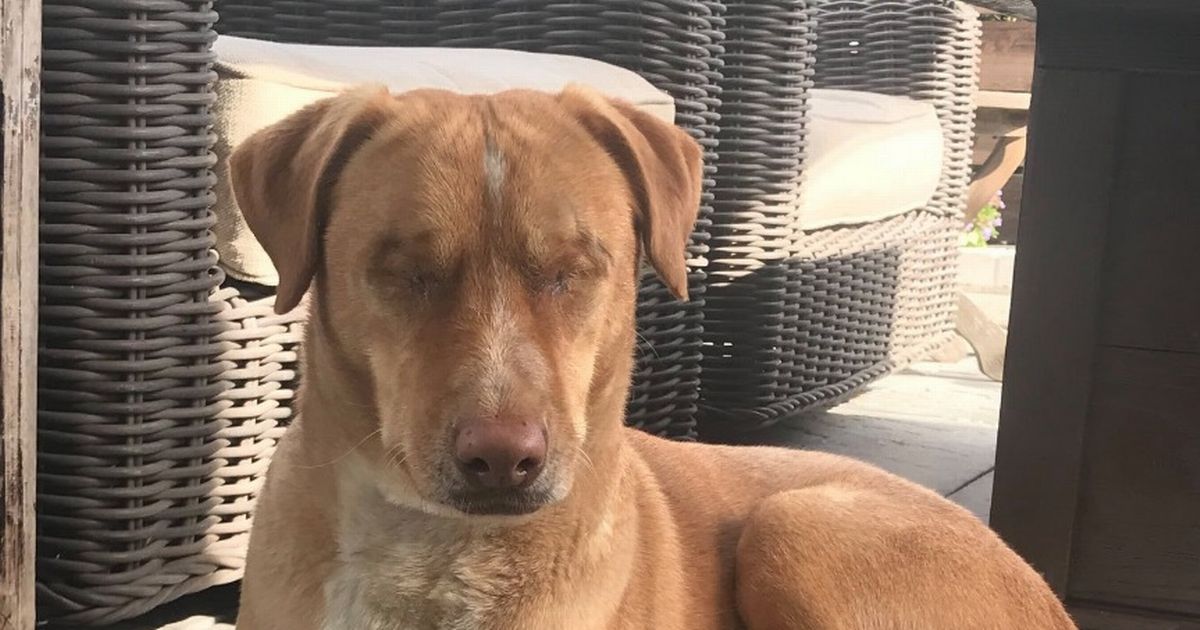 A blind dog whose owners had his eyes removed to skimp on treatment, has been abandoned in In "a case unlike any other seen".

Louis the three-year-old labrador/shepherd mix is now waiting for his forever family to find him after being taken in by an animal rescue centre in late December.

Helen Woodward Animal Center in Rancho Santa Fe, California, US says Louis was permanently blinded by his previous owners who chose to resolve his eye infection by taking them out.

Heartbreakingly, Louis arrived at the centre still adapting to his complete loss of sight which had led to his former owners giving him up.

A medical check revealed that the dog also had old, untreated injuries, which likely came from being hit by a car, People reports.

Helen Woodward Animal Center Adoptions Director Hella Tyler said in a statement: "It is incredibly important that people who consider getting a pet know the obligations they take on with these animals.

"When people get their pets for free off of Craigslist, they don't seem to realise that pets come with responsibilities and a monthly expense for their caretaking, including medical care.

"In turn, these pets will provide their owners with unparalleled love. They pay it back tenfold. It's just devastating to see an animal treated the way Louis was treated."

Louis was quickly placed in a foster home to learn more about living in a family home without being able to see.

The centre is hoping someone can swiftly offer him a "mellow home" with another "sweet dog".

Helen Woodward Animal Center wrote on Facebook : "After weeks of recovery and adapting to living with his foster, this loving and calm three-year-old #Lab #Shepherd blend will be looking for his forever home starting Wednesday.

"When asked what would make the perfect match for Louis, his foster wrote, 'Louis needs a mellow home, one story, someone who is home all the time with another sweet dog. He told me to let you know!'

Lates News:
2021-01-12
Previous Post: Bitcoin SV Academy: Steve Shadders on why there’s something for everyone
Next Post: Coronavirus UK: Nurse posts selfie of her sore and exhausted face