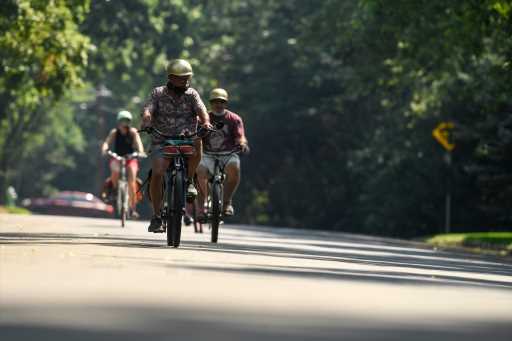 Up to 860 rebate vouchers will be available starting at 11 a.m. Jan. 31, according to a Denver Office of Climate Action, Sustainability and Resiliency news release.

Denver residents can save $300 off the price of an e-bike and an income-qualifying rebate can save eligible residents $1,200 off the purchase price, according to the release. Purchase of an e-cargo bike adds $200 in savings to both the standard and income-qualified vouchers.

“E-bikes are an effective and affordable way for people to move about the city and to meet our city’s ambitious climate action goals,” Mayor Michael B. Hancock said in the release. “This program showed there was a desire in our community for new, sustainable mobility options, and I’m excited to see the e-bike rebate program expand and continue to evolve our residents’ transportation habits.”

In September, 600 e-bike rebates were snatched up by Denver residents in under ten minutes.

In the 2022 program, 4,734 e-bike rebates were redeemed, and 2,330 of the rebates went to income-qualified residents, city officials said. A Denver survey of e-bike voucher users found that e-bikes are changing the way people move around the city.

Increased sales competition because of the rebate program has dropped the average price of an e-bike in Denver from $2,600 to $2,100, according to the release. In 2023, the city will shift to an 11 a.m. release window to help residents without home internet to more readily access Denver Public Library branches to use the application portal.

Also in 2023, CASR is earmarking 600 rebate vouchers for residents of Denver’s NEST communities. The program this year is adding Angeltech Cycles and Any and All Bikes to the list of participating bike shops. Both offer adaptative e-bikes for people with disabilities.