Stunned police find two machine guns and hundreds of bullets hidden behind false wall in raid on drug dealer’s house that also netted £140,000 cash and kilo of cocaine and saw him jailed for 16 years 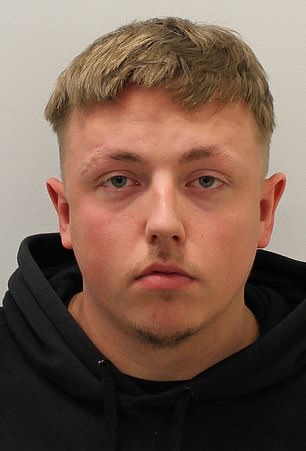 Drug dealer Terence O’Connor has been jailed for 16 years after police found him in possession of machine guns, drugs and cash

A drug dealer has been jailed after police discovered a cache of machine guns hidden behind a false wall during a raid on his home where they also found drugs and money.

Terence O’Connor was jailed for 16 years and three months after admitting a string of drug and weapons offences including two counts of possession of a firearm with intent to endanger life.

O’Conner, 25, first came to the attention of the Met’s money laundering team while they were carrying out surveillance on another suspect.

In April last year, specialist officers saw O’Connor hand what they believed to be a bag of cash to the suspect before moving to the boot of the car he had pulled up in.

Concerned about what he might be moving, detectives approached in unmarked vehicles and detained O’Connor at the back of the car.

Detectives searched a black rucksack at O’Connor’s feet and they found a large quantity of cocaine hidden inside it.

O’Connor stated to the officers without warning, ‘I’ve never seen that before’, a court heard yesterday. 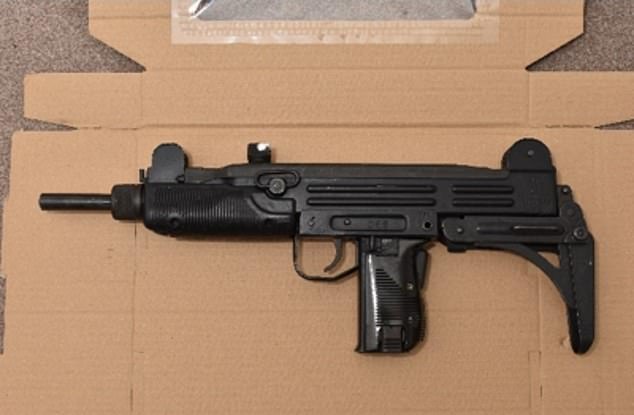 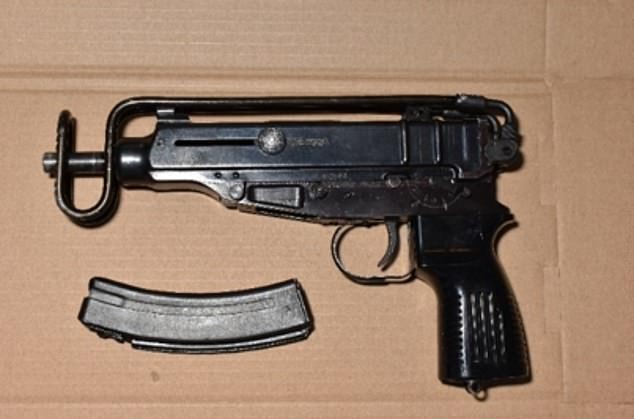 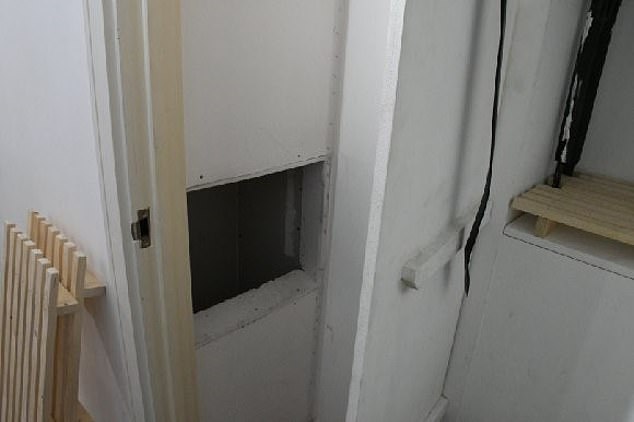 After finding cash and drugs, police found this hidden compartment where weapons were kept

Officers also found that he was in possession of an encrypted ‘EncroChat’ mobile phone widely used by criminals operating in organised gangs.

During a search of his home in Edgware, detectives discovered £143,080 in cash, a money counting machine and additional quantities of cocaine.

In total officers seized about 1kg of cocaine, with a wholesale value of about £32,000 to £36,000 – although its value was likely to be more at that time because the UK was in lockdown, police have said.

Detectives believe that empty drugs packaging recovered from inside the address indicated that upwards of 100kilos of cocaine had been processed at the location.

Within the flat, police then discovered a false wall panel concealing a void behind it.

Inside the void was a holdall containing the cache of automatic weapons and ammunition. Officers also discovered a compatible silencer. 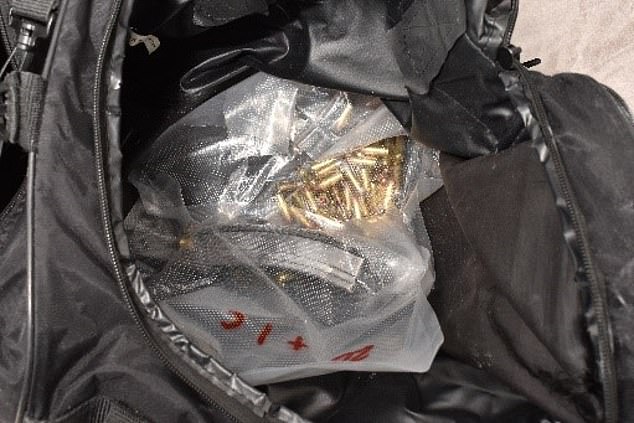 As well as two machine guns, police found hundreds of bullets compatible with the weapons 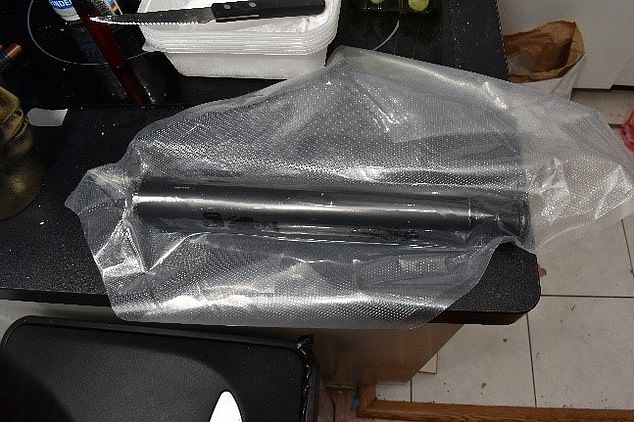 The weapons were made safe and were sent off for testing and forensic analysis confirmed the weapons seized were a fully functioning 9mm Uzi sub machine gun and a .32 auto Skorpion sub-machine gun.

Both were accompanied by compatible magazines and were compatible with the silencer.

In addition, 332 rounds of compatible ammunition were recovered, which included additional rounds of .38 calibre ammunition.

Following the forensic analysis of the weapons, he was later additionally charged with two counts of possessing firearms with intent to endanger life.

O’Connor, now of Bolton, admitted all charges at Harrow Crown Court in two separate hearings in August last year and February this year. 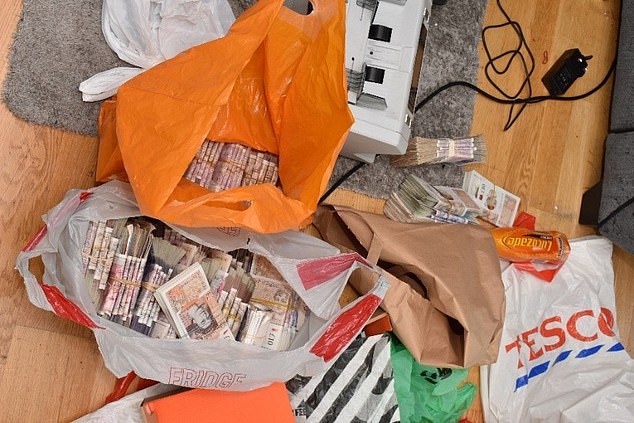 Yesterday, at the same court, the 25-year-old was sentenced to 16 years three months in prison.

Det Con Kevin Davies, the investigating officer from the Met’s Proactive Money Laundering Team, said: ‘This sentence reflects the seriousness of the matters under investigation and will serve as a deterrent to those involved in serious and organised crime.

‘O’Connor was involved in large scale drug trafficking and was also instrumental in the laundering of the proceeds of this crime.

‘He had possession of dangerous automatic weapons, ammunition and a silencer, which would have been capable of causing death and serious injury on the streets of London.’

‘This investigation shows the close link between money laundering and those committing the most harm within London’s communities.

‘It is also another example of the inextricable link between money, drugs and violence.

‘We remain committed to putting people like O’Connor behind bars to ensure London is a safer place for everyone.’