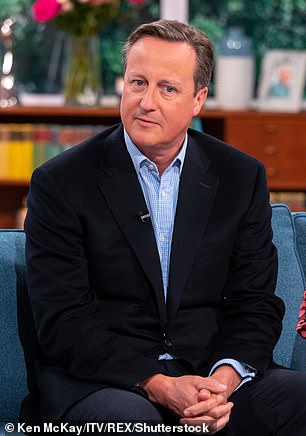 The ex-prime minister contacted financial secretary to the Treasury Jesse Norman while attempting to get access to chancellor Rishi Sunak, it has been claimed.

Norman was better known to Cameron, having served as a Downing Street policy advisor from 2013 and been in the House of Commons since the beginning of the 2010 coalition government, The Times reports.

Revelations of Cameron contacting Norman bring up more questions over the extent of lobbying across the government that the former PM pursued for the sake of Greensill – which collapsed in February.

He had been working as a senior adviser to the company at the time, with his share options believed to be worth around $60million.

Norman was not responsible for the coronavirus support schemes, but he held an important role in the Treasury’s overall response to the pandemic as a minister responsible for HM Revenue & Customs.

Sunak said he was contacted by Cameron, who also contacted senior Treasury officials and the Bank of England, reports say.

It is understood that representatives of Greensill held ten calls with senior Treasury officials between March and June 2020, seeking access to the Bank of England’s loan scheme.

Sources have claimed that when Greensill was told it was not eligible for the scheme, Cameron made contact with Norman and Sunak directly in a lobbying attempt to make the rules broader. 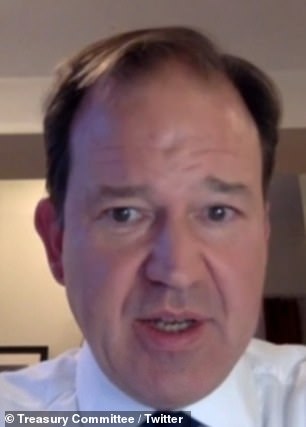 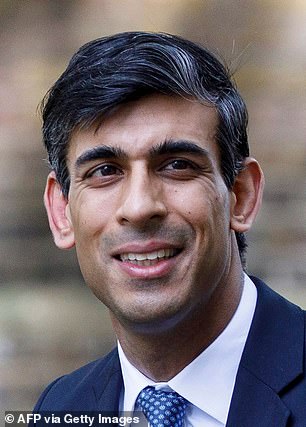 The ex-prime minister contacted financial secretary to the Treasury Jesse Norman (left) while attempting to get access to chancellor Rishi Sunak (right), it has been claimed

Both Norman and Sunak referred the matter to officials and the decision was not changed, it is understood.

Earlier this week Sunak broke his silence over the Cameron lobbying row with a swipe at the former Tory prime minister.

He did not deny that Mr Cameron directly contacted him seeking million in Covid aid cash to help bail out financier Greensill Capital before it went bust.

But in a cutting comment he added that: ‘It’s important that, whoever people are, whether they’re prime ministers or anyone else … that they follow the rules and the guidelines that we have in place for lobbying.’

He defended the right of the Treasury to speak with ‘stakeholders’ but added that the department ‘rejected, ultimately, the suggestion’ that it intervene to help Greensill, which collapsed earlier this year.

Mr Cameron was cleared last week of breaching lobbying rules after a probe by Harry Rich, the registrar of consultant lobbyists – a post set up in legislation passed by Mr Cameron’s Government in 2014.

‘The Conservatives cannot keep turning a blind eye to David Cameron’s behaviour and must get a grip of the cronyism at the heart of Government.’