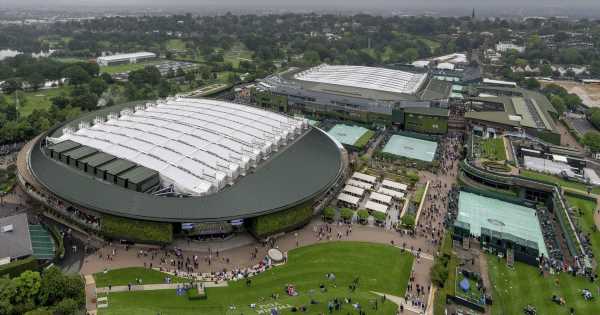 Brit security experts have defeated Russian hackers’ attempts to cause chaos at Wimbledon.

Putin-backed spies have tried disrupt the tournament after Russian players were banned following the invasion of Ukraine.

But a team of UK security experts based in a bunker under the All England Club have successfully protected the
famous tournament from the attacks.

A Wimbledon source said: “This fortnight has seen repeated attempts from known Russia signatures trying to cause any type of disruption they can.

“The cyber security personnel have done a fantastic job keeping out these attacks, as the last thing we need is Wimbledon locked out of its own systems and subsequently held to ransom.

“There are iron-clad firewalls which protect payment and ticketing systems, personal data and even the tech which operates things like the scoreboards and Hawkeye systems.

"Wimbledon is a global TV spectacle and these hackers have spent most of it trying all types of backdoor stuff, but they are being shut out.”

They work around the clock in underground bunkers known as the “nerve centre”.

Cyber security expert Elouise Hunt said: “I imagine the Russians are trying to bring disruption to games to embarrass the country.

“But they could also be trying to access sensitive security information – plus see encrypted files about players and staff – which poses a much bigger problem in keeping people safe.

“They security teams have done a fantastic job. You wouldn’t know there have been any problems.”