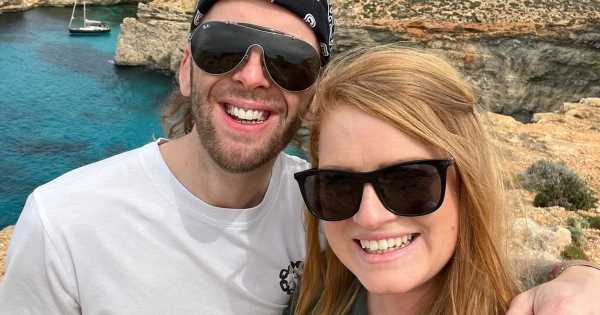 A man has spoken out about the "mayhem" and chaos he witnessed while queuing at Manchester Airport.

Jack Makin and his wife Laura witnessed children "forced to wee in plastic bags" and travellers collapsing due to the huge security queues.

Manchester airport has made headlines in recent weeks as staffing shortages and increased demand have created huge queues. Which in some cases has meant holidaymakers have missed their flights.

The couple, both 32-years-old, arrived at the airport three and a half hours before their flight to Malta but the process of getting from check-in to the boarding gate took five "intense" hours – despite booking fast-track security passes.

During which he says he saw one child be sick "from dehydration and exhaustion" in the "horrendous" security queues.

Manchester Airport has since apologised to any passengers who had an 'unsatisfactory' experience on April 1 – the day of the flight, as reported by the MEN.

Jack, a postman and photographer and his paramedic wife Laura, from Winsford in Cheshire, were jetting off on the trip to celebrate their five-year anniversary, but wish they "hadn't bothered".

Due to staffing shortages, all Terminal 3 and 1 passengers had to go through the same security.

Jack said: "So we had two terminals worth of people going through one security area. It was mayhem. There was about five staff manning the whole thing and handing out trays for luggage.

“A family in front of us had a child who started being sick due to dehydration and heat exhaustion. Kids were having to pee in the plastic bags that you'd usually put liquids in. It was horrific."

Despite arriving at 4.30pm, the couple were still queuing to get their bags through security at 8.15pm, when their flight was due to take off at 8.05pm. Jack asked the airport staff if their flight had left but no one could answer him.

Jack said they were "tired and hydrated" after this "hellish ordeal" and "could have cried" when they got to the boarding gate and saw the Ryanair flight parked up on the tarmac.

The flight took off at around 11.15pm but two and a half hours into the flight, a woman collapsed through the toilet door. An elderly man then "dropped to the floor" a short time later.

Paramedic Laura assessed both of the casualties, both of which were suffering from low blood pressure and with the help of the Ryanair staff, recovered quickly.

A spokesperson for Manchester Airport apologised for the delays and said that security workers handled the 'challenging circumstances' as best they could.

In a statement, the spokesperson said: "We apologise to passengers whose experience on the evening of Friday April 1 was unsatisfactory.

"Our industry is facing staff shortages and recruitment challenges at present after the most damaging two years in its history.

Keep up to date with all the latest news stories. by signing up for one of Daily Star's free newsletters here.

"On some occasions, including on the evening in question, this led to delays in passing through security, as well as other parts of the passenger journey that are managed by airlines and third parties, such as check-in and baggage reclaim.

"Wherever possible, our security staff prioritised passengers within queues, with the aim of ensuring that they did not miss their flights.

"We also have a special assistance service available for passengers who are less mobile and those who cannot stand for long periods, which can be pre-booked through their airline.

"We have launched one of our largest-ever recruitment drives and hundreds of new security staff are in the process of being vetted and trained.

"Unfortunately, though, this is not a quick process, and at times in the coming weeks, we do expect wait times in security to be up to 90 minutes.

"As such, we are asking passengers to arrive at the airport three hours in advance and to double-check their hand luggage complies with security rules before arriving, as any additional screening of bags will add to wait times.

"If passengers do this, we are confident that we will be able to get them away on their travels."