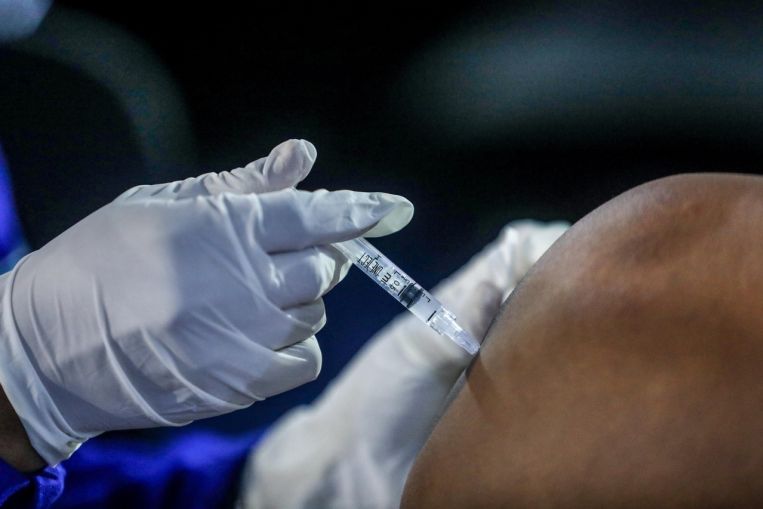 LONDON (REUTERS) – A growing number of countries are looking at switching to different Covid-19 vaccines for second doses or booster shots amid supply delays and safety concerns that have slowed their vaccination campaigns.

However, the World Health Organisation warned on July 12 against the practice, calling it a “dangerous trend” since there was little data available about the health impact, while Europe’s drug regulator made on July 14 no definitive recommendations on switching doses.

The following are countries that are considering, or have decided to adopt, such a solution:

Bahrain said on June 4 that eligible candidates could receive a booster shot of the Pfizer/BioNTech or the Sinopharm vaccine, regardless of which shot they had first.

Bhutan’s Prime Minister Lotay Tshering said on June 24 he was comfortable about mixing-and-matching Covid-19 vaccine doses to immunise a population of about 700,000 people.

The National Advisory Committee on Immunisation said on June 17 that the provinces should offer recipients of a first dose of AstraZeneca’s vaccine a different shot for their second dose, CBC News reported.

Chinese researchers are running an early-stage, small-scale trial on the mixed inoculation of one dose of the vaccine from CanSino Biologics (CanSinoBIO) , followed by one dose of the shot provided by a unit of Chongqing Zhifei Biological Products, clinical trial registration data showed in April.

Researchers are also running a trial using one dose of CanSinoBIO’s shot as a booster for those who have already received one or two doses of an inactivated vaccine, according to clinical trial registration records in June.

Indonesia is considering offering a booster shot to its healthcare workers immunised with Sinovac’s vaccine, as thousands of them are now testing positive for Covid-19.

Italy’s medicine agency AIFA said on June 14 that people under the age of 60 who were inoculated with a first dose of the AstraZeneca shot can receive a different second shot.

A study from South Korea found in July that a mixed vaccination of an AstraZeneca shot first and then a Pfizer one boosted neutralising antibody levels six times more than two AstraZeneca doses.

Thailand said on July 12 it would use AstraZeneca’s shot as a second dose for people first inoculated with Sinovac’s vaccine, in an attempt to increase protection.

The move is the first publicly announced mix-and-match of a Chinese vaccine and a Western-developed shot.

The United Arab Emirates has made the Pfizer/BioNTech coronavirus vaccine available as a booster shot to those initially immunised with a vaccine developed by the China National Pharmaceutical Group (Sinopharm).

A representative of Mubadala Health, part of the state fund, said a different vaccine could be provided as a booster shot, but this was at the recipient’s discretion and health professionals did not make recommendations.

Vietnam said on July 13 it would offer the mRNA vaccine jointly developed by Pfizer and BioNTech as a second dose option for those who received the AstraZeneca vaccine as their first dose.

Lates News:
2021-07-26
Previous Post: Countries weigh 'mix and match' Covid-19 vaccines
Next Post: Here's how much taxpayers can get in added federal benefits