India has become the second country to record more than eight million coronavirus cases amid fears of a further spike due to a series of upcoming Hindu festivals – including Diwali.

The health ministry’s most recent figures reported 49,881 infections and 517 deaths in the past 24 hours – bringing the overall case count above 8.04 million and the death toll to 120,527.

While nationally the daily infection rate is dropping, India‘s capital of New Delhi saw its worst day on record on Wednesday, with 4,853 new coronavirus cases – having managed to get below 1,000 per day last month. 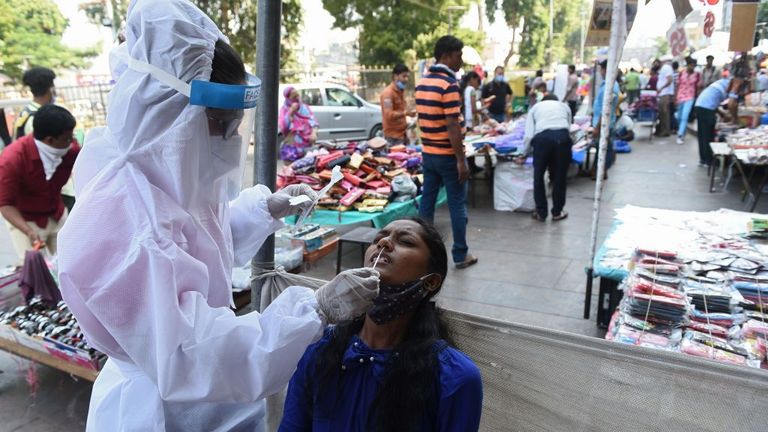 Dr T Jacob John, a retired virologist who was head of the virology department at CMC Hospital, Vellore, southern India, warned that in most parts of the country the infection curve was never flattened.

He added that the festival season was likely to cause an uptick in the rate of infections as people gathered without masks and social distancing.

Arvind Kumar, a doctor in the capital city, said: “I am shocked, but not surprised. There seems to be a sense of complacency in adhering to mask and distancing norms.”

Shops, businesses, trains and cinemas have all been reopening, and the country’s third-largest state of Bihar – with its population of 122 million – has been holding elections.

And as well as it currently being the month of Kartika – the holiest month in the Hindu calendar, with festivals including the five days of Diwali upcoming – winter will bring cooler and drier weather.

There are concerns that the conditions – and the associated increase in pollution levels – will lead to an increase in COVID-19 cases and other respiratory illnesses in the world’s most populous democracy. 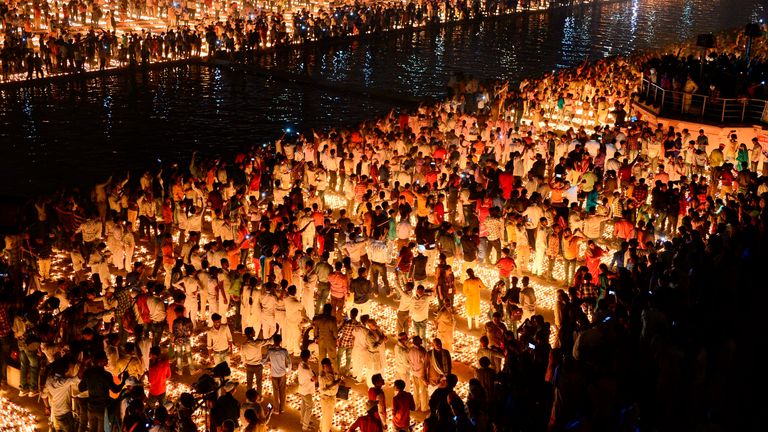 India reported few cases of the coronavirus at the start of the pandemic, but saw a steep rise once summer started.

In August alone, the country added more than two million new cases, and in September another three million people caught the virus. Only the US has more confirmed cases of COVID-19, with more than 8.8 million, while India sits third worldwide to America and Brazil‘s death counts of 227,700 and 158,456 respectively.

The Indian government has promised to provide a coronavirus vaccine to 250 million people by July of next year.