A memorial continues to grow outside of an Oshawa home where five people were shot dead early Friday, including the alleged suspect.

Community members are expressing shock and sorrow at the deaths, with friends sharing their memories of those who were lost in the shooting on Parklane Avenue.

“They were amazing, they always welcomed my daughter into their home,” said family-friend Terri-Ann Muldowney.

“Their home was the most welcoming place you could go. They treated everybody like part of the family … It’s just complete shock. Everybody is overwhelmed, unbelievable.

“It’s like a bad dream you can’t wake up from.”

Family identified the victims as Chris Traynor, a teacher at Monsignor Paul Dwyer Catholic High School in Oshawa, and his three children: Bradley Traynor, a student at the University of Guelph, Adelaide Traynor, a Grade 10 student, and 11-year-old Joseph Traynor. A fourth child who reportedly attends Queens University was not home at the time of the shooting.

The mother of the children and Chris’ wife, Loretta Traynor — who works as a teacher — survived the shooting, suffering serious but non-life-threatening injuries.

“I just know things won’t be the same for (Loretta) and I’m going to pray for her every night and just hope she knows she has my thoughts,” said Lindsay Muldowney, who played hockey with Adelaide.

“Her little brother Joey he was the craziest little boy you will ever meet. Always just wanted to be a part of everything. He’d play board games with everybody … Bradley, he kind of kept to himself. He always supported his little sister.”

“He would always be there for everyone. His smile could light up a whole room,” Medeiros told Global News.

“He would help anyone in need and when he was sad he would try to make other people happy because he didn’t want to see anyone sad.” 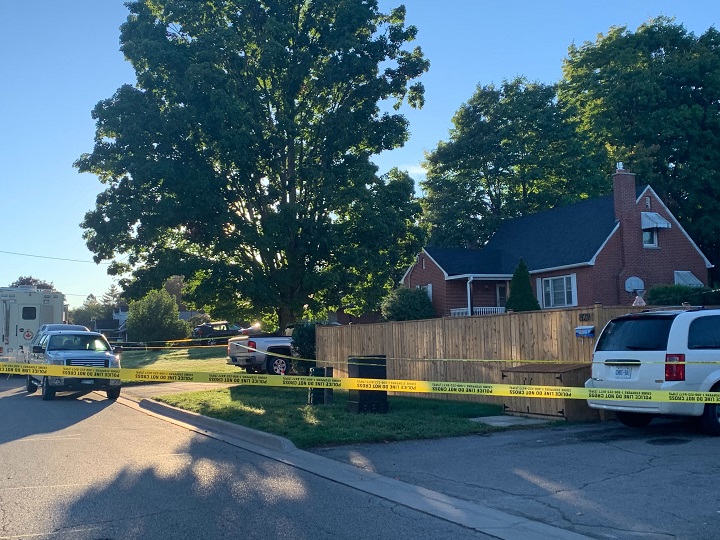 Global News learned the alleged suspect in the shooting was 48-year-old Winnipeg resident Mitchell Lapa, who is Loretta’s bother. A source told Global News Lapa had been fighting with his sister over their late father’s will.