CO tech worker fired after posting TikToks about her salary 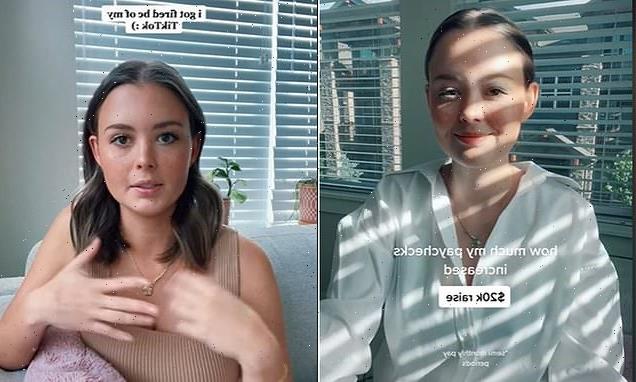 Denver tech worker is fired after posting TikTok videos explaining how she got new job that bumped her salary from $70,000 to $90,000

Lexi Larson started a new job last month at an undisclosed company only to be fired two weeks later over ‘security concerns’ after they discovered her salary transparency TikToks.

In one of the videos still up on her account Larson breaks down the $449 bimonthly increase – or almost $900 monthly – she would be receiving with her new salary.

This video, among others, is what Larson suspects got her ‘fired out of nowhere.’

‘Basically, my employer found my TikToks [and] really, really did not like that I was sharing my salary,’ she said in one of the several videos she posted about the firing. ‘They said it was a security concern because I could post something private about the company on my TikTok account.

When asked if she had broken company policies, or posted something that threatened security, she was told ‘not at this time, but it could happen at any time in the future,’ and it made them ‘question my judgement.’ 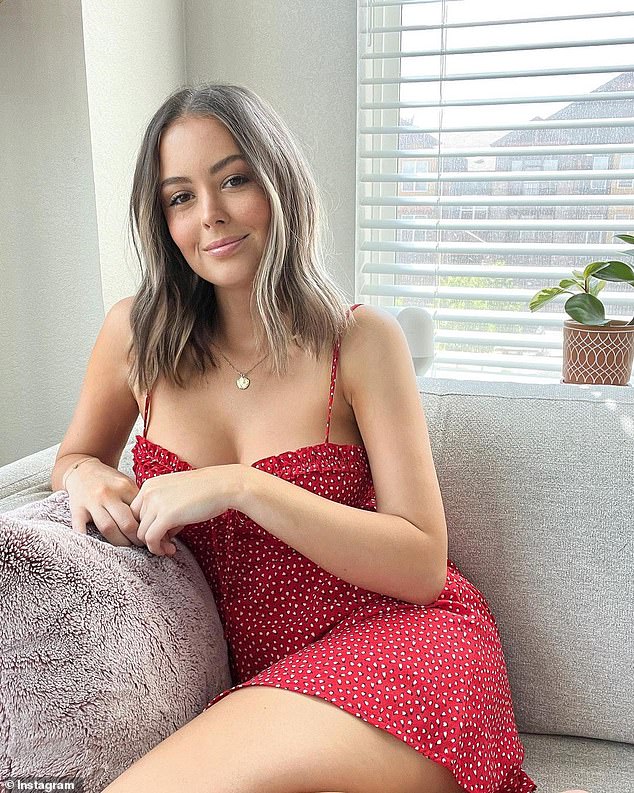 Lexi Larson was ‘fired out of nowhere’ 2 weeks into her new job after her boss found her TikToks account, where she posts salary transparency videos 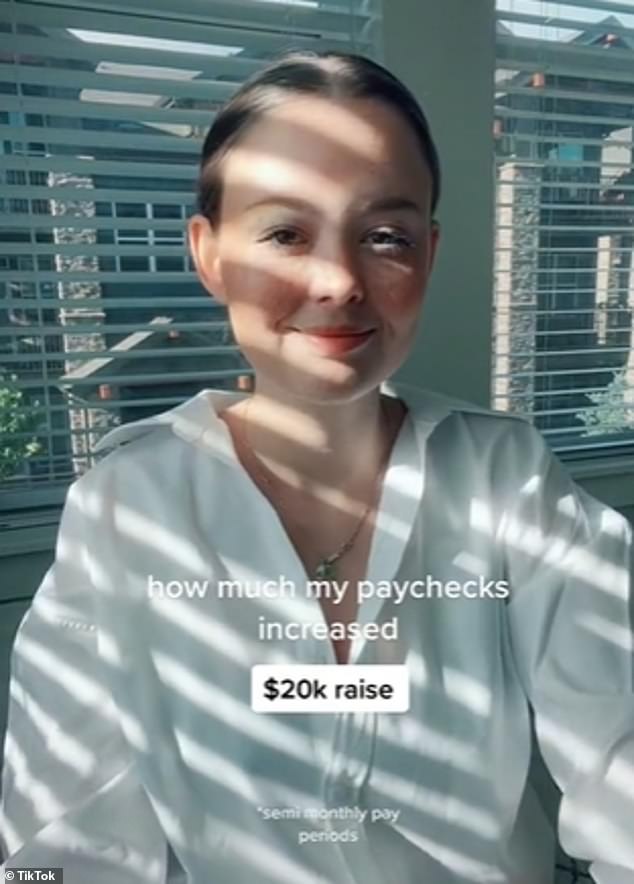 In one of many TikToks (pictured), she discussed her new job’s $20,000 bigger salary and claims she was fired for posting it

Although Larson did not – and could not – be fired for specifically talking about her salary, as employees are federally protected the National Labor Relations Act, she still decided to take some of them down just days before her firing after a ‘calculated’ phone call with her company.

Larson also said she thought there wouldn’t be a problem with her posting her salary, as she thought it was ‘public knowledge’ since Colorado requires job postings to include a salary range.

‘I did go and check their Colorado job posting after all this happened and they do not have salaries listed,’ she said in a TikTok.

The tech employee wasn’t even looking to leave her job at the time, but had been approached by the company, via LinkedIn. With rising rent and cost of living increasing, she thought it would be a good idea to jump ship when she was offered a much higher salary.

Larson went on to say that she viewed other creators posting similar content when she first made an account and found it ‘helpful’ and wanted to do the same. 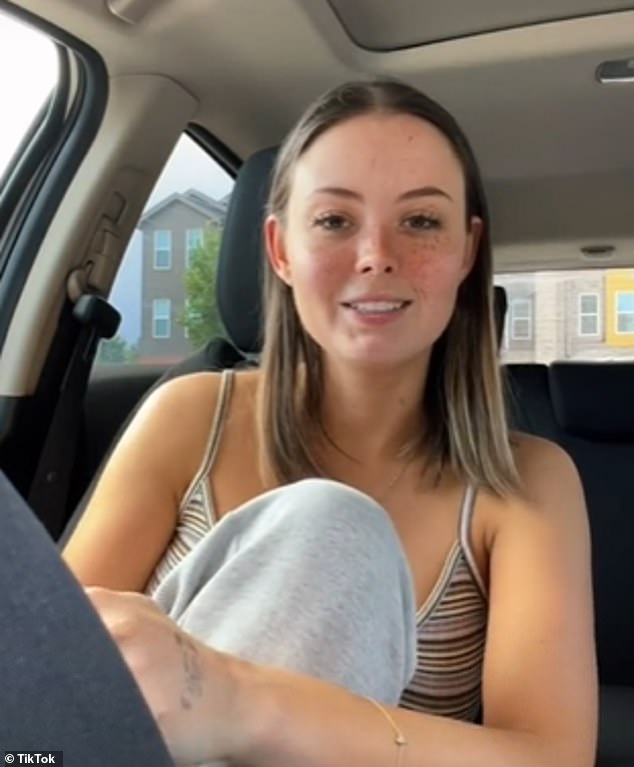 Her employee cited ‘security concerns,’ but admitted she had yet to post anything that threatened security

‘I also think salary transparency is important, just because that’s how you know you’re getting underpaid in the workplace, which – as a woman – I’m very passionate about,’ she said.

Luckily for Larson, she was able to call her old manager ‘sobbing’ and they offered her old job back, which she is set to return to on Monday. She also said her old/current employers are aware of her account and have ‘no issues with it.’

Whether or not Larson’s termination was legal – considering she had not breeched company policies and could not be fired for discussing her wage, comes down to a few factors.

One, Colorado – like many states – are an at-will state and can fire employees for no reason. Although, if employees can prove they were wrongfully terminated, they can sue.

However, another reason the company could have fired her was if she used company equipment for the TikToks. It is unknown if she used anything belonging to the company.

On the other hand, attorney and founder of Social Media Victims Law Center, Matthew Bergman, said Larson being fired for ‘the idea that her actions were a firing offense seems pretty harsh.’ 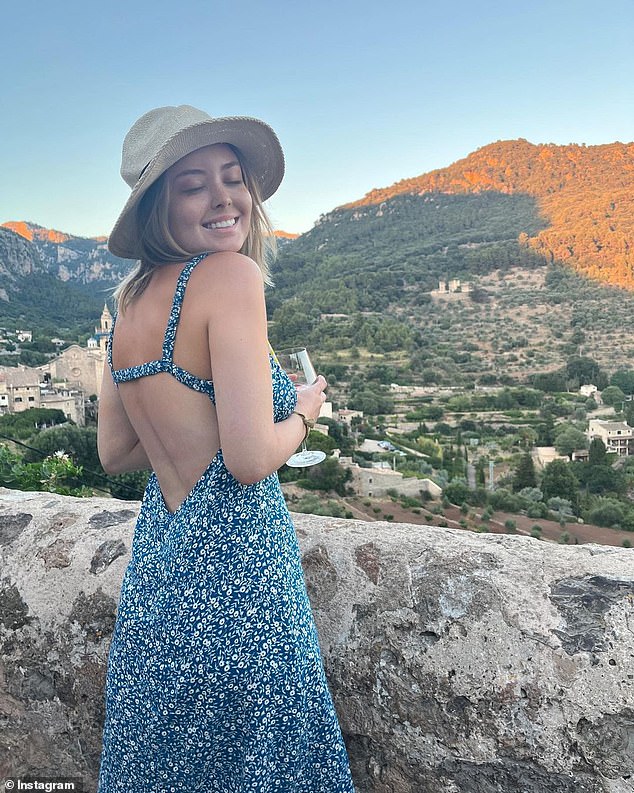 Larson could not be fired for discussing her salary, as it is protected under the National Labor Relations Act

‘She was only there for two weeks,’ he told USA Today.

Another lawyer, Bennitta Joseph, said Larson could have a good case against the company and should ‘think about contacting a lawyer if she can show she was terminated for discussing her wages.’

Companies will more than likely look at employees social media to make sure they are not spouting off discriminating statements or disclosing trade secrets.

Although companies cannot fire an employee for discussing their wage, Bergman told USA Today it’s ‘important to take a step back and be cautious when revealing personal information on social media.’

‘It’s probably better to keep your money matters offline,’ he told the outlet.

Lates News:
2022-07-17
Previous Post: Police officers back plan to go easy on shoplifters who steal to eat
Next Post: Crucial clues show Kaitlin Armstrong WANTED to be found after going on run for love triangle 'murder', friend says | The Sun