CHILD soldiers as young as five are ditching school to learn to shoot and fight against deadly drug cartels.

Kids have taken up arms to form part of a local militia to defend themselves and their families from Los Ardillos in Mexico. 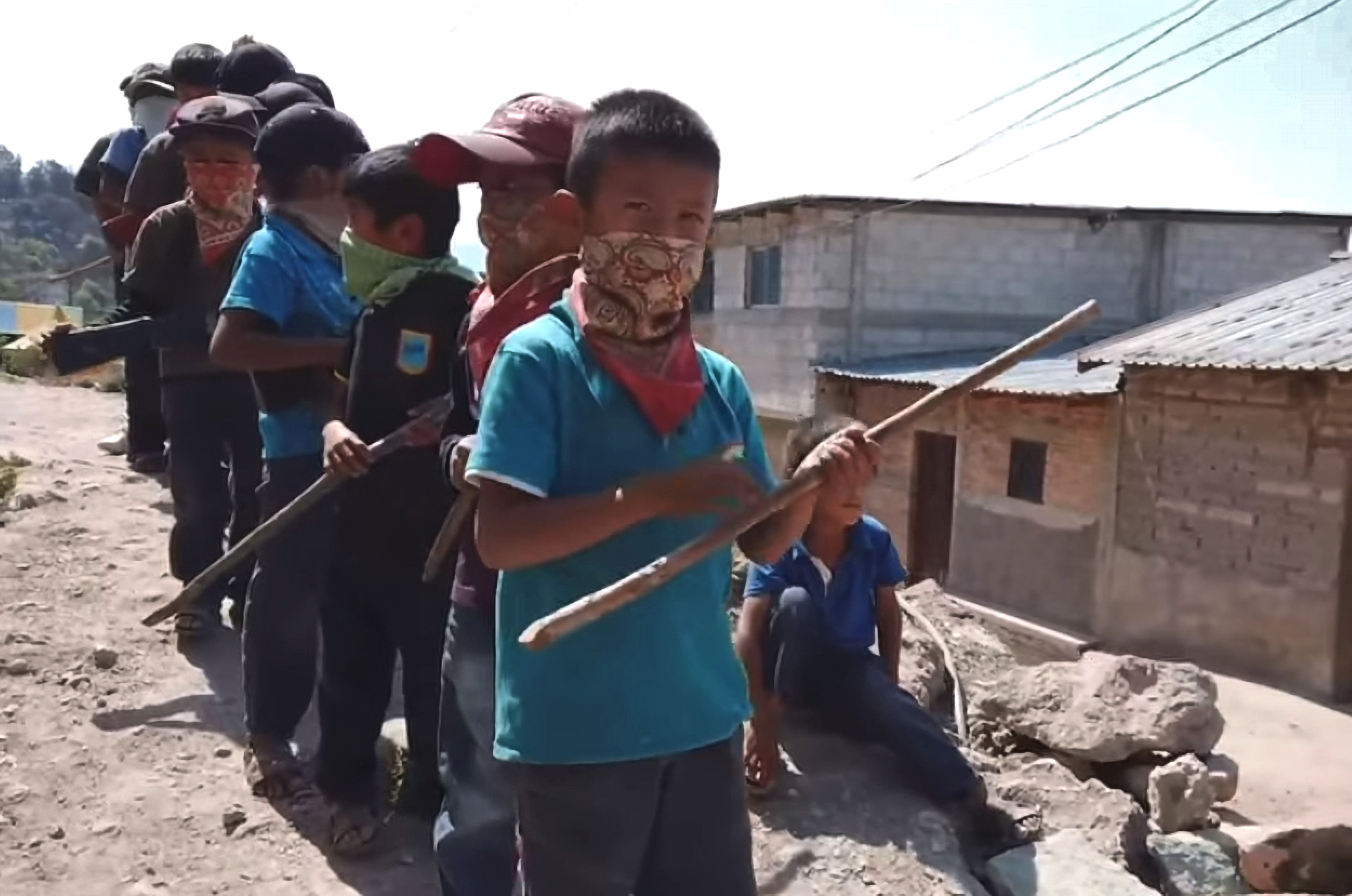 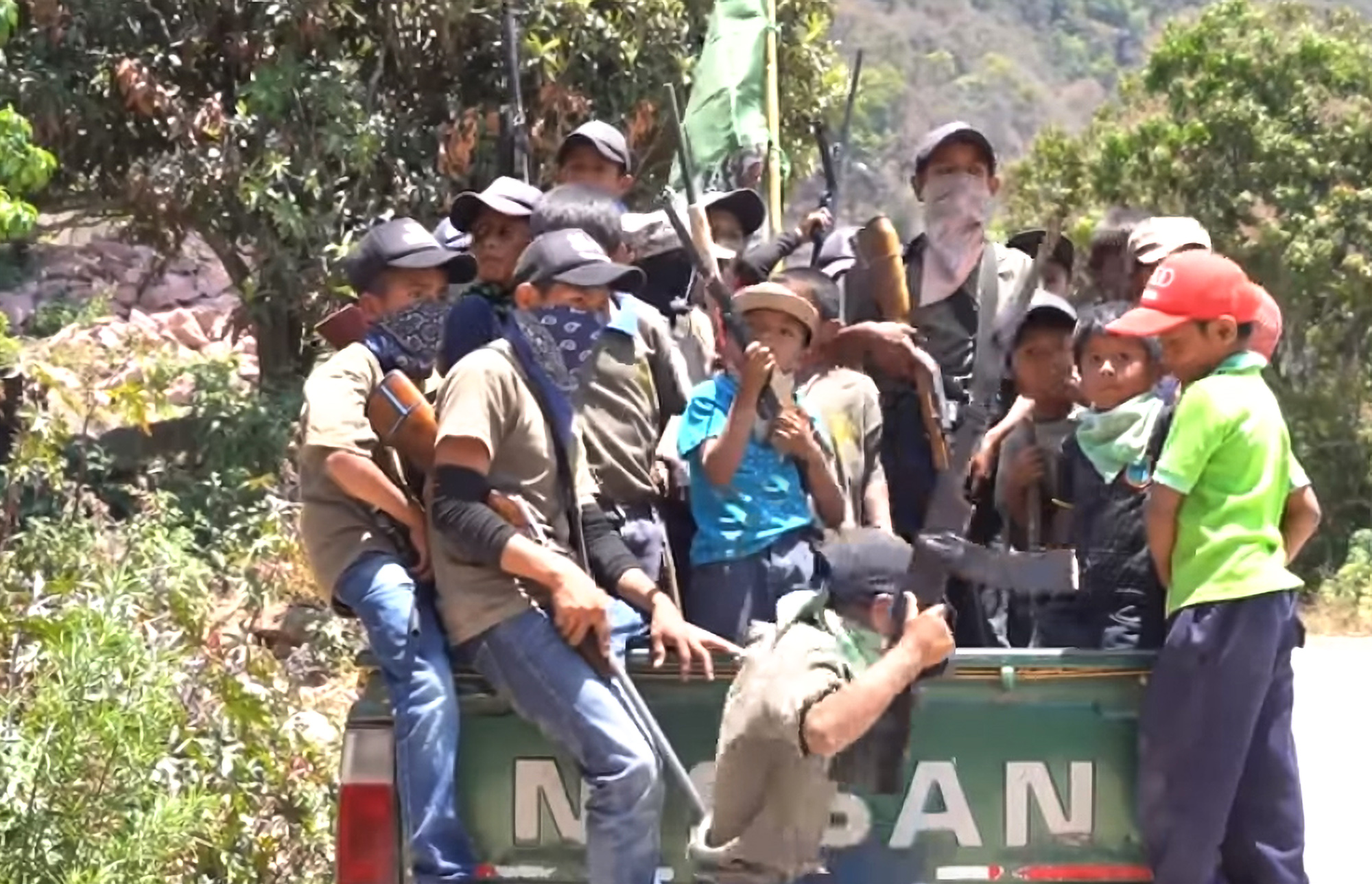 Thirty four child soldiers, aged between five and 15, marched through the village of Ayahualtempa in the south-western state of Guerrero on April 10.

Wearing caps and neckerchiefs pulled up around their faces, they carried rifles and clubs in an attempt to get the attention of the Mexican government.

They claim it left them completely unprotected and at the mercy of the drug cartels that dominate the state.

Three other cartels – Caballeros Templarios, Cartel de Jalisco Nueva Generacion, and Beltran Leyva – are in a constant war against each other and Los Ardillos over the state's lucrative drug trade.

Los Ardillos reportedly control a considerable amount of territory, often using slave labour to harvest poppy seeds that are used in the production of heroin.

But Guerrero is reportedly under-resourced and unable to protect its citizens from the cartels. 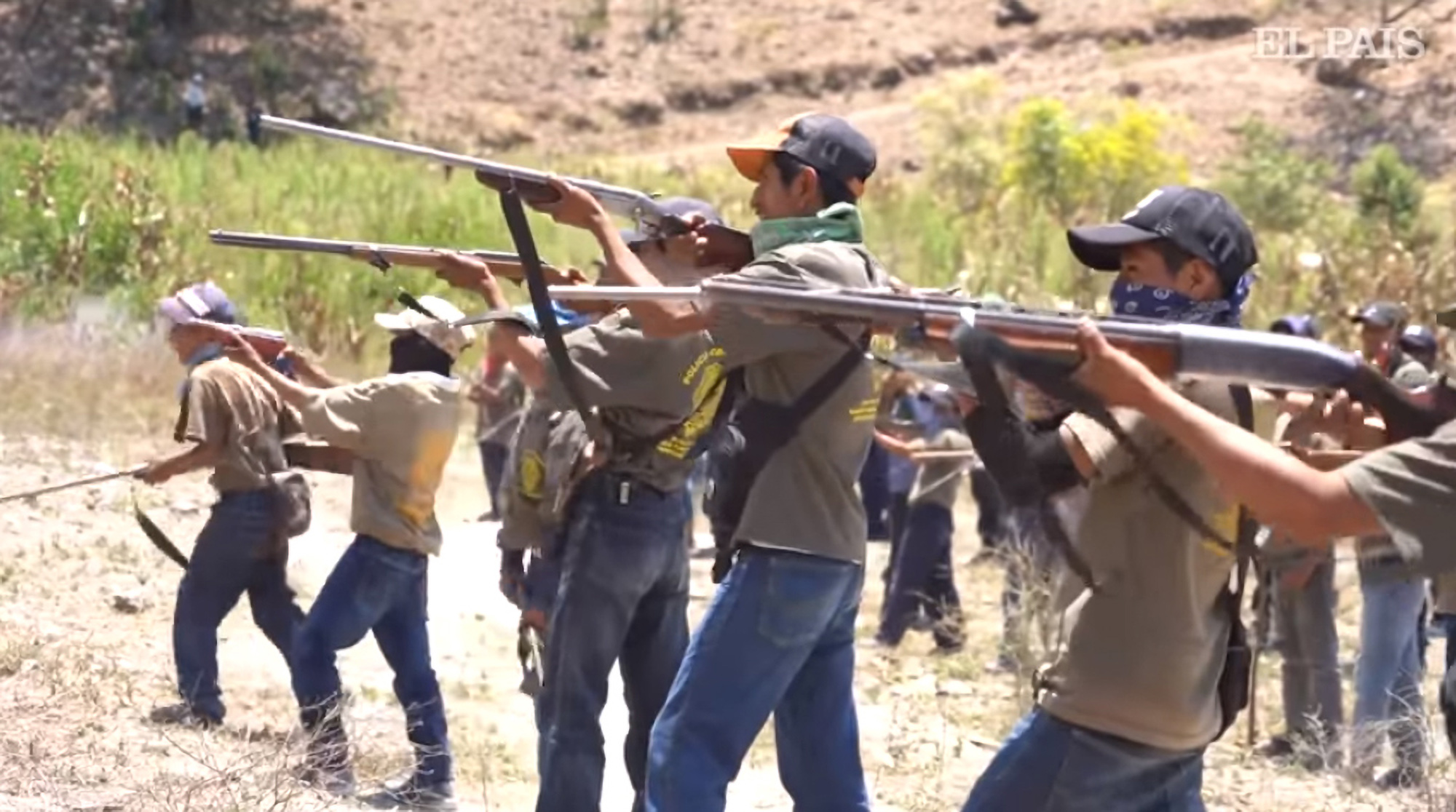 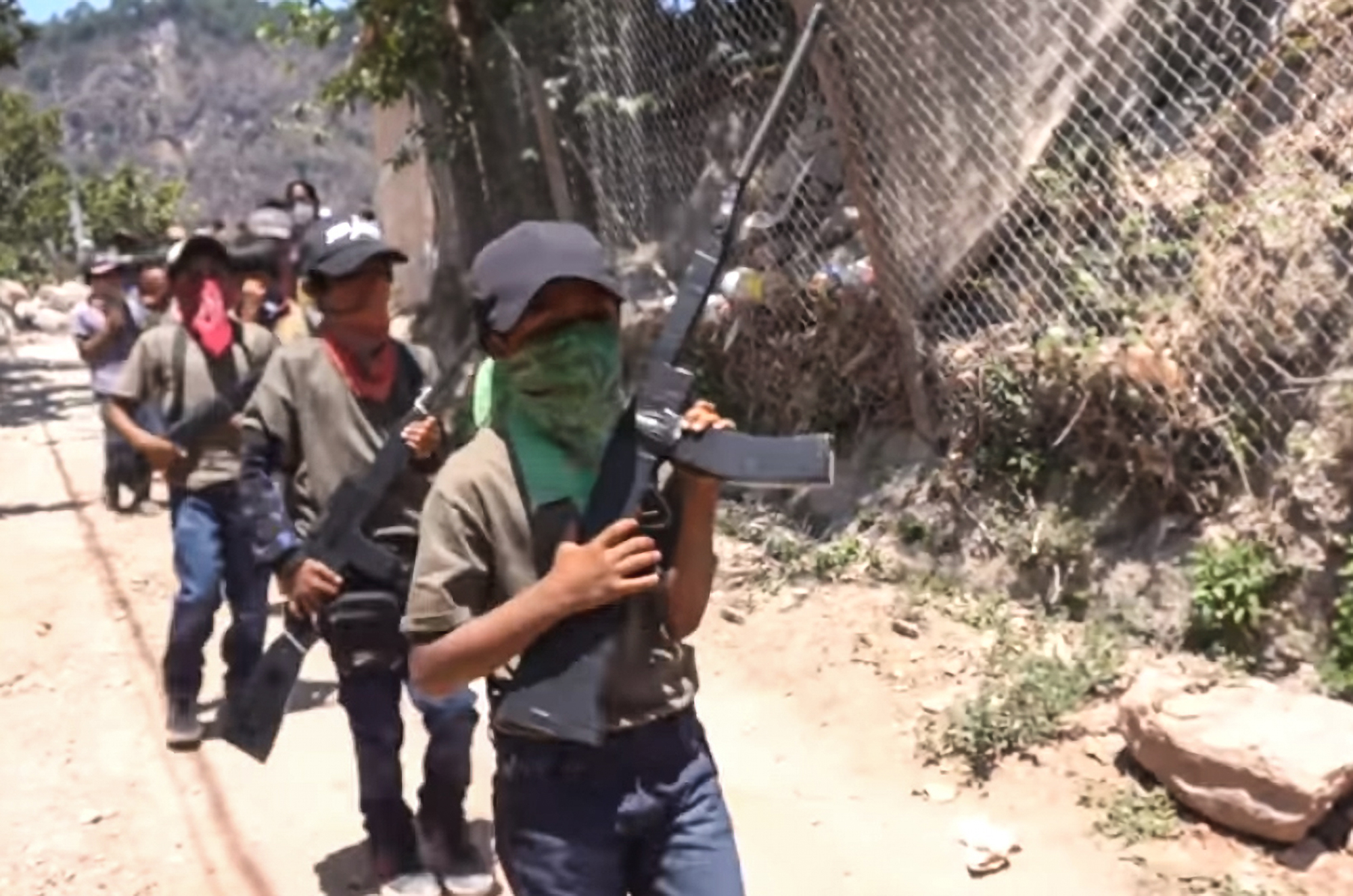 According to Non-Governmental Organisation Noria, the children's violent circumstances have forced them to become soldiers, giving up their futures to protect themselves from the brutality that dominates their communities.

The Regional Coordinator of Community Authorities (CRAC) has repeatedly called on the federal government to provide more protection from the cartels.

CRAC coordinator Bernardino Sanchez Luna, 48, told local news outlet Sinembargo that officials have failed to live up to their promises of providing security, healthcare, and education.

Bernardino, who acts as the leader of the armed child soldiers, explained that the youngsters are filling the void left by the underfunding of local security forces.

He told Sin Embargo that: "We are preparing the children because we don’t know if today or tomorrow, they (Los Ardillos) are going to come to kill us."

He added that the kids joined voluntarily driven by fear and the need to defend themselves and their families. 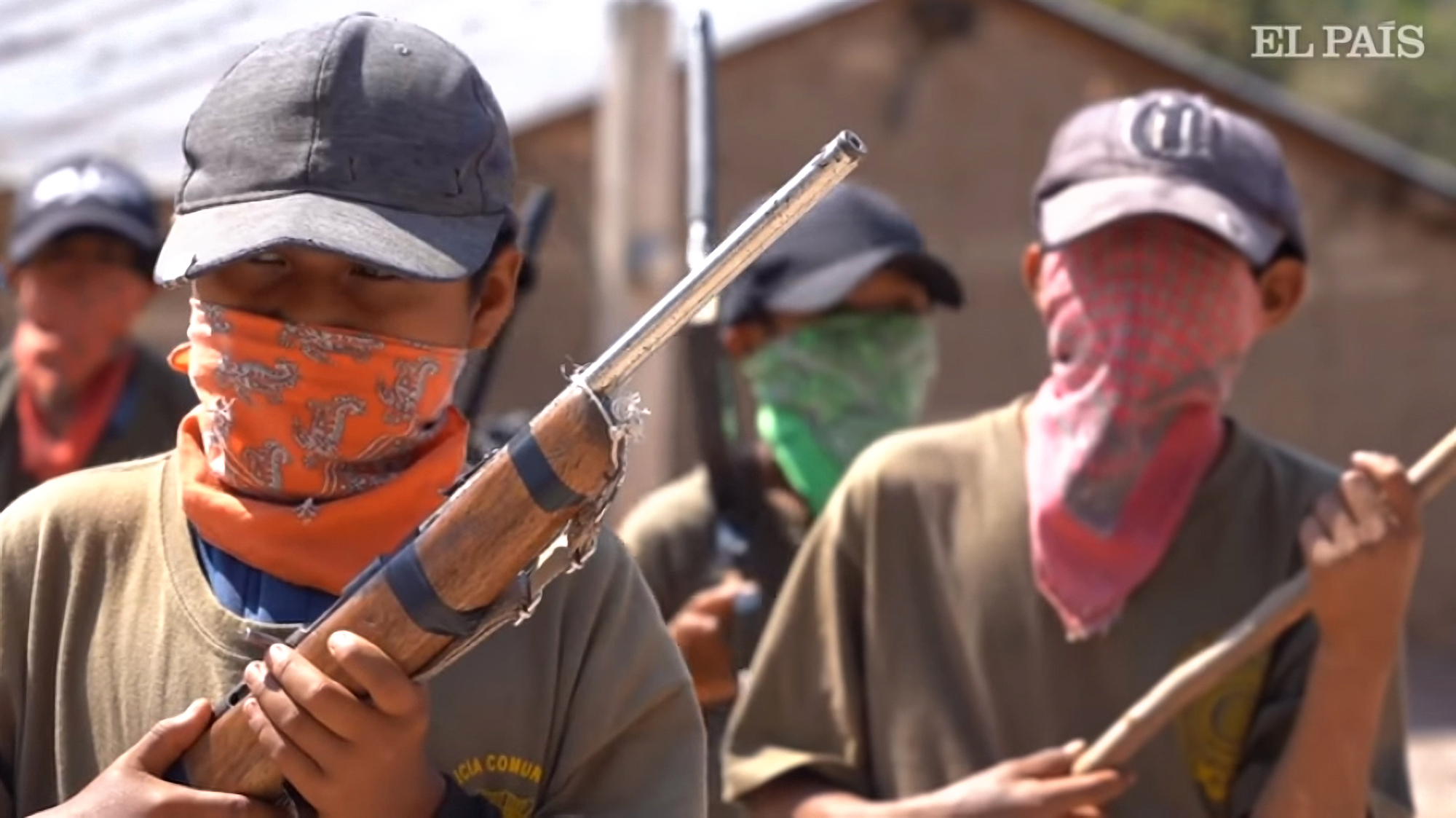 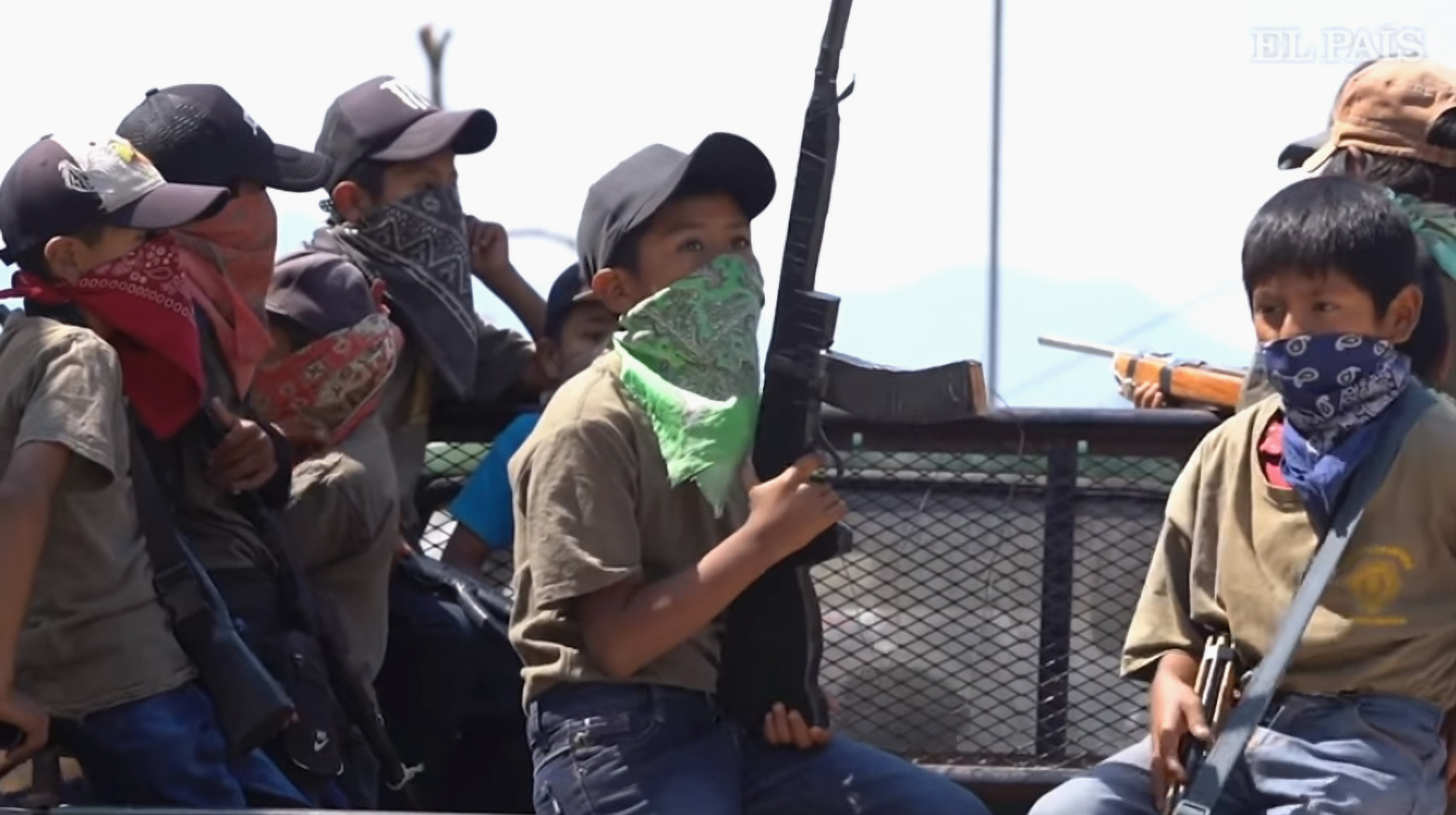 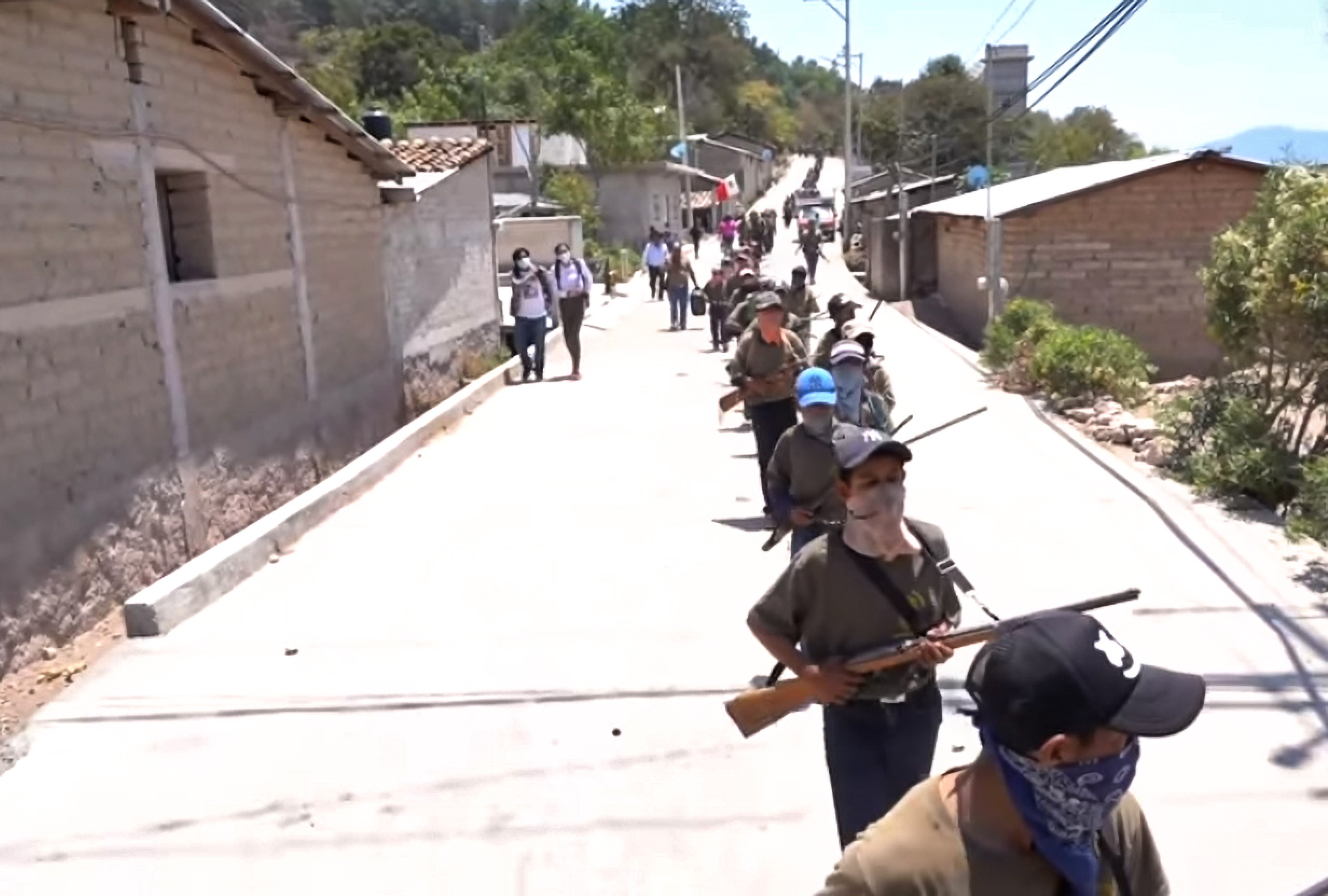 Their parents shared shocking images of the armed children marching to gain publicity.

CRAC hopes that by showing the world how the Mexican state's failure to protect its citizens from Los Ardillos is destroying the lives of children, they will be forced to act.

Los Ardillos is responsible for several kidnappings and murders in the state, according to CRAC.

One of the most shocking incidents attributed to the drug traffickers was the torture and murder of the band Sensation in January 2020.

The violence caused by Los Ardillos in the village of Ayahualtempa, which is home to just 600 people, has meant there are nine widows, 14 orphans and 34 refugees from nearby villages, local media reports.

Ayahualtempa, much like most of the state, is extremely impoverished with most children reportedly unable to attend school as the buildings are located in areas controlled by the cartel.

In 2019, a video was published depicting a similar scene of children bearing arms against the Narcos in Guerrero.

The federal government responded by promising the state more protection and better funding.

CRAC claims the government never lived up to its promises, but they hope that this time their cries for help will not fall on deaf ears.