The number of online grooming crimes shot up by more than a third over the past year, according to new figures.

Police recorded 4,373 incidents of sexual communication with a child in the year to April, they showed, up from 3,217 in the previous 12 months.

Social media networks were used in three quarters of cases with the number of predators using Instagram more than doubling. 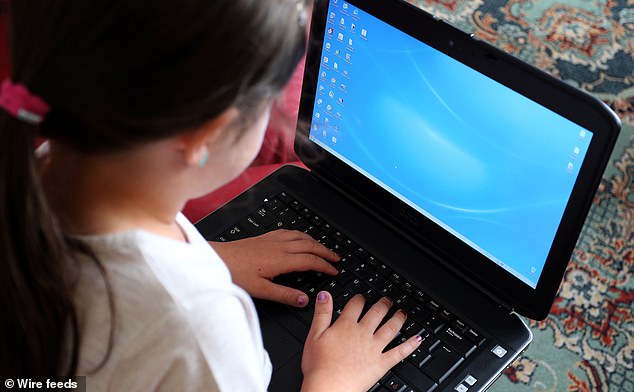 The offence came into force only in the spring of 2017 and the figure obtained by the NSPCC children’s charity point to more than 7,500 cases of online grooming in two years.

The NSPCC called on Boris Johnson to go ahead next year with an Online Harms Bill to bring in outside regulation of social networks and to introduce penalties for those that allow grooming attacks on children.

Its chief Peter Wanless said: ‘It is now clearer than ever that Government has no time to lose in getting tough on these tech firms.

‘Despite the huge amount of pressure that social networks have come under to put basic protections in place, children are being groomed and abused on their platforms every single day.

‘These figures are yet more evidence that social networks simply won’t act unless they are forced to by law. The Government needs to stand firm and bring in regulation without delay.’ 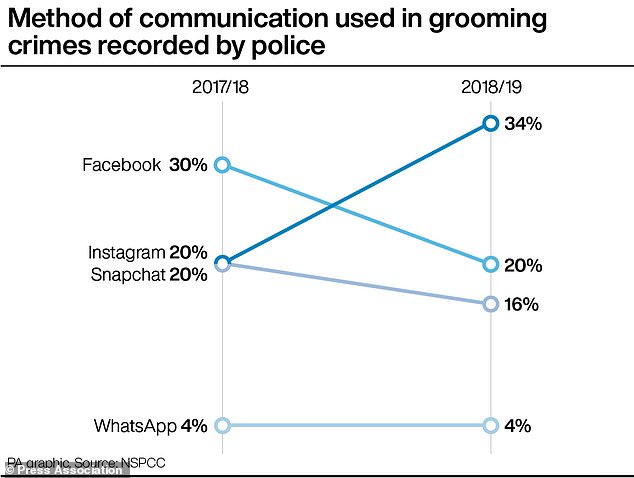 This was 34 per cent, more than a third, of all recorded online grooming cases.

The sexual communication law, passed by Parliament in the 2015 Serious Crime Act, makes it a crime for an adult to send an e-mail, text message or written note, or to speak to a child under 16 with the aim of sexual gratification. It carries a maximum sentence of two years’ jail and anyone convicted goes into the Sex Offenders Register.

Last year then-Home Secretary Sajid Javid announced that he would act to rein in tech firms if they failed to do more to protect children. Earlier this year ministers released proposals for ‘online harms’ protection in a White Paper which suggested an independent regulator with powers to enforce a code of practice for social networks. 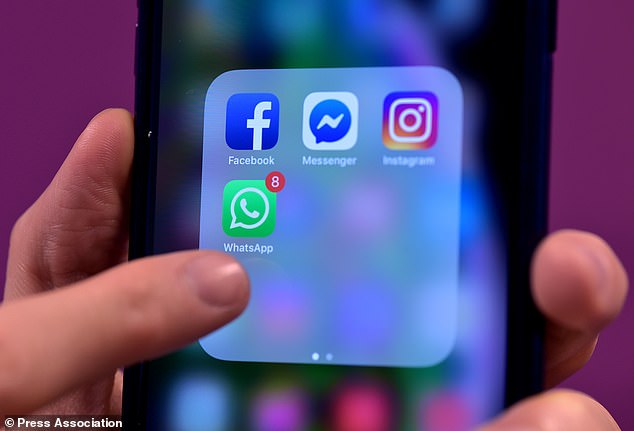 The NSPCC yesterday called for further actions including a requirement for social media networks to scan their traffic for suspicious behaviour, to share information on abusers with rival networks; and to stop making friend suggestions to youngsters, on the grounds that these help groomers find and target children.

It also called for new criminal offences for networks that commit gross breaches of the regulations.

William Sandeson should be granted a new trial, his lawyer argues