Candles to light up Hong Kong on fraught Tiananmen anniversary

HONG KONG/TAIPEI (Reuters) – Many people in Hong Kong plan to commemorate the bloody 1989 crackdown by Chinese troops in and around Tiananmen Square by lighting candles across the city on Thursday, circumventing a ban on the usual public gathering amid the coronavirus pandemic. 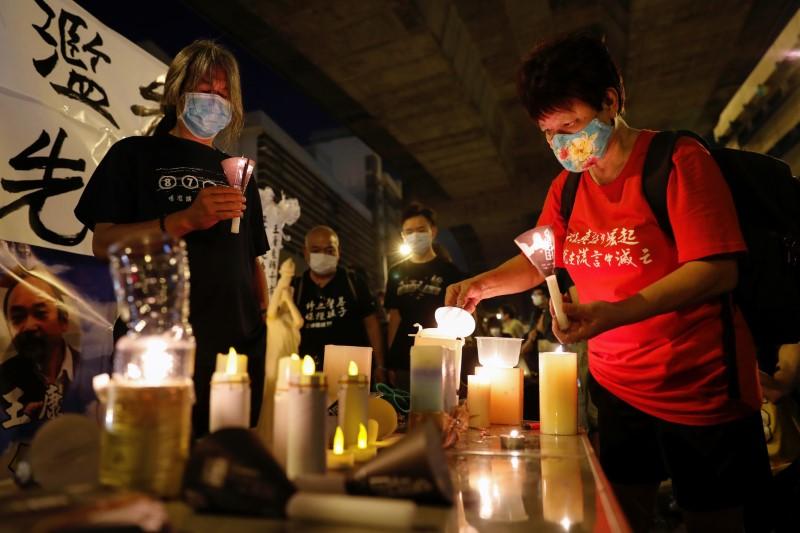 The anniversary strikes an especially sensitive nerve in the semi-autonomous city this year after Beijing’s move last month to impose national security legislation in Hong Kong, which critics fear will crush freedoms in the financial hub.

It also comes as Chinese media and some Beijing officials have voiced support for protests against police brutality across the United States. The Tiananmen crackdown is not officially commemorated in mainland China, where the topic is taboo and any discussion heavily censored.

In Hong Kong, an annual candlelight vigil that has been held in the city’s Victoria Park for three decades usually draws tens of thousands of people. But police said this week a mass gathering would pose a threat to public health just as the city reported its first locally transmitted coronavirus cases in weeks.

That prompted vigil organisers to call on residents to light candles across the city instead at 8:00 pm local time (1200 GMT) and hold a minute of silence shortly after. Anyone fearing arrest for public action was encouraged to mark the day on social media using the hashtag #6431truth, referencing the 31th anniversary along with the date.

One student said his parents would not allow him to attend any public gatherings, but he intended to join the online vigil.

“I think we have to restore the truth,” the 15-year-old, who only gave his surname as Ho due to the sensitivity of the matter, told Reuters.

The European Union on Wednesday urged China to allow people in both Hong Kong and Macau, its other semi-autonomous city, to commemorate the crackdown, saying it would be “a signal that key freedoms continue to be protected.”

Democratically-ruled and Chinese-claimed Taiwan, where commemorations are planned throughout the day, called on China on Wednesday to apologise, a call dismissed by China’s foreign ministry as “nonsense.”

“In China, every year has only 364 days; one day is forgotten,” Taiwan President Tsai Ing-wen wrote on her Facebook page on Thursday. “I hope that in every corner of the earth there won’t be any days that are disappeared again. And I wish Hong Kong well.”

China has never provided a full accounting of the 1989 violence. The death toll given by officials days later was about 300, most of them soldiers, but rights groups and witnesses say the death toll could have run into the thousands.

The U.S. State Department said it mourned the victims, adding “we stand with the people of China who continue to aspire to a government that protects human rights, fundamental  freedoms, and basic human dignity.”

In Hong Kong, officials have repeatedly said a ban on gatherings of more than eight people is a public health measure with no political motivation. Hong Kong Police urged people in a Facebook post on Wednesday not to participate in prohibited gatherings to “fight” the coronavirus. 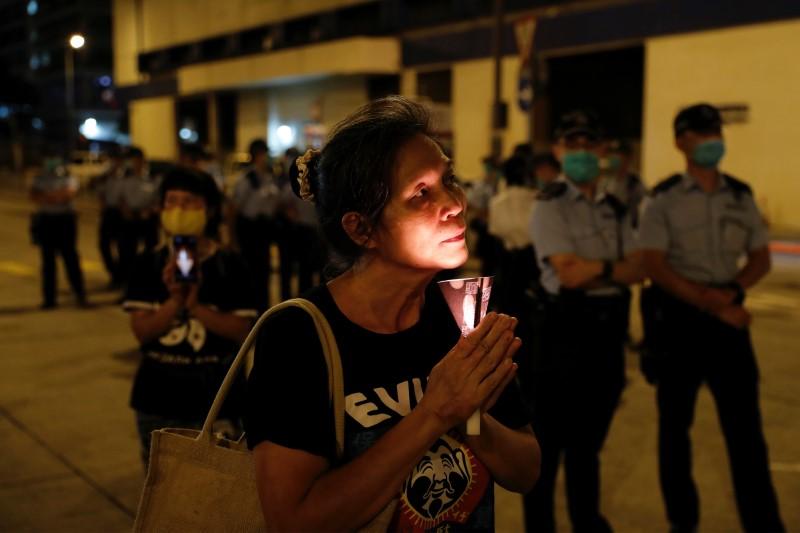 Still, some people said they intended to go to Victoria Park anyway, as volunteers handed out white candles to people making the morning commute.

“When authorities want to suppress us, there are more reasons to speak up,” said Malissa Chan, 26.

With social distancing measures allowing for religious gatherings under certain conditions, others planned to attend churches and temples. Residents were also expected to lay flowers along a waterfront promenade, while some artists planned to stage short street theatre plays.