Authorities in San Diego County, California, arrested a man this week in the 2003 cold case murder of his wife, whose remains were finally identified through a DNA sample from a family member.

Laurie Diane Potter’s legs were found in a dumpster in Rancho San Diego in October 2003 but she remained a Jane Doe until investigators were able to find a blood relative through a commercial genealogy company, according to FOX 5 in San Diego.

She had been living in Temecula, California, at the time of her murder and was never reported missing.

“Once we identified Laurie Potter, we went back through her life and tried to identify who she was, where she was living, who were her friends or family during that time frame,” he told FOX 5. “This is an ongoing criminal investigation so we can’t go into details, but we determined that there was substantial cause to believe Jack Potter murdered Laurie.”

Jack Potter was arrested by the multiagency San Diego Regional Task Force on Wednesday on one count of murder at his home in Rancho Cucamonga, California, about a two hours’ drive north of San Diego in San Bernardino County. 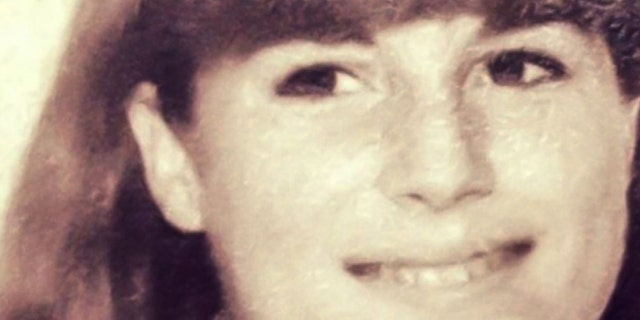 Laurie Diane Potter remained a Jane Doe for nearly 18 years after only her legs were found in a San Diego dumpster in Oct. 2003. Her husband was arrested on Wednesday charged with murder.
(San Diego County Sheriff’s Department)

“In this case, the goal was to find relatives whose own DNA profile matched those of an unidentified victim of homicide,” the department said in a release. “Once the victim’s profile was developed, it was uploaded into commercial genealogy sites that allow law enforcement agencies to participate.”

It’s the same technology used to identify the Green River Killer and the first time it has been used in the region to arrest a murder suspect, KGTV-TV in San Diego reported.

Lead investigator Troy DuGall said most of Laurie Potter’s relatives had long ago lost contact with her and didn’t know she had died but were happy about her identification and his arrest.

“The victim’s family — and I’ve spoken to them — are very happy that I, number one, identified Laurie,” he said in a news conference. “Because they thought she was just living somewhere. Nobody knew. And they’re extremely happy, once they get over the grief of Laurie being deceased, that we identified and arrested the suspect. So it’s bittersweet.”

He said investigators first found a distant relative of hers from the 19th century, then living relatives who they contacted for assistance on the case. Investigators eventually located Potter’s son, who gave a DNA sample, confirming her identity.

Some people “feel comfortable they can live in the same community where they kill and they feel they’re just that good,” Pete Carrillo, a retired homicide detective, told FOX 5. “But technology is getting better and detectives are getting better. Their time will come. There will be justice.”