A California judge ruled that all San Diego County restaurants can reopen for on-site dining, falling in line with an earlier ruling that strip clubs could remain open despite Gov. Gavin Newsom’s novel coronavirus-related health order that calls for such establishments to close up shop.

Thursday’s San Diego County ruling was a setback to Newsom’s stay-at-home order, which officials said was issued in an effort to slow the spread of the coronavirus before the state's intensive care units run out of beds.

The Democratic governor’s office immediately appealed, bringing uncertainty to restaurant owners weighing whether to buy food and schedule staff a week before Christmas amid the possibility that their victory could soon be reversed. 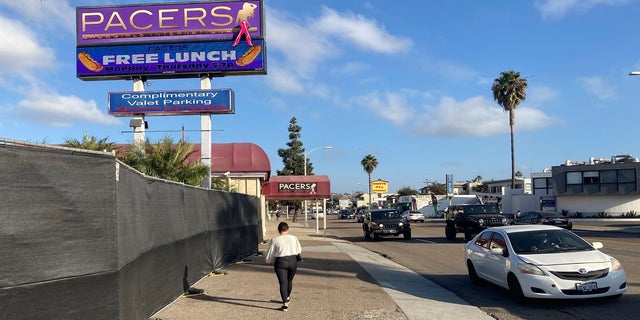 The case was initially brought to the court by two San Diego strip clubs and resulted in the major victory for California businesses that are fighting public health orders that they say have hurt them economically.

In announcing his decision in favor of the businesses, San Diego Superior Court Judge Joel Wohlfeil said his ruling Wednesday was "straightforward" in going beyond the strip clubs that sued the county and state, Cheetahs Gentlemen’s Club and Pacers Showgirls International.

County officials requested the next-day hearing to clarify how far the ruling extended.

"It is intended to encompass all restaurants within the county of San Diego," Wohlfeil said in the brief Thursday hearing that lasted all but eight minutes.

San Diego Mayor Todd Gloria tweeted in response to the decision, writing that the city is working with county and state officials to determine the next steps.

"No one wants our small businesses to be closed, but the science and data are showing a dire trend in hospitalizations and deaths," he wrote. "Over 1,200 have died in San Diego County and the ICU capacity in Southern California has dropped to zero. We have a collective obligation to accept the personal responsibility of keeping each other safe."

Hours after the injunction was issued Wednesday, San Diego County had suspended enforcement of its restrictions barring indoor and outdoor dining and live entertainment in the county of 3 million, the state's second-most populous.