SOFIA (Reuters) – Bulgarian police arrested 18 people late on Friday after scuffles during anti-corruption protests near a demonstration by government supporters in the centre of the capital Sofia. 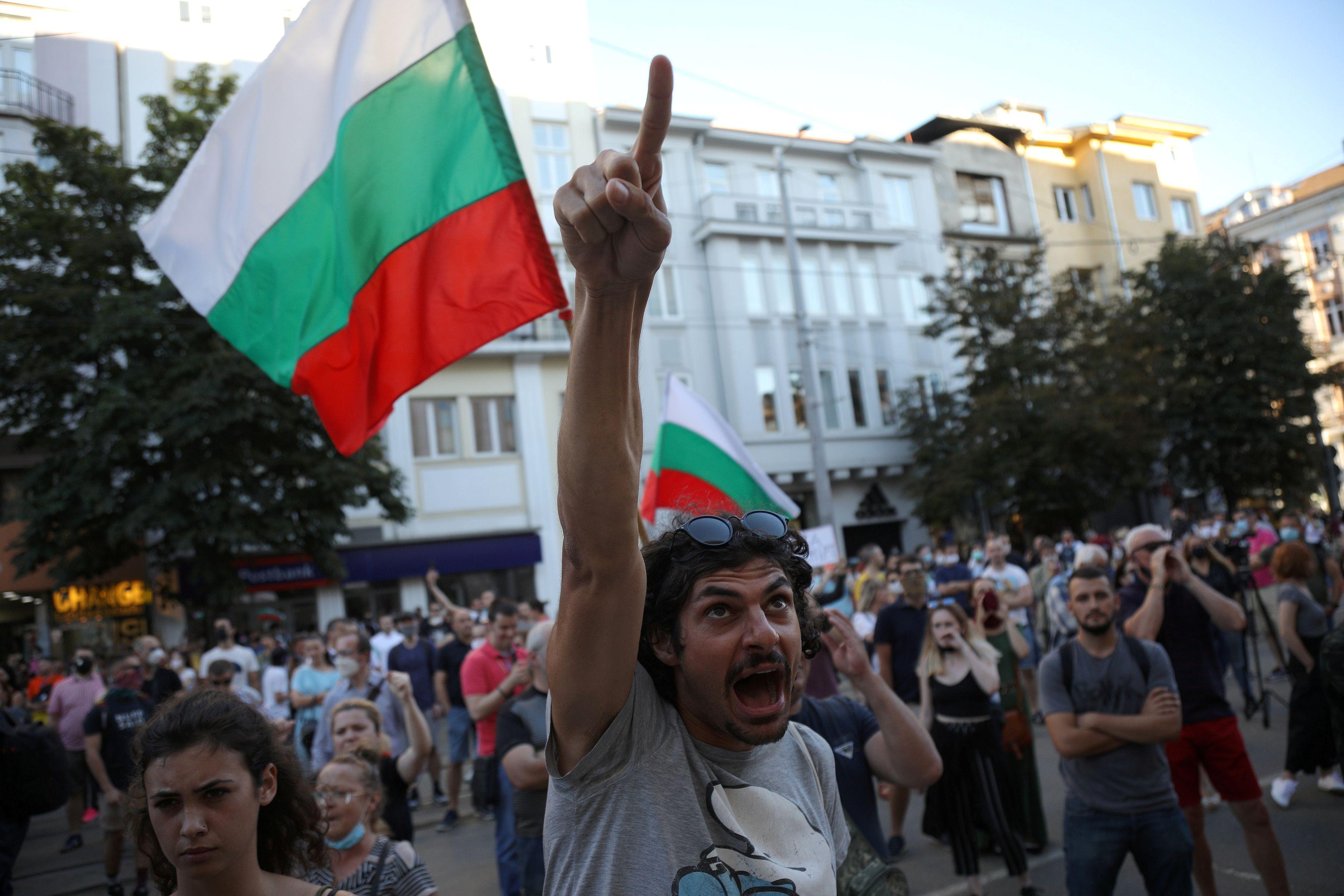 Bulgaria, the European Union’s poorest and most corrupt member state, has long pledged to root out graft but has yet to jail any senior officials on corruption charges.

Anti-corruption protesters demonstrated for second day in a row after prosecutors raided the offices of President Rumen Radev, who has been a vocal critic of the government.

In an address to the nation on Saturday, Radev said the protests showed that Bulgarians across the political spectrum had had enough and he called for the resignation of the government and the chief prosecutor.

“The corruption, the prosecutors’ racketeering and inaction against the plunderers … and the lack of justice is what people stood against,” he said.

There was another demonstration on Saturday on the Black Sea coast near Burgas, where hundreds of Bulgarians demanded access to a public coastline near the summer residence of Ahmed Dogan, a businessman and senior member of the ethnic Turkish MRF party.

The demonstration was organised after the head of a small liberal party was denied access to the coast by armed guards of the National Protection Service, who were protecting Dogan.

Protesters, who say the move was a sign of toxic links between the ruling elite and shady interests in the Balkan country, were stopped by police to prevent them clashing with MRF supporters at the site.

Police detained several protesters, who were later released on the request of Borissov. Protesters, waving national flags and singing the national anthem, were eventually given access to the coast.

More anti-government protests were planned for later on Saturday in Sofia.