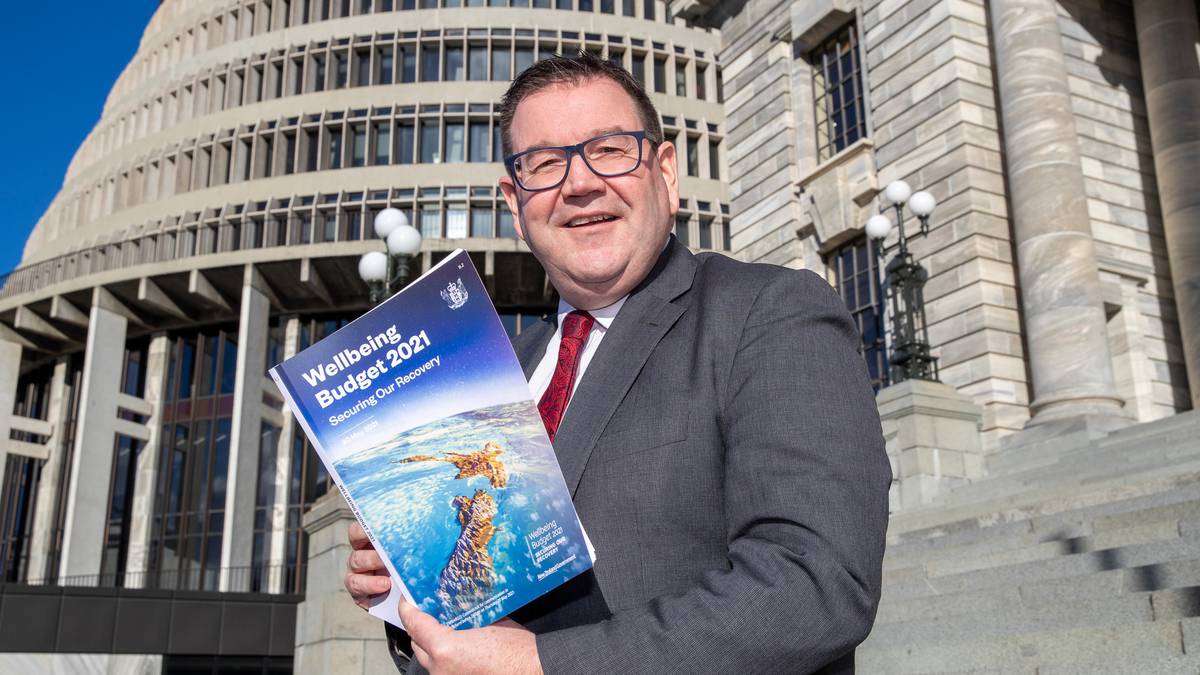 Today is the day New Zealanders will learn where their money is going.

After sharing a cheese roll with the Prime Minister and putting on his new tie – a gift from Jacinda Ardern – Grant Robertson will unveil his fourth Budget.

But the man with his hands on the Government’s purse strings has been keen to emphasise that today won’t be a lolly scramble.

The Budget, he told the House, will reflect a “balanced approach” which will emphasise “careful fiscal management”.

But that has not stopped numerous groups from providing Robertson with their wish lists ahead of the big day.

And, after an almost four-hour lockup in the Beehive today, they will find out if they got what they asked for.

As well as the Government’s major spending plans, the all-important economic forecasts from the Treasury will be laid bare.

This will include the Government’s expectations for economic growth, unemployment as well as debt and the expected level of deficit.

But the focus of most of the coverage will be on the Government’s flagship announcements.

As per usual, the Government has been giving little away ahead of Budget day.

But both Robertson and Ardern have been dropping hints for weeks.

Funding for new a child poverty prevention scheme is expected to be announced, given the fact that this has been highlighted as a Budget priority.

In addition to this, Ardern made no announcements after releasing child poverty numbers last week – leading to speculation an announcement would be made in the Budget.

Meanwhile, the Government has been much more explicit about its plans to announce funding for Māori housing.

“We do know that Māori homeownership rates are much lower than the rest of the population, so it is an area that we want to put focus on.”

The Government announced the bulk of its housing policy in March and said that a separate Māori housing announcement was coming in the Budget.

There has been no shortage of commentary from advocates and punters as to what they want to see in the Budget.

The New Zealand Council for International Development is calling on the Government to increase how much it donates through aid funding.

Greenpeace wants the Government to use the $1 billion in funding – which was reallocated from previously unspent Covid-19 money – to fund greener transport options.

And the Council of Trade Unions wants to see money earmarked to meet the needs of working New Zealanders.

Businesses will also be paying close attention to what the Government announces today.

A poll, conducted by New Zealand accounting and business advisory network Baker Tilly Staples Rodway, shows 71 per cent of respondents believed the Government was not doing enough to support a strong economic rebuild.

Some 68 per cent said the Government was performing poorly on managing the economy in general – there were more than 470 businesses included in the study.