LONDON (Reuters) – British Prime Minister Theresa May will set out a timetable for her departure in early June after the latest attempt to get her Brexit deal approved by parliament, the chairman of a powerful Conservative Committee said on Thursday. 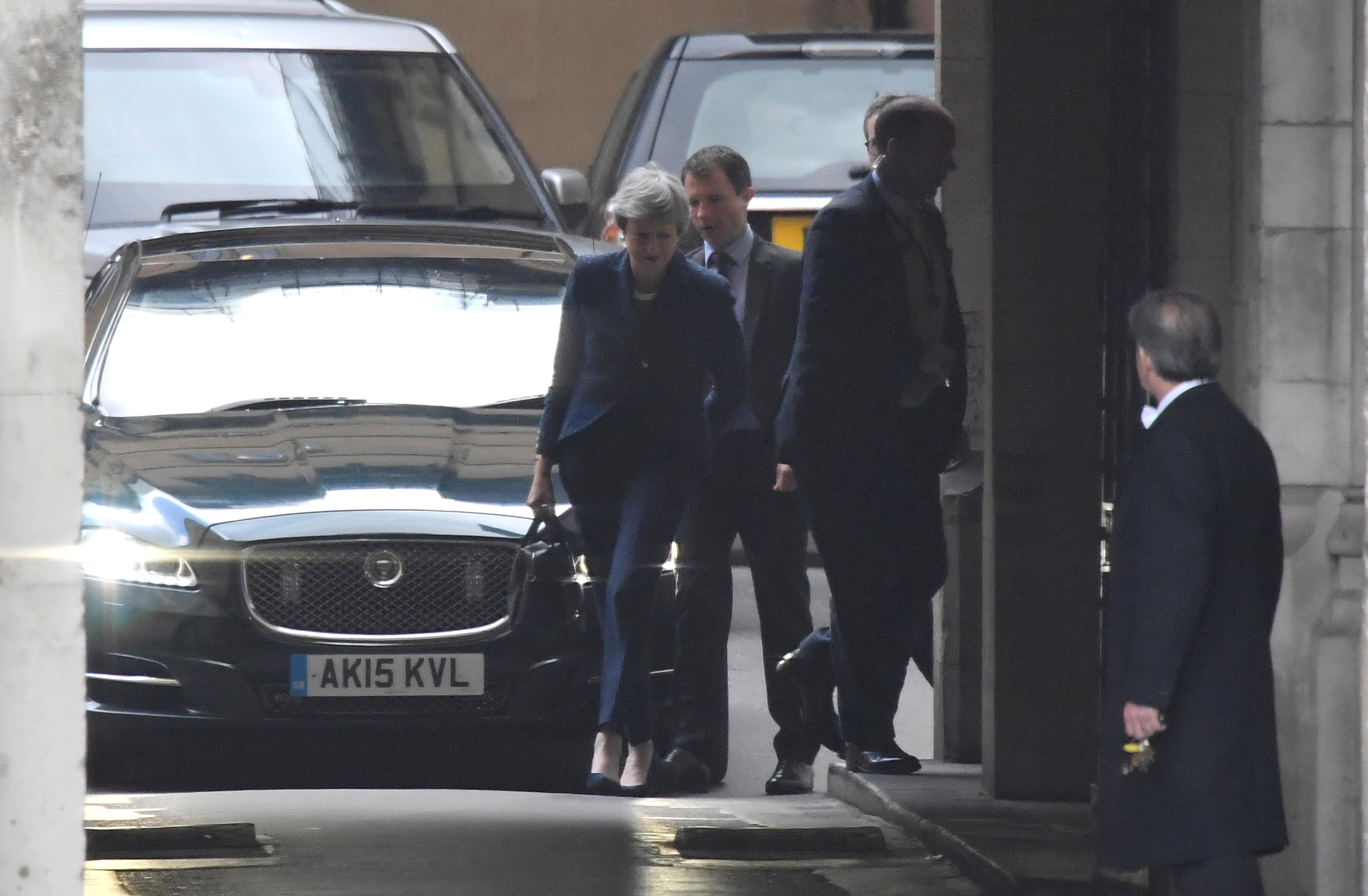 Three years after Britain voted to leave the European Union, there is little clarity over when, how and even whether Brexit will happen, prompting some in her party to call for a new approach to the country’s biggest policy shift in more than 40 years.

May has promised to step down after her Brexit deal is approved by lawmakers. But many in her party want her to set out clearly when she will quit if the agreement is rejected for a fourth time, and others are demanding her immediate departure.

“The prime minister is determined to secure our departure from the European Union,” Graham Brady, chair of the 1922 Committee that can make or break party leaders, said following a meeting between his committee’s executive and May in parliament which he described as a “very frank exchange”.

The government has said lawmakers will be able to debate and vote on the Withdrawal Agreement Bill, the legislation required to enact May’s Brexit deal, in the week starting June 3.

“We have agreed that she and I will meet following the second reading of the Bill to agree a timetable for the election of a new leader,” Brady said, adding that the conversation would take place whether the bill was passed or not.

May, who became prime minister in the chaos that followed the 2016 referendum when Britons voted 52% to 48% to leave the EU, survived a no-confidence vote of her Conservative lawmakers in December.

Under current party rules, she cannot be challenged again for a year, but some on Brady’s committee had pushed for those rules to be changed in order to try to force her out earlier if she refused to set out a clear departure date.

Boris Johnson, the face of the campaign for Britain to leave the European Union, said he would stand as a candidate to replace May as Conservative leader.

May’s Brexit deal has been rejected three times by parliament and weeks of talks with the opposition Labour Party, the idea of which were deeply unpopular with many Conservatives, have failed to find a consensus on the way forward.

Mired in Brexit deadlock and forced to delay Britain’s March 29 exit from the EU, May’s Conservatives suffered major losses in local elections this month and are trailing in opinion polls before May 23 European Parliament elections.

With Labour and Brexit-supporting rebels in the Conservatives planning to vote against her deal, it is unlikely to be approved as things stand.

Pro-Brexit Conservative lawmakers were unimpressed with May’s failure to set a firm date to quit. One, who declined to be named, described it as “yet further procrastination which is causing appalling damage to the Conservative Party.”

Another, Andrew Bridgen, said May was “an increasingly beleaguered and isolated prime minister who is desperate to salvage something from her premiership and is prepared to drive through an agreement that would fatally hamstring any future prime minister in negotiations with the EU.”