BORIS Johnson has warned of "choppy waters" ahead as the country begins to recover from the coronavirus crisis. 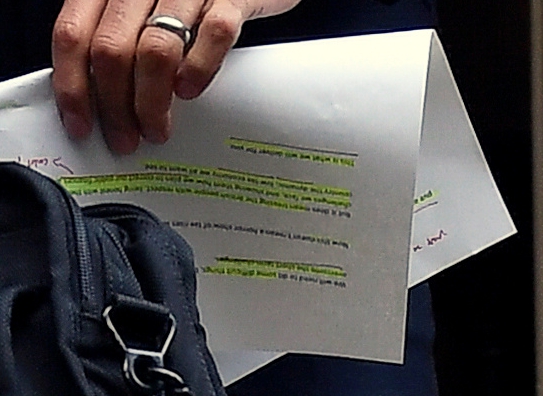 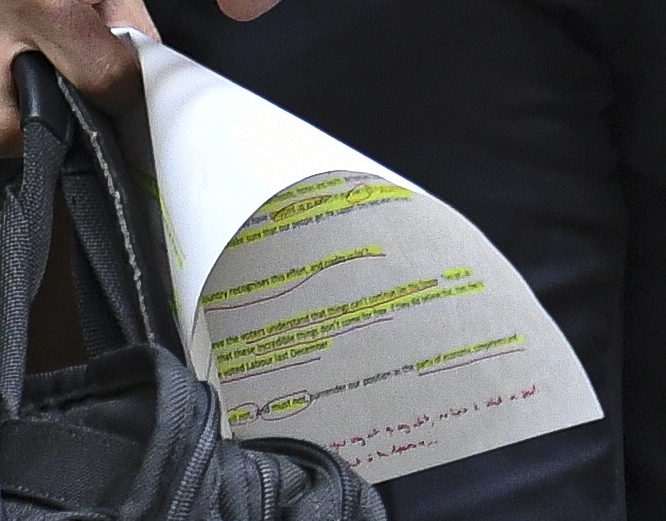 The PM told a meeting of Tory MPs elected last December: “I know it’s been tough. I’ve got to warn you going it's about to get tougher.

"The waters are about to get choppier. But we are going to deal with it.“

Pictures of Mr Sunak walking out of No11 Downing Street reveals his plans to get the UK economy back on track.

The Chancellor is expected to lay out his blueprint for balancing the books in his November budget.

The leaked notes say: "We will need to do some difficult things, but I promise that we will… overcome the short term challenges.

"Now this doesn't mean a horror show of tax raises with no end in sight.

"But it does mean treating the British people with respect, being honest with them about the challenges we face, and showing them how we plan to correct public finances and give the country the dynamic, low-tax economy we all want to have.

"This is what we will deliver for you."

Mr Sunak made similar remarks this afternoon in a meeting with the new Tory MPs.

He added: "We cannot, will not and must not surrender our position as the party of economic competence and sound finance.

"If we argue instead that there is no limit to what we can spend, that we can simply borrow our way out of any hole then what is the difference between us and Labour."

After his notes were leaked, Mr Sunak posted a picture of himself on his phone, joking "got my notes on my phone this time".

A lion's share of this borrowing was used to fund the spiralling financial cost of coronavirus – including propping up workers with schemes for furloughed workers and the self-employed.

The Exchequer has also lost out on massive amount of revenue from tax because of economic inactivity.

As part of the plan to help boost consumer spending, Mr Sunak slashed VAT to 5 per cent – leaving a further dent in the Treasury's coffers.

The Sun revealed Mr Sunak is considering raising fuel duty by 5p to help get a grip of the nation's debt problem.

The Treasury is looking at raising corporation tax and capital gains tax, while cutting pension tax relief among a raft of other revenue-raising measures, reports say.

Capital gains tax might also be paid at the same rate as income tax, under the ideas reportedly being looked at.