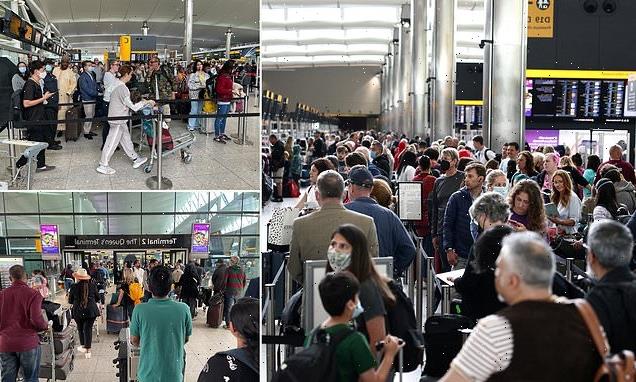 Boost for budget breaks: Heathrow is ordered to reduce airport charges for passengers to £26 by 2026 amid surge in demand for flights

Heathrow Airport must reduce its passenger charges amid a surge in demand for flights, the aviation regulator has announced, raising hopes of lower prices being passed onto consumers.

The Civil Aviation Authority (CAA) said the cap on the west London airport’s average charge per passenger will fall from £30.19 today to £26.31 in 2026.

This is equivalent to nearly a 6 per cent reduction each year when the effects of inflation are removed, according to the regulator.

The decision follows a bitter dispute between the airport and airlines about what the cap should be. Charges are paid by airlines but are generally passed on to passengers in air fares.

Heathrow was given permission to increase its average fees on January 1 from the previous level of £19.60 due to the collapse in passenger numbers caused by the coronavirus pandemic. 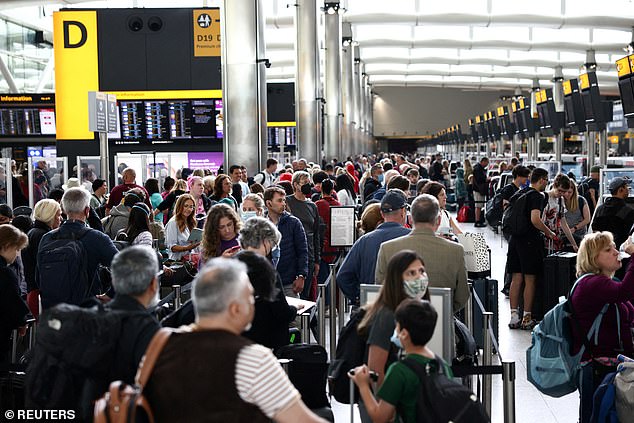 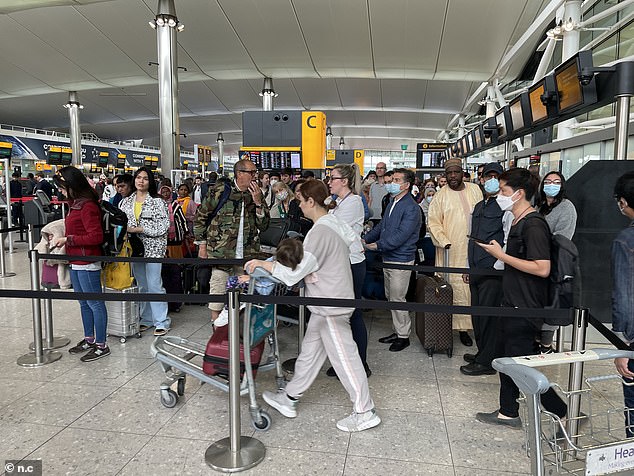 Heathrow (pictured Monday) was given permission to increase its average fees on January 1 from the previous level of £19.60 due to the collapse in passenger numbers caused by the coronavirus pandemic

The CAA said these are its ‘final proposals’, with a ‘final decision’ due to be published in the autumn.

Heathrow chief executive John Holland-Kaye claimed the regulator ‘continues to under-estimate what it takes to deliver a good passenger service, both in terms of the level of investment and operating costs required and the fair incentive needed for private investors to finance it’.

There is ‘still time for the CAA to get this right’, he said, adding: ‘Uncorrected, these elements of the CAA’s proposal will only result in passengers getting a worse experience at Heathrow as investment in service dries up.’

CAA chief executive Richard Moriarty said the announcement is ‘about doing the right thing for consumers’.

He insisted the regulator has ‘listened very carefully’ to arguments from Heathrow and airlines.

‘Our independent and impartial analysis balances affordable charges for consumers, while allowing Heathrow to make the investment needed for the future,’ he said.

The CAA believes Heathrow will still be able to invest in improvements, such as next-generation security scanners and a £1.3 billion upgrade of baggage facilities at Terminal 2. 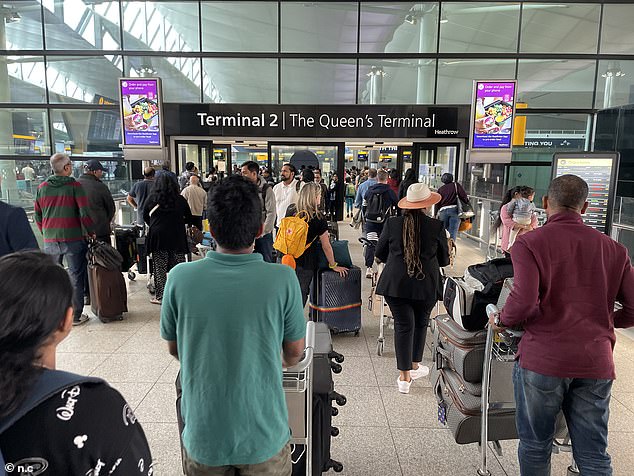 Heathrow chief executive John Holland-Kaye claimed the regulator ‘continues to under-estimate what it takes to deliver a good passenger service, both in terms of the level of investment and operating costs required and the fair incentive needed for private investors to finance it’.

Nearly £4 billion in dividends to shareholders has reportedly been paid out by the airport since 2012.

But it expects to remain loss-making and not pay more dividends in 2022.

The CAA’s figures for the control period are based on the Office for Budget Responsibility’s forecast for inflation.

The actual annual caps will be adjusted based on what happens to inflation.

Heathrow was previously branded a ‘monopoly-abusing hub airport’ by the airline industry. 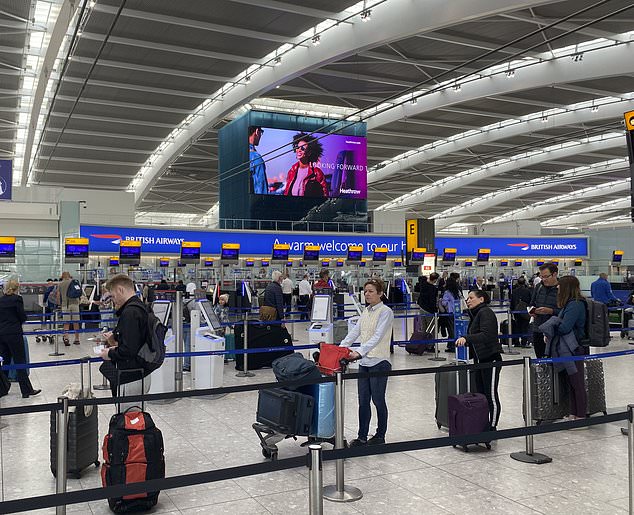 Heathrow Airport must reduce its passenger charges amid a surge in demand for travel, the aviation regulator has announced

But he insisted the regulator ‘can and must go further’ to lower fees to reflect ‘robust demand for travel this summer and beyond’.

He added: ‘With travel recovery under way, our collective focus should be on upholding the best possible experience for customers with fair charges, especially with consumers facing cost-of-living pressures and our global Britain aspirations at stake.’

Luis Gallego, chief executive of British Airways’ parent company IAG, said: ‘The CAA has recognised that Heathrow needs to be more efficient for the benefit of consumers.

‘In 2022, airport charges at Heathrow will still be three times more expensive than its EU rivals and 56% higher than last year.’

The airport said it expects 54.4 million passengers to travel through its terminals this year.

That is up by nearly nine million on guidance it gave in December, but remains around two-thirds of 2019 levels.

Heathrow was accused by airlines of playing down the recovery of demand for air travel in an attempt to convince the CAA to allow it to raise passenger fees further.

It comes as the travel hub continues to be mired by crippling staff shortages.

Heathrow was first plunged into chaos in March as bosses struggled to hire enough staff amid widespread labour shortages in the UK in the wake of the pandemic.

British Airway staff are also threatening to strike, after unions rejected a 10 per cent pay offer in favour of walkouts as early as next month, potentially during the school holidays.

Union barons claim the airline’s offer was a one-time ‘bonus’ and its members want a full-time raise.

The earliest date the strikes could happen is early July, but the unions have not announced a timescale, possibly in the hopes of pressuring BA bosses to cave in.

Pictures form inside Heathrow yesterday appeared to show dozens of pieces of ‘unclaimed’ luggage just dumped around the carousels, while other desperate travellers have been sent on a wild goose chase to track down their bags which was meant to land with them days ago.

Today, passengers claimed suitcases had been left piling up at Heathrow Airport for up to 10 days and that the baggage hall was ‘starting to stink’.

Images shared online show stacks of unclaimed luggage at a baggage hall in the south-west London airport, which one traveller claimed ‘literally smells like poo.’ 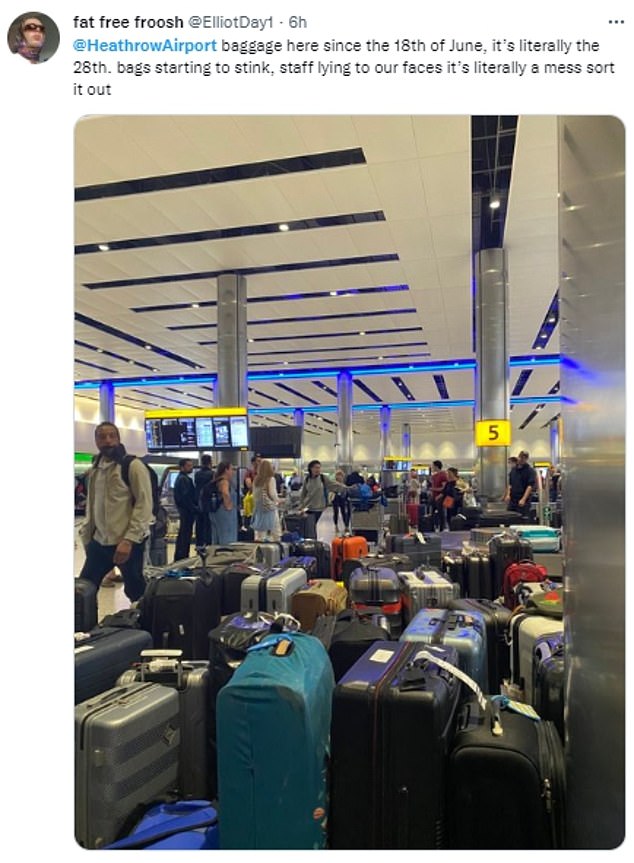 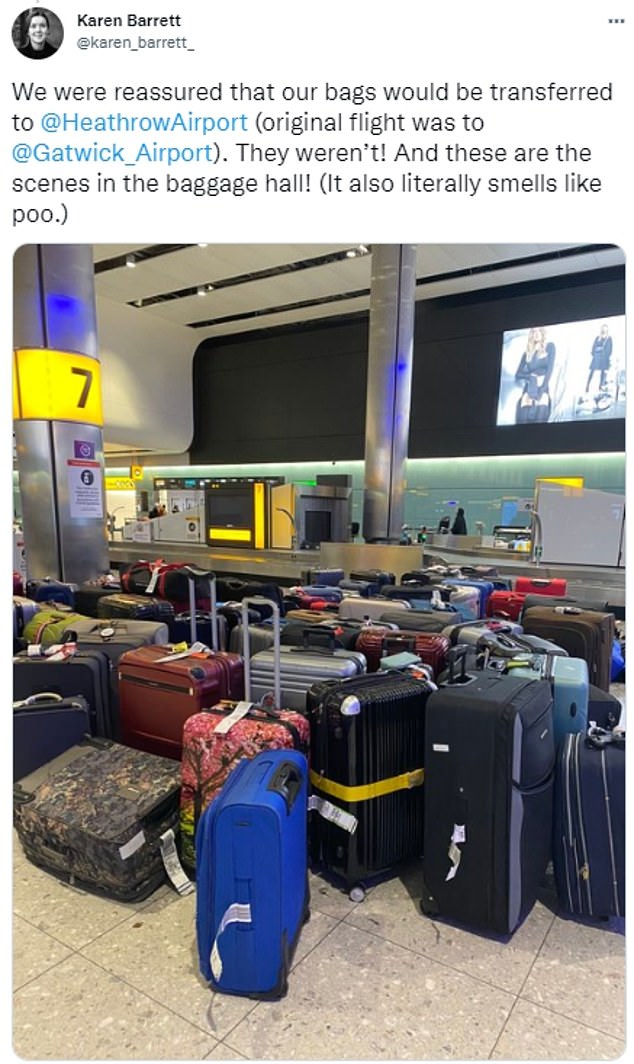 Images shared online show stacks of luggage at a baggage hall in the south-west London airport, which one traveller claimed ‘literally smells like poo.’

Another wrote on Twitter: ‘Baggage here since June 18, it is literally 28th, bags starting to stink… it’s literally a mess, sort it out.’

Travellers at other airports are also reporting problems this morning, including at Manchester, where fed-up holidaymakers were seen forming a huge snaking queue just to enter the building at around 4am.

TUI has also come under fire for reportedly diverting a flight from Larnaca in Cyprus, which was due to land at Bristol, to Gatwick, before telling passengers to ‘find their own way home.’

One affected customer fumed: ‘You left diverted passengers at Gatwick with no bus to take them back to Bristol airport and your staff crying because of the situation – 24 hour delayed from Larnaca and then this. Passengers told to find their own way home.’

It comes after miserable holidaymakers at Bristol Airport were yesterday forced to sleep on the floor to avoid the queues while those at Heathrow Airport were being made to go on a wild goose chase to find their own luggage.

One traveller brought an air bed with them to Bristol as they battled to check-in, as queues grew from as early as 4.30am.

Customers had shown up hours earlier than their flights in an attempt to battle the already long queues amid more travel bedlam.