AN Islamic extremist carried out a series of sick car crashes on a Berlin motorway injuring six, police say.

A 30-year-old Iraqi man exited the car after a series of smashes last night shouting "allahu akbar" before saying "nobody comes closer, otherwise you will all die", local media reports. 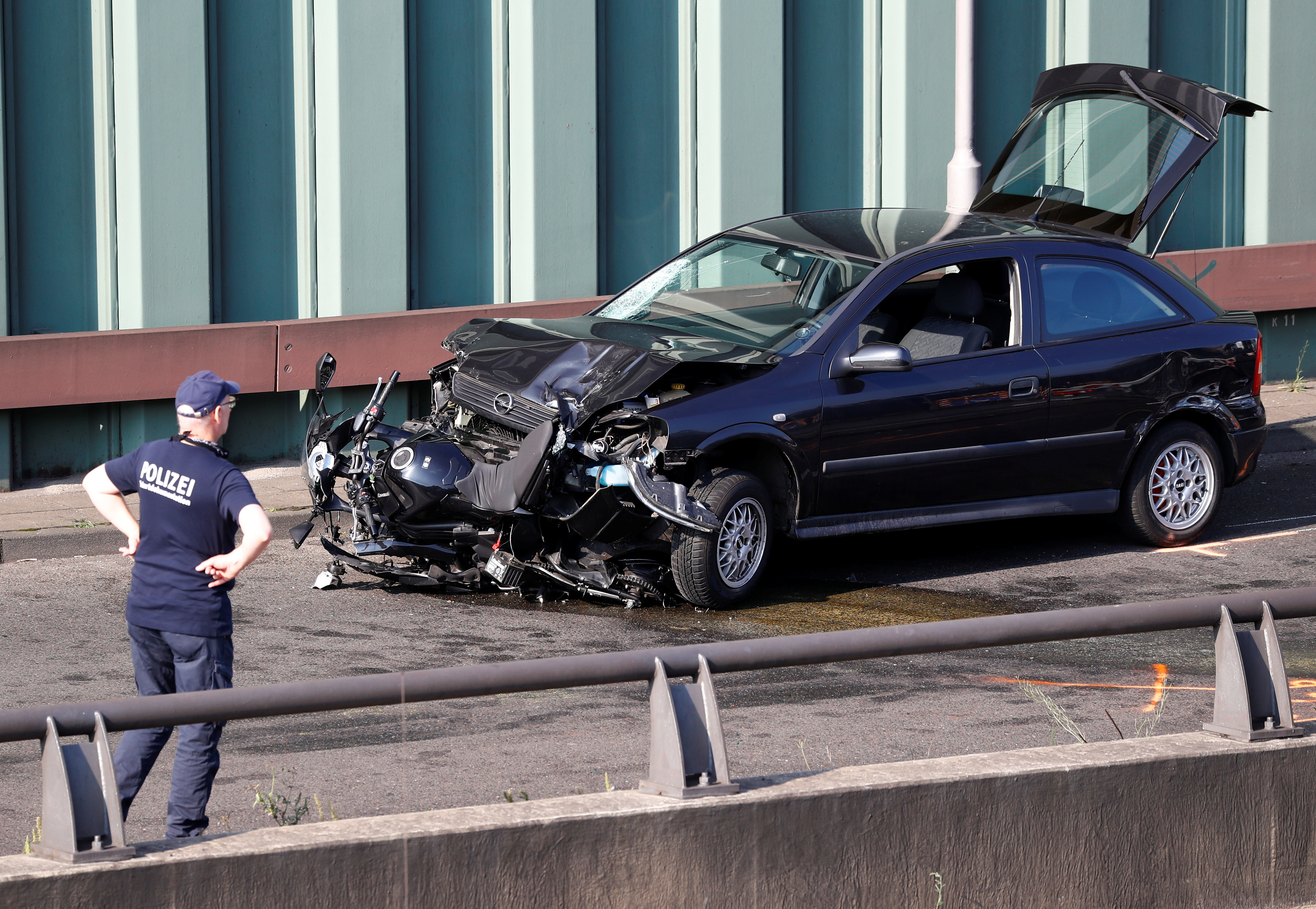 Three of the wounded were severely hurt when the man allegedly drove into several vehicles, including a motorcycle, along a stretch of the German capitals highway on Tuesday evening.

The crashes at three different locations led to a complete closure of one of the main traffic arteries of Berlin.

There were also indications that the man was suffering from psychological problems, dpa reported.

Local media reported that the man, who was driving an Opel Astra, later stopped on the highway and put a box on the roof of his car, claiming it had explosives inside.

Specialists opened the box and found only tools. The man was detained by police.

Several media also reported that the man shouted "allahu akbar" or "God is great" as he got out of his car.

One of the injured is in life-threatening condition, the dpa reported.

The incident led to long traffic jams Tuesday evening. Some 300 people were stuck on the highway for hours and were getting support from the German Red Cross, the Berlin fire department tweeted Tuesday night.

"According to the current knowledge, it was an Islamist-motivated attack," the spokesman was quoted as saying.

He added that there were also indications that the 30-year-old suspect with an Iraqi citizenship had psychological problems.

A spokesman for the Berlin public prosecutors was not immediately available for comment.