BEIJING/SYDNEY (Reuters) – The Chinese government on Wednesday accused Australia of “blatant irrational behaviour”, harassment and violation of the rights of its journalists by searching and seizing items from the homes of four Chinese state media reporters. 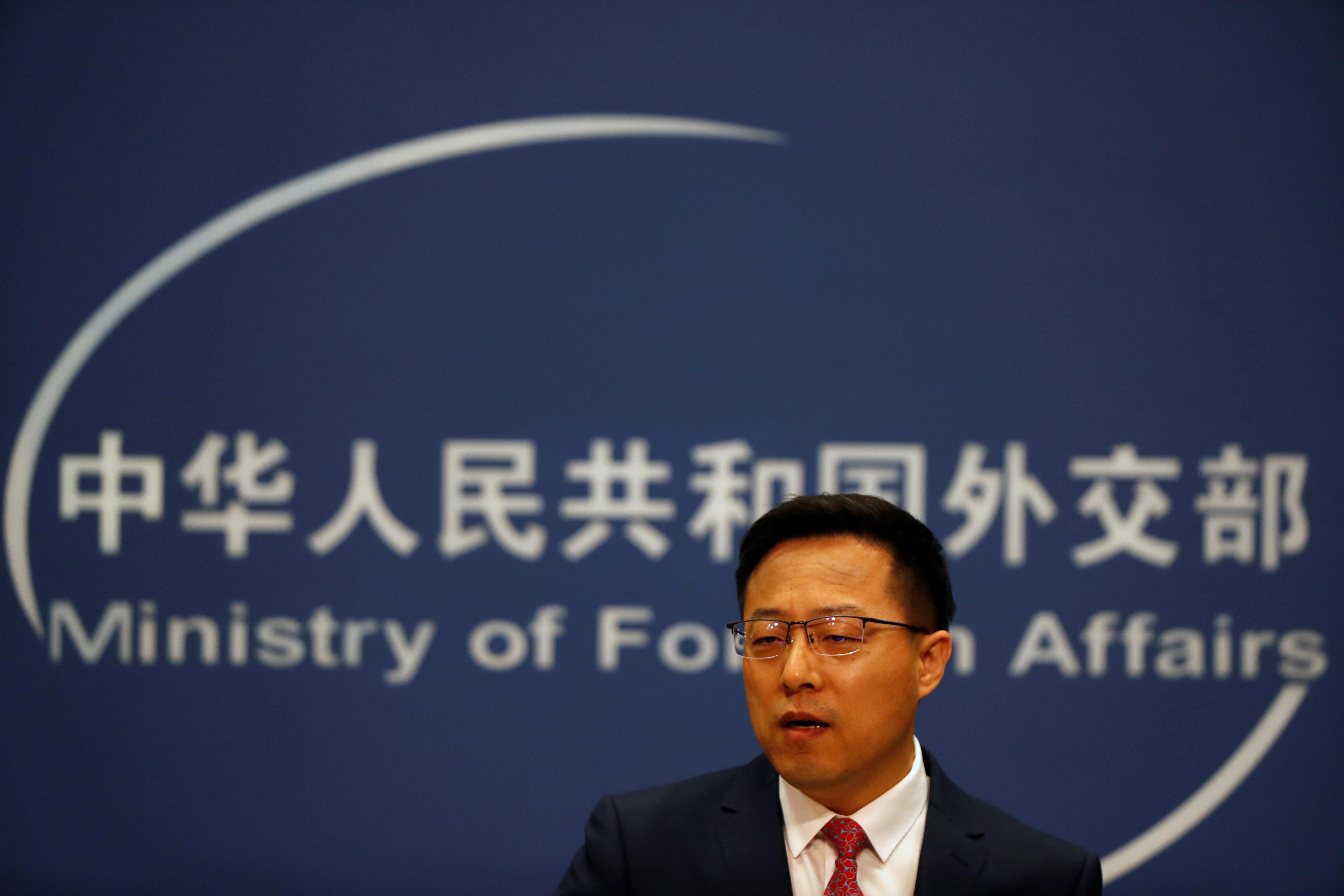 The revelation of the Australian raids in late June is the latest barb in a deteriorating relationship between the two major trading partners, coming just a day after two Australian journalists flew home from China with the help of consular officials.

The flight of the two Australian journalists, from Beijing and Shanghai, after they were questioned by China’s state security ministry gained international attention.

Foreign Ministry spokesman Zhao Lijian said Australian officials cited a possible violation of the country’s foreign interference laws for their raids in June, but had not provided a “reasonable explanation” for the searches.

“The Australian government’s behaviour … blatantly violates the legitimate rights and interests of Chinese journalists there and caused severe harm to the physical and mental health of the journalists and their families,” Zhao said in a daily briefing. “We ask Australia to immediately stop such blatant irrational behaviors, stop harassing and oppressing Chinese personnel in Australia under whatever pretext.”

Zhao said officials seized laptops, cellphones, and a child’s toy tablet from the homes of reporters from outlets including state news agency Xinhua and the China News Service.

The Australian foreign office did not immediately respond to a request for comment.

A spokesman for Australia’s Attorney General Christian Porter declined to comment on “operational matters” when asked about an earlier report on the Australian raids by Xinhua, but added that authorities “take issues of foreign interference very seriously.” The Australian Security Intelligence Organisation (ASIO) also declined to comment on the Xinhua report, in line with usual practice.

Xinhua reported the Chinese journalists were told to “be silent” about the incident, without detailing how many were questioned or citing sources for its report.

The Chinese embassy in Canberra said it had provided consular support to journalists, in response to a question about the raids.

Australia has a tense diplomatic relationship with China, which worsened this year after Beijing vowed trade reprisals and said it was angered by Australia’s call for an international inquiry into the source of the coronavirus pandemic.

The two Australian journalists who arrived home from China on Tuesday had sought shelter in the embassy in Beijing and the consulate in Shanghai after police entered their homes a week ago and told them they were barred from leaving China.

They had been questioned in the case of Cheng Lei, an Australian journalist for Chinese state television who was detained in China three weeks ago. Chinese officials confirmed on Tuesday she was being held on suspicion of illegal activities that endanger China’s security.

The departure of the two reporters leaves Australian media organisations with no correspondent in China for the first time since the 1970s.

The Xinhua report also criticised a search of the home and office of New South Wales state politician Shaoquett Moselmane on June 26, alleging he was targeted for his praise of China’s achievements in fighting the coronavirus and criticising Australia’s China policy.

Documents lodged in Australia’s High Court on Aug. 3 show a staff member of Moselmane, John Zhang, is being investigated by the Australian Federal Police for allegedly acting on behalf of the Chinese state in “a private social media chat group” with Moselmane.

Moselmane has said he is not a suspect in the investigation, telling Australian Broadcasting Corp television last month that he participated in “just a social group”, including “a couple of journalists, foreign journalists and one John Zhang”.

Zhang has not been charged with any offence and his lawyers are seeking to have the search warrants quashed, according to the court documents.

Trump vs Biden: Here are the health-care stocks that could benefit from the 2020 election