BBC Weather forecasts rain forecast in parts of the UK 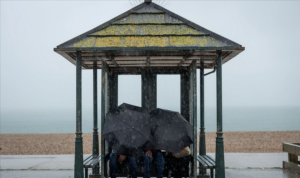 UK Weather: Torrential rain expected in parts of the country

The BBC weatherman forecasted temperatures ranging from between 10 and 17 degrees across the UK. Mr Taylor warned of cooler conditions as we head further into autumn. And the weather forecaster told Britons to expect drier conditions in the South and East. Whereas Western areas of the country can expect heavy rainfall.

Mr Taylor said: “It was a thoroughly wet week last week and across some Western parts of Scotland in particular.

“Some saw over a month’s worth of rain in the space of seven days.

“Some of the wettest spots indeed during the last week… In the Highlands, over 200mm.

“But you can see the hills and North-West England, North-West Wales also saw a fair amount. 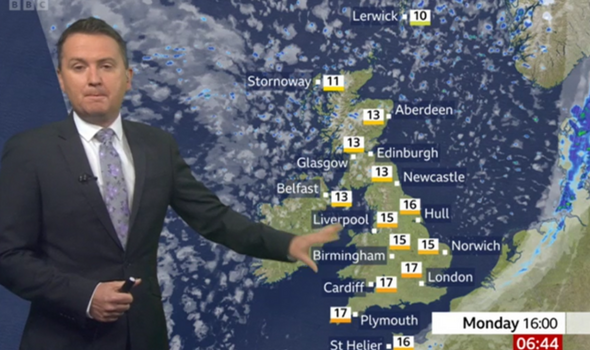 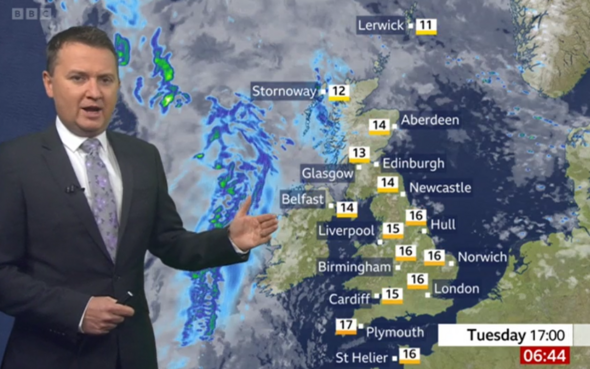 Mr Taylor added: “Contrast that though to the South and East, where many still stay largely dry.

“Not even a millimeter of rain in parts of Sussex, and we’re going to have that split a little bit this coming week.

“Nowhere near as much rain though as in the West that is the good news, this last week was a bit too soggy.

“This shows how the rain totals will be toting up, the darker the colour the heavier the rainfall, and the higher the totals turning to green again.

Mr Taylor said: “We could see around 17 to 100mm across the Highlands but notice a huge amount in the South and in the East, most of it is actually going to come in the next few hours.

“Here it is this weather front here pushing its way Southwards and Eastwards.

“But just for the next few hours, East-Anglia Scotland and the Channel Islands, this is where you can expect some rain to fall.

DON’T MISS: ‘Top of list!’ Charles may visit Canada instead of COP27 on first trip abroad as King[INSIGHT] 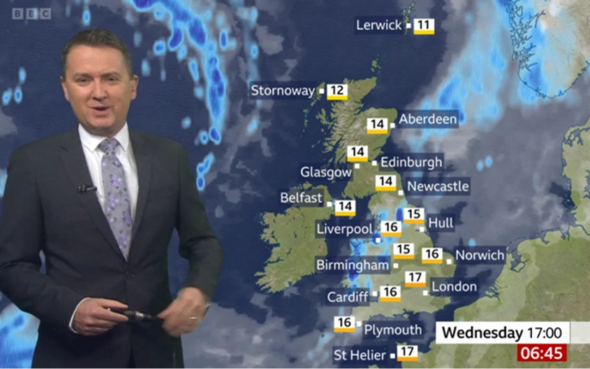 Mr Taylor added: “You will have heavier bursts as well, clearing late into the rush hour and into the middle part of the morning and then the sun will be out.

“Lots of sunshine in fact, across much of the country today.

“Till showers continue across much of North and West Scotland and the far North of Northern Ireland and isolated ones across North West Wales, most though will be dry.

“A bit fresher than yesterday as far as the temperatures are concerned, nice enough in the sunshine and the breeze will make it feel cool out of the sunshine.”

Lates News:
2022-10-10
Previous Post: ‘Inventing Anna’ Fake Heiress Anna Sorokin Talks About Deportation After Being Released From Jail
Next Post: Chainlink Is Stuck Between $6.70 And $8.00 As A Price Recovery Is Imminent