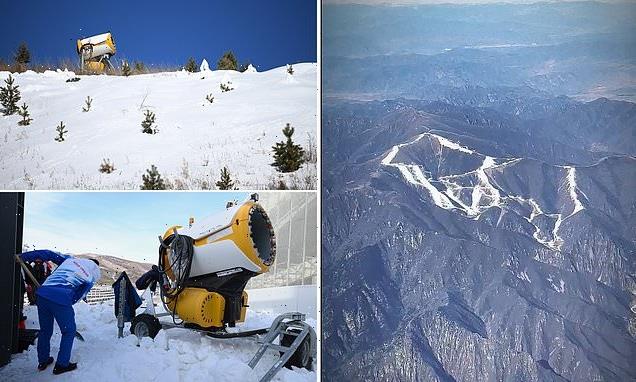 They warn that it creates an icier, harder skiing surface which is more treacherous for take-offs and landings.

Retired UK freestyle skier Laura Donaldson said: ‘Jump take-offs can be excessively icy and slippery – bad take-offs directly contribute to bad landings. It is dangerous if take-offs and landings are formed from sheets of ice. 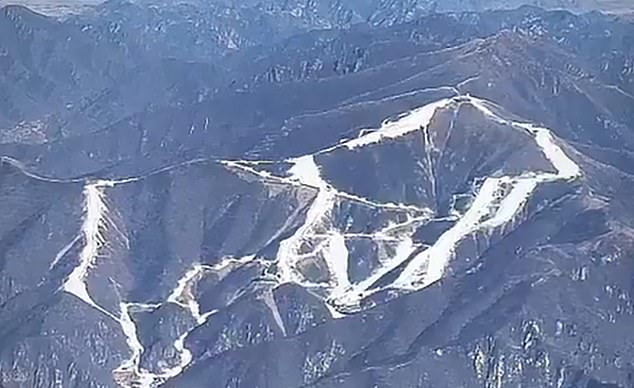 ‘This is dangerous for athletes – some have died.’

The National Alpine Ski Centre in Yanqing, 50 miles north-west of China’s capital, is set among brown hills. So 49 million gallons of water and 300 snow guns are creating a blanket of white for skiing, luge, bobsleigh and skeleton events.

Ordinarily, test events are held on an Olympic hill a year ahead of the competition, giving racers a chance to check out the site and train on the course. But this was scrapped because of the pandemic. 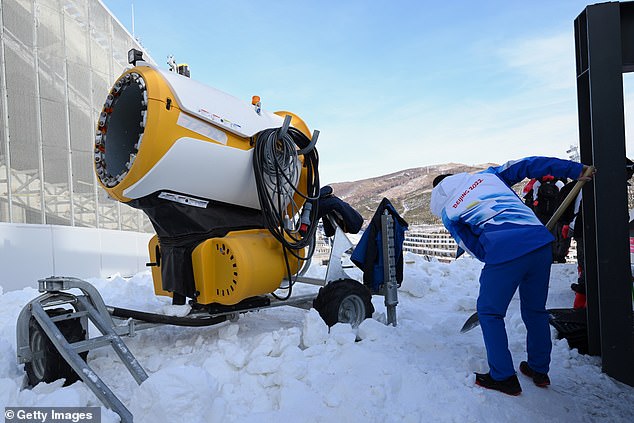 49 million gallons of water and 300 snow guns are creating a blanket of white for skiing, luge, bobsleigh and skeleton events 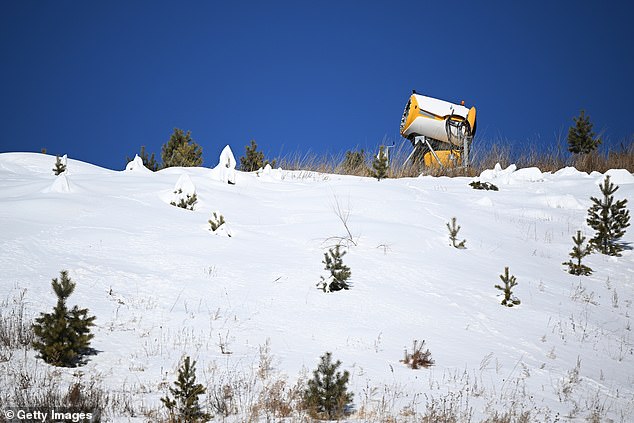 The Beijing Games, which start on Friday, are the first Winter Olympics to rely almost entirely on fake snow

International Ski Federation race director Markus Waldner said this meant the site would be a surprise for competitors, adding: ‘They have to adapt as quickly as possible. It’s a very challenging hill. Demanding.’

More than 3,000 athletes and officials have arrived in China. On Friday, 36 had tested positive. Brian McCloskey, the Games’ medical chief, said it was ‘the peak period’ of arrivals, adding: ‘We expect the highest numbers at this stage.’

No tickets have been sold to the public, as China records its highest number of Covid cases since the pandemic started.

Last night, Princess Anne said she would not attend, citing ‘travel restriction difficulties’. Buckingham Palace said the Princess Royal – a member of the International Olympic Committee and president of the British Olympic Association – was ‘disappointed’.

The US, UK and Canada have already declared a diplomatic boycott over China’s treatment of its Uighur minority.