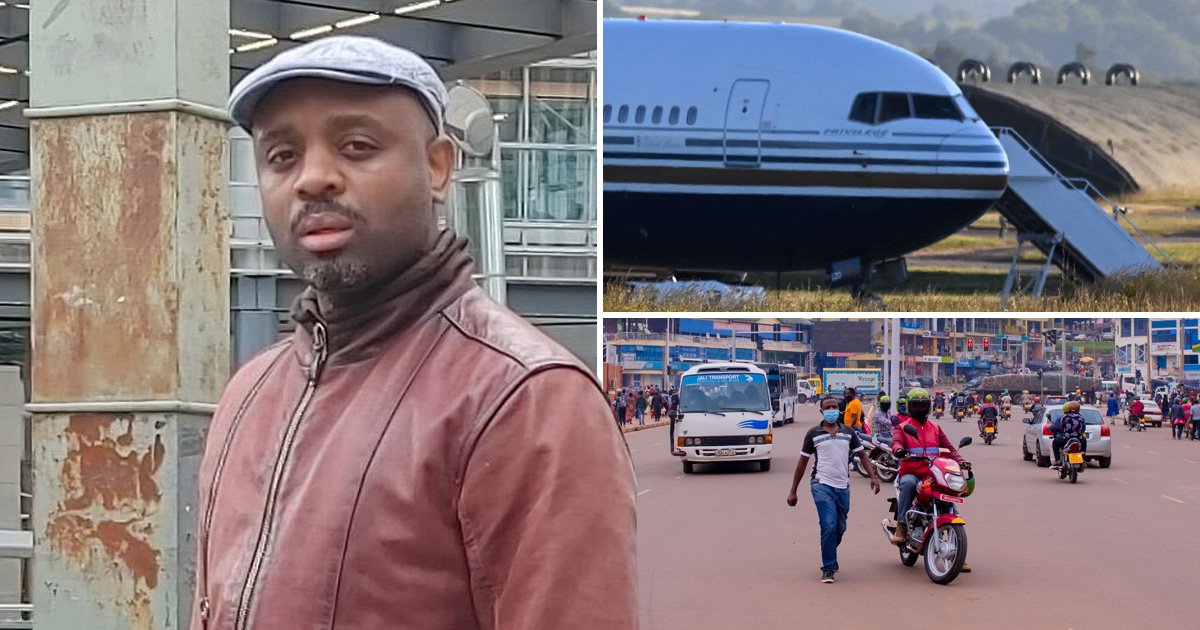 A Buddhist monk who suffered relentless beatings and electric shocks in a squalid Rwandan prison says the UK’s new deportation scheme is ‘immoral’.

Olivier Biraro, 40, now lives in Germany, having fled his home country after he was imprisoned for interviewing people about their genocide experiences.

‘I think it’s my responsibility for me to tell the truth. When I saw the news I called my friend in London and said I have to do something,’ he tells Metro.co.uk.

Olivier says Rwanda has a dire human rights record and that the country will stage manage the treatment of asylum seekers flown over from the UK under the new deal.

In the end, he says they will be left to ‘fend for themselves’ on the streets and will face persecution if they complain about poor living standards and a lack of job opportunities.

Rwanda has history of cracking down on free speech, and Olivier was thrown in jail simply for collecting testimonies from genocide survivors for a book he was writing on mindfulness and meditation.

He hoped to teach people new techniques that would help them move past the trauma they suffered during the massacre of the Tutsi people.

It may seem innocuous enough, but Olivier’s inquisitiveness gained unwanted attention from the authorities.

‘In Rwanda they just want to tell people that the Hutus massacred the Tutsis and the Rwandan Patriotic Front (RPF) came and stopped the genocide – that’s the narrative,’ he tells Metro.co.uk.

‘The RPF were also committing other crimes, but they don’t want anyone else to talk about them, if they do they’re going to get in trouble.’

As the militant group tried to end the genocide and secure victory in 1994, its fighters killed thousands of civilians, in summary executions and massacres.

Now Rwanda’s ruling party, the RPF have banned the discussion of ethnicity, and the crime of ‘divisionism’ can land people in prison.

In 2014, plain clothed police stopped the car Olivier was travelling in, dragged him out and blindfolded him.

They then bundled him into their vehicle and drove him for 4.5 hours to the notorious Kwa Gacinya prison. Olivier said: ‘At first they did not even tell any of my family members was had happened.

‘A friend of mine thought that they were abducting me because they just stopped the car in which I was travelling, they took me out and put a cloth on my eyes.’

It was only after spending a week in captivity that Olivier finally found out where he was, and then he felt a sense of dread rush through him.

‘The name sends shivers down the spines of anyone who hears of it, anyone who is sent there would most likely die,’ he added.

Olivier ended up spending 42 days in the jail and didn’t see the sunlight at all throughout his stay. He had no choice but to sleep on the concrete floor of his cell and he had lice in his clothes.

Guards gave him a bottle in which to urinate, and allowed him just three minutes every day to use a toilet.

He was beaten and given electric shocks as he was interrogated, and all he could tell them was the truth – that he was getting people to share their experiences so he could teach them useful meditation techniques.

Eventually the guards realised he had no affiliations to opposition groups and became more ‘lenient’ towards him over time.

Olivier says his time at Kwa Gacinya was a ‘nightmare’ but that he still told his interrogator that he ‘didn’t hate him’ and that he was ‘just doing his job’.

‘He was somehow surprised that I was showing no animosity towards him. Maybe I had good karma because I was released after 42 days.’

Once he was freed Olivier travelled to Sri Lanka where he was ordained as a Buddhist monk at the Na Uyana Aranya monastery.

He finally got the chance to publish his book, titled Minding Shadows, but by then he knew he’d never be safe returning to Africa.

Olivier, whose Buddhist name is Venerable Sangharakkhita, thought his best chance of survival would be in Europe.

But even that was no guarantee, as he says the government has sent assassins overseas on a mission to take out rivals.

Olivier travelled to Austria in December 2017, but only stayed there for a month as he sensed a ‘very negative attitude about people applying for asylum there’.

He finds Germany more welcoming, and while he’s still waiting a final decision on his application, his six month resident permit keeps on getting renewed and he is allowed to work as an assistant nurse.

‘I think it’s my responsibility for me to tell the truth. When I saw the news I called my friend in London and said I have to do something.

‘There’re massive human rights breaches there – they will just show you want they want you to see.

‘I would urge people to visit Rwanda but need to see what the government’s not showing them, try going to the countryside where people live in fear, try and discuss controversial topics and see how people react because they are terrified to express another point of view.’

The new deal with Rwanda will see those who arrive in Britain outside the legal channels being resettled in the East African country.

It is hoped the scheme will break the business model of ruthless people traffickers ferrying people across the Channel in tiny boats.

But charities, MPs, religious leaders and even the UN have condemned it as inhumane. Campaigners say criminalising people based on their mode of arrival ignores the principle of asylum.

Under the deal, the UK is giving the Rwandan government £120million to invest in economic growth and development.

‘They want to look like they’re supporting people but it’s a PR stunt, they really just want that money,’ says Olivier.

‘There’re no jobs waiting for them, even Rwandan people don’t have jobs, unemployment is quite high. Life in Rwanda is hard, people suffer.

‘These people will be used for six months for PR stunts and then they will be sent onto the streets to fend for themselves.’

Rwanda’s Minister of Foreign Affairs Vincent Biruta says asylum seekers will be offered language lessons and taught new skills upon arrival and can seek employment once they get refugee status.

But with an unemployment rate of 16.5%, it might be easier said than done to find a job.

Chief Executive at Freedom from Torture, Sonya Sceats, said: ‘As Oliver’s harrowing story illustrates, the use of torture and arbitrary detention by state forces remains a widespread issue in Rwanda.

‘The UK government’s wilful blindness to the risks facing people expelled under this scheme are frankly horrifying, particularly the failure to address the specific risks faced by survivors of torture and other vulnerable groups.

‘Our concerns about the safety of this cruel scheme have only increased and we will continue to fight for a compassionate asylum system that treats people people fleeing torture and persecution with dignity and humanity.’

On February 20, 2018, hundreds of Congolese refugees walked 15km from the Kiziba refugee camp to protest cuts in the assistance they had been receiving from the United Nations refugee agency.

Police, local government officials and the UN told them to return to the camp, but they stood their ground for three days.

On February 22 police fired tear gas and shot into the crowd, resulting in eight deaths and many more injuries.

The UNHCR reported another three deaths when police opened fire back at the refugee camp the same day.

While homosexuality isn’t criminalised in Rwanda, LGBTQ+ people report facing discrimination along with physical and verbal abuse in the country. 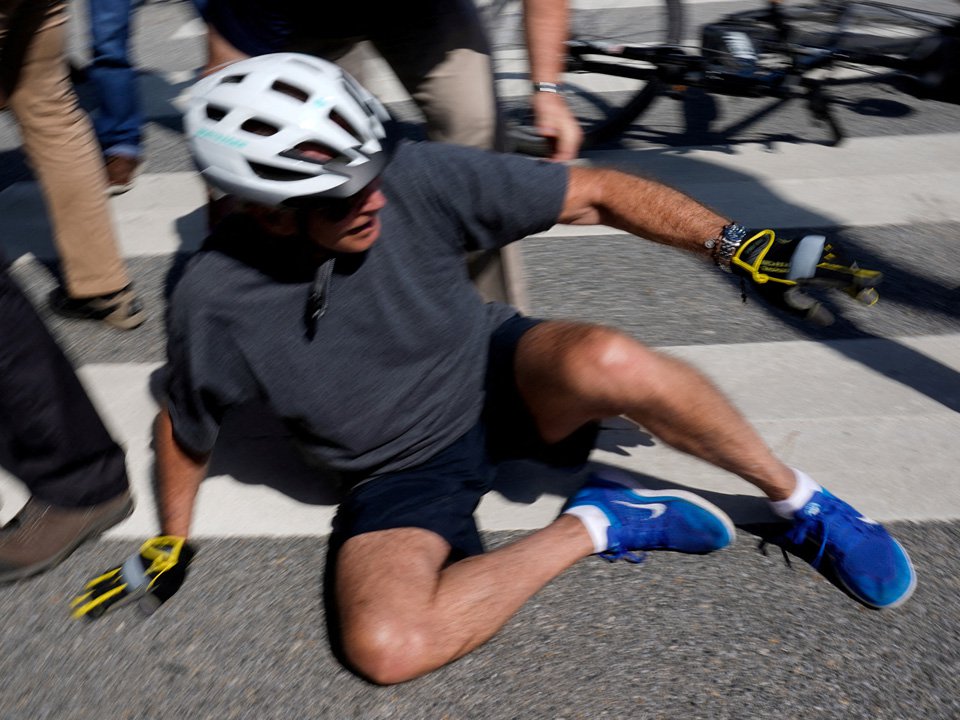 UK Foreign Office minister Vicky Ford said: ‘We are concerned about the restrictions on political opposition, civil society and media freedom, and we regularly express those concerns with members of the Rwandan government.

‘While a Home Office document from this year described ‘the ill treatment of LGBTQ people in the country as more than a one-off’, but not systemic.’

The Home Office’s latest information note on Rwanda said there are some reports of LGBTQ+ asylum seekers having trouble registering their claims.

But the department said it had ‘not been possible to verify, and the scale, extend and frequency remains unclear.’

It added: ‘The government of Rwanda has committed to ensuring that ‘at all times it will treat each Relocated Individual, and process their claim for asylum, in accordance with the Refugee Convention, Rwandan immigration laws and international and Rwandan standards.’