The discovery of more than one hundred new stone “jars of the dead” dating more than a thousand years ago has deepened Laos’ enduring archaeological enigma. The cup-like carved stones vary in size, range from 10ft (3m) in height and two tons in weight. Exactly how the jars were used remains an enigma, however it has been suggested that they served as burial urns for storing human bodies.

However local legend claims the urns were goblets once used by a drunk horde of giants.

Australian National University (ANU) researchers discovered the new jar sites in a remote forest during a survey beginning in 2015.

The latest landmark discoveries suggest the mysterious practices involving the jars were more widely performed than previously thought, and is hoped could help finally interpret their meaning. 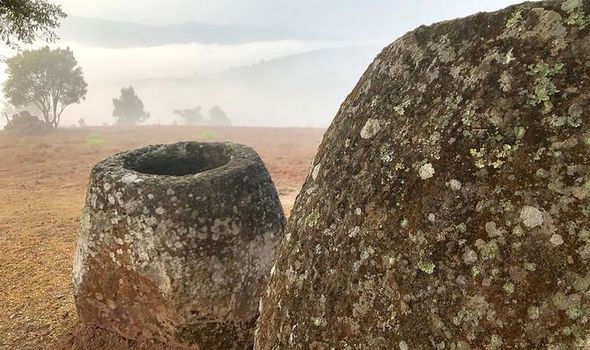 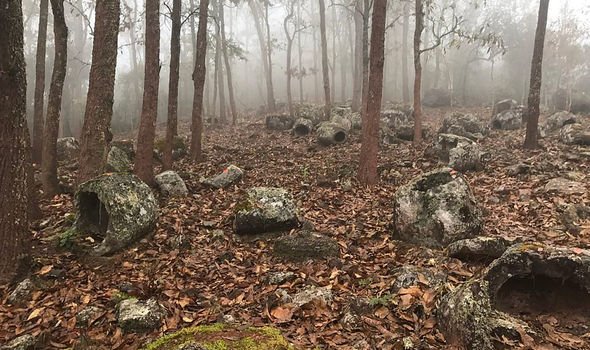 Laos’ jars of the dead remain one of archaeology’s most intriguing enigmas.

Archeologists currently believe the giant stone urns were involved with disposing with the dead.

However almost nothing is known for certain about the jars’ original function and where those who originally deposited them are now found.

The discoveries show that the ancient burial practices associated with the jars “were more widespread than previously thought,” said Dr O’Reilly.

Mr Skopal added: “These new sites have really only been visited by the occasional tiger hunter.”

“Now we’ve rediscovered them, we’re hoping to build a clear picture about this culture and how it disposed of its dead.

There is no evidence that the region where the jars were found was occupied. 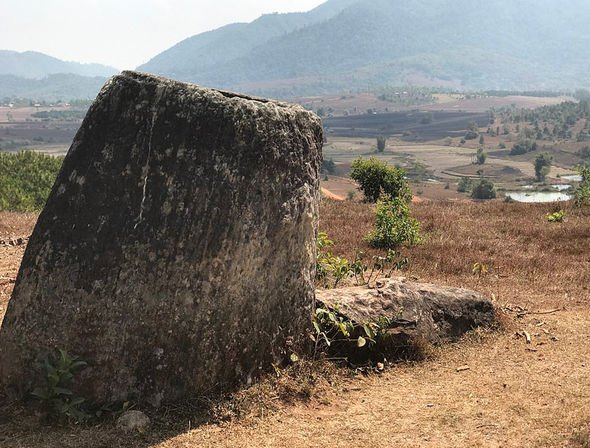 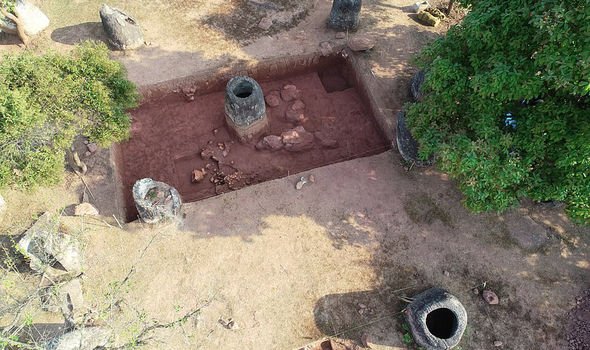 Dr O’Reilly said: “Why these sites were chosen as the final resting place for the jars is still a mystery.

“It’s apparent the jars, some weighing several tonnes, were carved in quarries, and somehow transported, often several kilometres, to their present locations.”

Another hypothesis suggests that the jars were made to capture monsoonal rainwater for later boiling and use by caravans passing through the region.