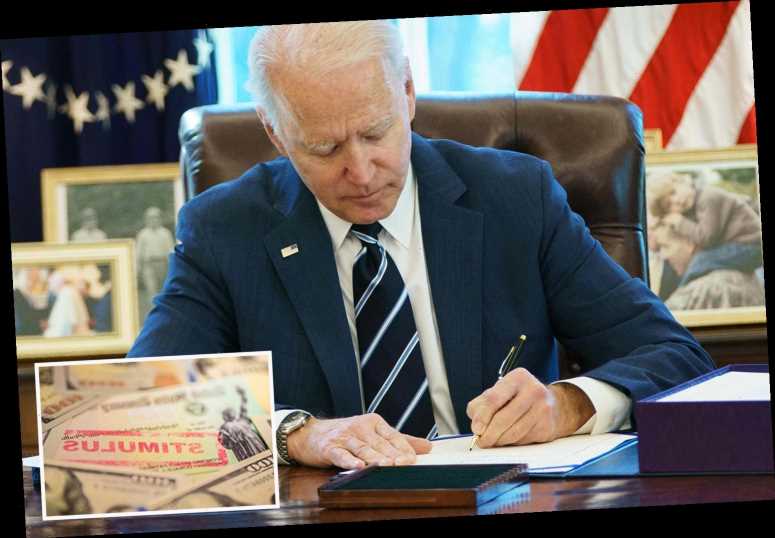 AMERICANS will start to see $1,400 stimulus checks in their bank accounts this weekend, the White House has said.

Psaki also added that the White House were set to hold a celebration today over the signing of the American Rescue Plan.

Leadership from Congress would be on the guest list, adding that the event would be "bicameral" not "bipartisan."

The landmark bill was passed as 220 to 211 votes. All Republicans voted against the bill, with Democrat Representative Jared Golden as the only blue no.

Signing the bill on Thursday, Biden said "this historic legislation is about a fighting chance.

"Tonight, and the next couple of days, I'll be able to take your questions," he told reporters. "But in the meantime, what I'm going to do is sign this bill and make the presentation tonight.

"Then there will be plenty of opportunities to be on the road not only talking about what I'm talking about tonight, which is the impact [of] the virus and how to end this pandemic.

"We're going to talk about all the elements of the bill beginning Friday, Saturday, and all through the week. So, thank you for being here," he added as he signed the bill.

Just minutes before the vote was confirmed, Psaki confirmed that the president will sign the $1.9trillion Covid relief bill on Friday afternoon.

However, the signing took place ahead of schedule – allowing checks to be sent out sooner rather than later.

Biden's name will not appear on this third round of stimulus checks. Psaki said this is in order to "expedite the payments and not delay them."

The latest round of cash will start to be phased out for individual tax payers who earn $75,000 a year.

But once you hit the $80,000 annual gross income (AGI) limit, you won't be able eligible for the help at all.

This also means that a family of four could see a package of up to $5,600.