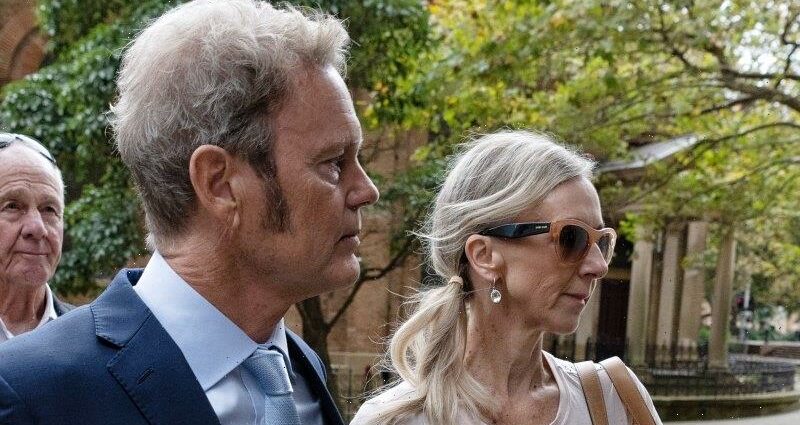 Actor Craig McLachlan had to sneak out of Adelaide on a private plane and wear a disguise to go grocery shopping after three former colleagues publicly accused him of sexual misconduct in a theatre production, a court has heard.

McLachlan, 56, is suing the ABC and The Sydney Morning Herald for defamation over stories published in January 2018 which accused him of sexually harassing three actresses during the 2014 stage production of The Rocky Horror Show. 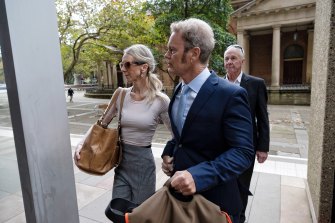 The actor, who is also suing his former colleague Christie Whelan Browne in the case, denies the allegations and says the publications wrongly suggested he is guilty of assault, indecent assault, bullying and sexual harassment.

The media organisations are arguing the defences of truth and contextual truth.

On Wednesday, McLachlan told the court he was in Adelaide for the 2018 season of Rocky Horror, where he was reprising the lead role of Dr Frank-N-Furter, when the stories were first published and broadcast on January 8.

He said his first concern was to call one of the producers and step down from the role because he didn’t think it would be a good idea to continue.

“I was struggling with the reality of what had happened,” McLachlan told the court, taking lengthy pauses as he appeared to grapple with emotion. “I’ve been in the business a long time and I felt completely overwhelmed. I felt helpless.”

McLachlan said he did not personally read the newspaper article, which his wife Vanessa Scammell read to him about a week later, and he only watched portions of the ABC programs some time later in preparation for his legal case.

“My hat fell off in a Coles supermarket [and] a woman grabbed her children and reined them in, protecting them and looking at me with disgust.”

He said he was aware at the time that “my friends, who I laughed with, friends who goosed me, poked me, laughed with me, hugged me, sat on my lap and so on, for almost eight months … were making these allegations.”

McLachlan said his cousin, who lives in Adelaide, came to stay with him that night because “he feared I might do something stupid”. The actor was secretly taken to a producer’s home in North Adelaide, where he remained for two nights until his wife’s brother-in-law, a licensed pilot, flew to a remote air strip in South Australia and ferried him to regional Victoria, where he remained for several weeks.

McLachlan said he was feeling “extreme social anxiety, which I’ve never experienced before”, was “fearful to step outside” and felt “powerless against the media”.

Asked by his barrister if he went outside while he was in Victoria, McLachlan said he’s “been to a restaurant once in four-and-a-half years” and had zero social interaction outside of his and his wife’s immediate family.

“It’s hard to put into words,” McLachlan said. “Eventually I went back to my home in NSW … I’ve been caring for my 91-year-old mum and I would heavily disguise myself – this was my only social activity.

“I’d heavily disguise myself and go shopping for her. And on an occasion where my hat fell off in a Coles supermarket, a woman a short distance away grabbed her children and reined them in, protecting them and looking at me with disgust. By the end of 2018, I was admitted into a mental health facility.”

McLachlan was taken in detail through sexual harassment allegations made by 11 women who will give evidence in the case, including six who worked on the 2014 production of Rocky Horror.

He denied the majority of the claims, but admitted he went into the dressing room of one of his co-stars, Erika Heynatz, and kissed her on the mouth. He said his wife remained in his dressing room while this happened.

“[Erika] was facing the mirror doing her makeup, I approached her and said ‘look at me’,” McLachlan said. “She did, and I kissed her … I was standing leaning over.”