‘A window onto a world I once knew’: the Herald subscriber who is furthest from Sydney

In his Lisbon flat, 18,183km from Sydney on what feels like a different planet, James Kennedy has run out of Vegemite and Minties. His one connection to home is the Herald.

“I like to keep in touch with politics, of course, both at a national and a state level, including the way the pandemic is being handled,” he said of his reading habits. “Also anything related to how Sydney is developing as a city. It’s incredible how much Sydney has changed physically since I left in 2010. Epping, where I used to live for many years, is unrecognisable for all the high-rise towers.” 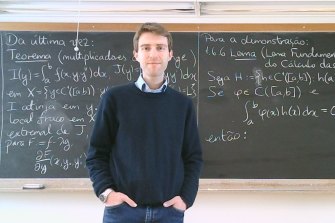 The 36-year-old University of Lisbon mathematics professor subscribed to the Herald “last year – it’s a bit of a blur” to keep up with news from home amid the coronavirus pandemic. He is the Herald subscriber furthest from home, a few hundred kilometres further than those in Gibraltar, Madrid and Limerick.

“It’s like the pandemic has driven a wedge, not just a physical barrier to my return but also an intangible, psychological one between me and everyone back home,” Dr Kennedy said.

“Subscribing to the Herald helps to overcome that barrier. It offers a window onto a world that I once knew so well but after the pandemic will probably hardly recognise.”

Pandemic life in Portugal is markedly different to Sydney. Dr Kennedy explains that an “ill-advised loosening of restrictions for the holidays compounded by the spread of the so-called British variant caused the caseload to spike”. 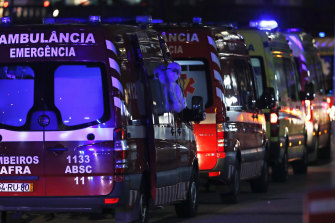 More than 30 ambulances wait to hand over COVID-19 patients to medics at the Santa Maria hospital in Lisbon in January.Credit:AP

“By mid-January the hospitals were overwhelmed, people were being oxygenated directly in the ambulances queueing outside. They started opening field hospitals and flying ICU patients to neighbouring countries; I saw the tents set up around the university hospital near my work.

“I must have had a couple of near-misses. It’s one thing to wear a mask because the law requires it. It’s another when a colleague with whom you had lunch a week earlier tests positive, and you’re left asking yourself whether you really had kept sufficient distance at all times. Or when you’re in a train or a hall with over a hundred other people and know that statistically it’s a near certainty that someone in there is infected, and that you’re relying on the masks and the ventilation system to protect you.”

When he tells a Portuguese he is Australian, one of the responses he commonly gets is: “Wow, what are you doing here?” Yet while he has secure employment and can teach remotely, Dr Kennedy does not intend to return to Sydney.

He is angered by Australia’s inability to bring more people home. “It feels like an act of betrayal, a body blow, that a year into the pandemic the government is still doing so little to bring home people like me in situations of need, even if, thankfully, I am not one of them. Closing the borders was the right thing to do, keeping the borders closed is the right thing to do. But abandoning so many Aussies to their fate overseas, who are often in trouble precisely because the borders are being kept closed, is callous. 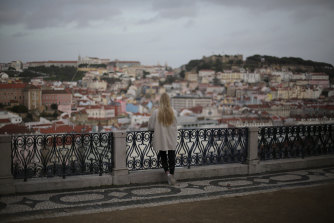 “Viewed from over here, many of the ongoing restrictions back home seem disproportionate to the actual level of risk that people face. And there are obviously deep problems with the quarantine system. But it’s hard to argue with success, and few anywhere have been as successful as the Australians.

Dr Kennedy’s favourite Herald writers are economics editor Ross Gittins – “he has an impressive knack for applying the right combination of economic theory, common sense and human decency to the economic news of the day” – and travel columnist Ben Groundwater – “there’s a vicarious pleasure in following his stories from around the world”.

Dr Kennedy began reading the Herald when he was younger – the print edition back then, of course. “Whenever I went up to Newcastle to visit my parents for the weekend, I would always buy the Herald to read on the train. I know it’s shamelessly old-fashioned, but there’s something incredibly comforting and, dare I say, civilised, about taking a long train ride and reading the newspaper on the way.

“Among my peers, the Herald was always the paper of reference, at least in as much as we read newspapers back then. This would have been in the mid-noughties, so print media were at least more present than they are today.

“But we did follow what was going on: I distinctly remember when the first sudoku appeared; we were all gathered around a copy of the paper working out strategies to solve it (we were studying mathematics). As I recall it did displace one of the regular comics (I admit I forget which one), much to the chagrin of one of our number.”

But it was the pandemic that brought Dr Kennedy back to the Herald.

“We have just regained the right to sit on park benches, which seems like a huge freedom, and a victory.”

And he can take his (digital) Herald with him.

Our Morning Edition newsletter is a curated guide to the most important and interesting stories, analysis and insights. Sign up to The Sydney Morning Herald’s newsletter here.