A new witness has come forward in the middle of a defamation trial between two warring exes to claim she had sex with the plaintiff down a Melbourne side street after a drug relapse.

Constantine Arvanitis is suing former partner Selina Holder in the County Court for defamation over claims she allegedly made that he is a sex addict, violent, and a cheat.

Her lawyers are relying on a defence of truth, which may include evidence from a new witness who claims to have had sex near Chapel Street with Mr Arvanitis after meeting him at a Narcotics Anonymous meeting in 2016. 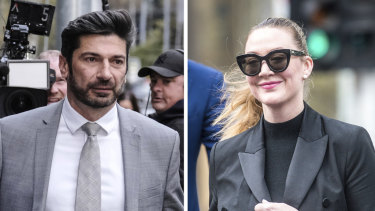 Constantine Arvanitis is facing off against Selina Holder in the County Court.Credit:

Mr Arvanitis has previously told the court that he had run sessions for Narcotics Anonymous after leaving drug rehabilitation for a daily cocaine addiction in 2013.

The judge-only trial has also heard that Mr Arvanitis maintained sexual relationships with at least five other women in 2016 from three different cities.

Ms Holder’s lawyer, Barrie Goldsmith, told the court on Monday that a new woman had come forward in recent days to claim that she had also had sex with Mr Arvanitis at a similar time.

In an email read out by Mr Goldsmith to the court, the woman said she met Mr Arvanitis at Narcotics Anonymous when she had relapsed after multiple years of drug use.

“Whilst I was vulnerable and under the influence, Constantine took the opportunity to have sex with me on a regular basis, sometimes down a side street of Chapel Street,” the woman wrote, according to Mr Goldsmith.

In her email, the woman said she was 26 at the time and that she believed Mr Arvanitis might have been 40.

“Not only is the plaintiff a sex addict but a sex predator,” the woman wrote, according to Mr Goldsmith.

Mr Goldsmith said that he was bringing the email to the attention of the court because the woman had expressed a strong willingness to appear as a witness. 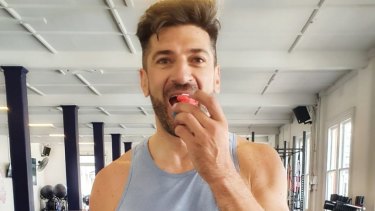 Constantine Arvanitis has admitted previously having a cocaine addiction.Credit: Supplied

He flagged a possible application to amend Ms Holder’s defence document to include the allegations.

Paul Hayes QC, appearing for Mr Arvanitis, said that application would be opposed.

“This is introducing something fresh. Here we are on day five of the hearing and the plaintiff has just finished giving evidence-in-chief and suddenly we have this fresh allegation,” he said.

He said sex addiction was a medical diagnosis and couldn’t be proved by the allegations being made.

Mr Arvanitis is suing over a letter allegedly written by Ms Holder and two other women who called themselves the “sisterhood”. They are said to have sent the letter to his new fiancee, Melanie Thornton, telling her to leave him.

The court heard that Dr Thornton and her father, Gerald Thornton, are likely to be subpoenaed to give evidence in the trial.

Mr Arvanitis has told the court that the relationship with his fiancee’s family had severely deteriorated after the legal document was provided to Dr Thornton.

He gave evidence that he was no longer invited to “soirees” with Dr Thornton and her husband, luxury car dealer Srecko Lorbek. 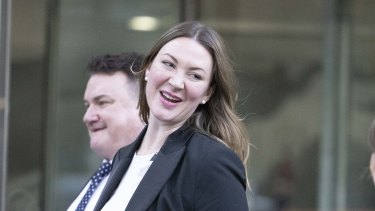 “I don’t feel there could ever be a loving caring relationship there any more,” he said.

“I feel like there’s judgment there, I don’t blame them for that but I know it’s there.”

Cross-examination of Mr Arvanitis will continue on Monday afternoon.

Catch all the day’s headlines

At the end of each day, we’ll send you the most important breaking news headlines, evening entertainment ideas and a long read to enjoy.  Sign up to The Sydney Morning Herald’s newsletter here, The Age’s here, Brisbane Times’ here, and WAtoday’s here.