Matt Nagy is a shining example of how fast the NFL can change.

In February 2019, Nagy was at the league’s awards show, accepting the honor for NFL Coach of the Year after his first season with the Chicago Bears. He was considered a rising star. Some might have already considered him a star.

Then in the 2020 offseason, there were headlines in Chicago like “Time to prove it: This season will show whether Matt Nagy is the right coach for the Bears.” And it’s not like the Bears were even that bad last season.

I don’t buy that Nagy is in trouble, so you won’t find his name on the list of coaches who enter this season on the hot seat. But it’s the NFL. You never know what’s coming next.

Here are the coaches who have the hottest seat entering the 2020 season:

Lynn started his Chargers career very well, with a 9-7 season and then 12-4. He probably shouldn’t be in trouble after a 5-11 season, but the NFL is impatient. Given the Chargers’ less-than-ideal quarterback situation, another losing season is possible and that might not be great for Lynn.

I hesitated putting O’Brien on the list. He has a solid 52-44 overall record and it seems the Texans want to keep giving O’Brien more power, not less. But the negativity over the DeAndre Hopkins trade has been unrelenting. If that trade looks as bad by the end of the season as it did in March and the Texans plummet in the AFC South, O’Brien’s job security will be a discussion. 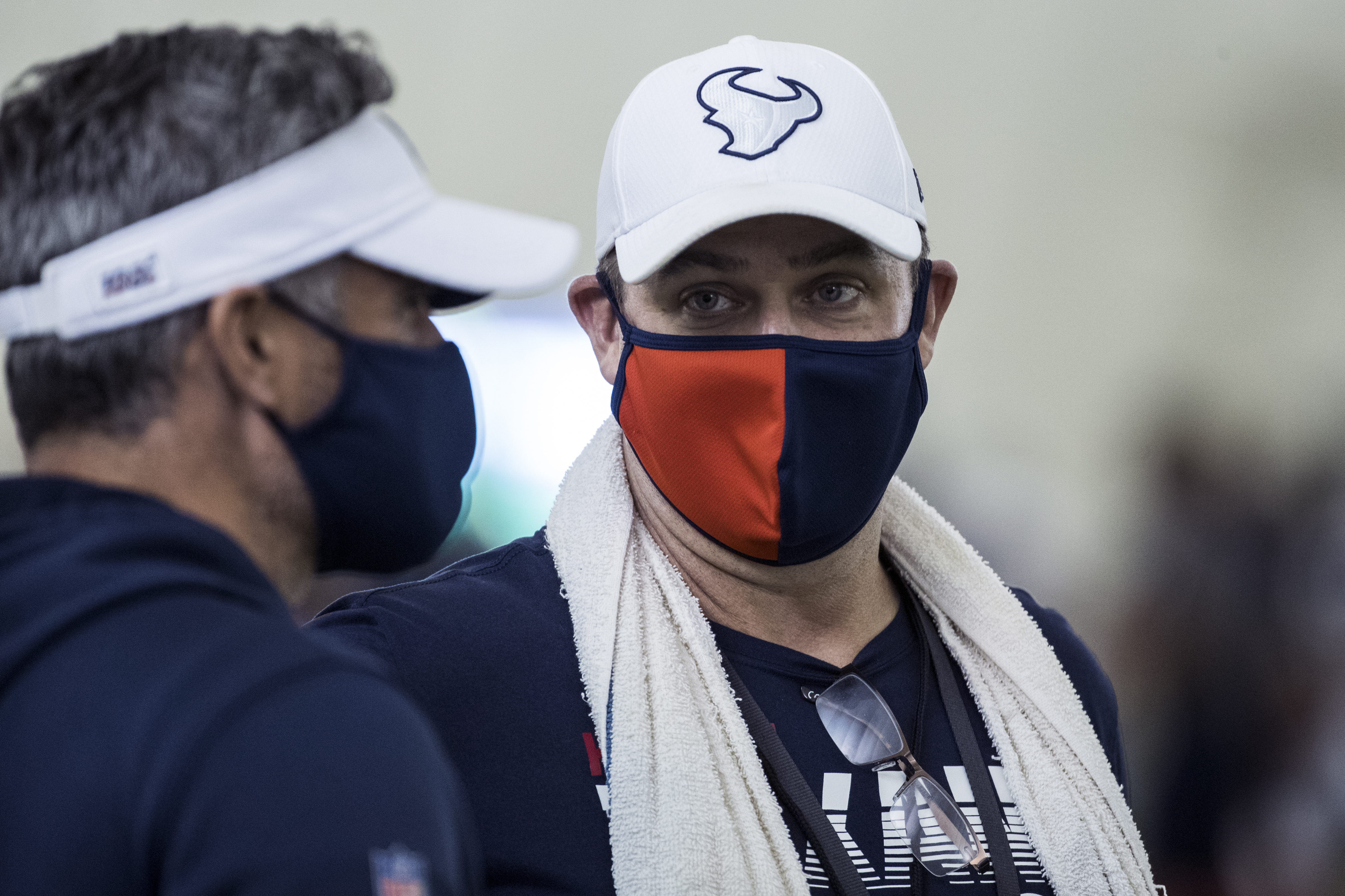 The Bengals started 0-11 in Taylor’s first season and finished 2-14. Taylor already came in with a very thin resume, and how many coaches can survive two double-digit loss seasons to start their career? If the Bengals’ 2020 season looks like the 2019 season — especially if Taylor’s offense doesn’t work for top pick Joe Burrow — there might not be a third year for Taylor.

It’s amazing that Quinn is on this list because it seemed impossible for him to save his job last season. The Falcons rallied to play very well when Quinn seemed to be all but done, and he’s back. The players like him and he has had success. But another terrible start to the season would bring up all the familiar questions about whether he needs to go.

It was confusing why Gase was hired so quickly by the Jets after back-to-back losing seasons with the Miami Dolphins. His ballyhooed offense wasn’t very good in Miami, and the players weren’t big fans of his leadership style. Then his offense didn’t look very good with the Jets and his players don’t seem to be big fans of his leadership style. All the while, players like Ryan Tannehill, Kenyan Drake and DeVante Parker thrived once they were away from Gase. Maybe Sam Darnold takes a big leap, the Jets look like they’re turning a corner and New York’s move to hire him looks great. If not, it’ll be four losing seasons in a row for Gase and no great argument to stick with him.

Marrone is 11-21 since the Jaguars lost the AFC championship game at New England. This season looks like it’ll be a rough one for the Jaguars, and that 2017 season will be further in the rear-view mirror. If the Jaguars are as bad as it looks like they could be, the team will probably be looking for a new coach to bring along their highly drafted quarterback in 2021.

Here’s where we bring up general manager Bob Quinn’s comment about 9-7 not being good enough after he fired Jim Caldwell. Patricia is 9-22-1. Plenty of players who have left Detroit have ripped Patricia on the way out. Patricia hasn’t been the defensive genius the Lions thought they were hiring. Quinn and Patricia seem to be joined at the hip so starting over would have to be a team ownership decision, but another poor season might leave them no choice.