As with past election cycles, there were many reasons why Georgians could have been prevented from voting during the most recent races, according to activists on the ground. Not only did the global pandemic undermine the safety of voting in person, but misinformation about mail-in ballots abounded. These factors, coupled with usual voter suppression tactics, including discriminatory voter ID laws, understaffed voting locations and faulty technology that can lead to long waits, and a lack of language and disability accommodations, should have all but ensured minimal turnout.

“We were so fearful that many of our folks were going to stay home and rightfully so, because this pandemic has targeted Black people at disproportionate rates,” Wanda Mosley, senior state coordinator for Black Voters Matter, one of the organizations at the forefront of the fight to mobilize Georgia voters and voters from other states during the presidential election, tells BAZAAR.com. “And so, I couldn’t honestly look anybody in the eye and say, ‘Go out and vote, and stand in a line, or be shoved inside a gymnasium waiting for three or four hours when you could possibly be exposed to a deadly virus.’” 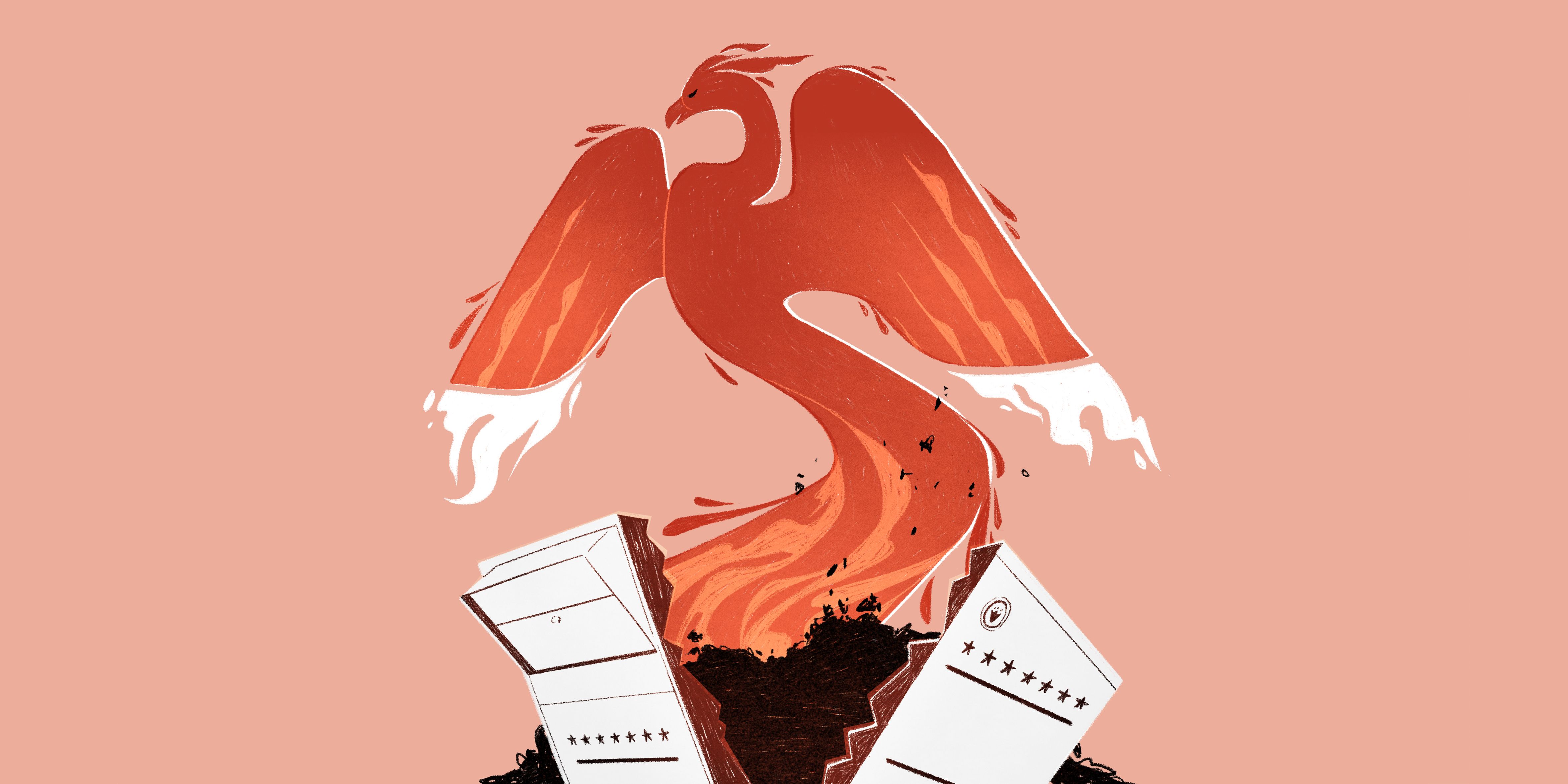 Yet, thanks to Mosley and a coalition of other voting rights organizations in the state—most of which are helmed by Black women and other women of color—Georgia saw record turnout with approximately five million people casting ballots, per The Associated Press. Georgians didn’t simply make history in the scope of their voting, but in its political leanings too. For the first time in 28 years, the Southern state overwhelmingly voted for a Democratic president. While Georgia has been inching toward becoming bluer in recent years—Hillary Clinton lost Georgia in the 2016 presidential election by only five points, and Stacey Abrams lost the gubernatorial election in 2018 by a mere 1.5 points—Republicans maintained political dominance until now.

“We knew that Georgia was prime and right and ready for a change. We went through an entire year of a health pandemic, during which Georgia opened up too quickly. We saw murder after murder in the state of Georgia: Ahmaud Arbery, Kamaal Koby Edwards, Rayshard Brooks, and Secoriea Turner, and so many others,” the Reverend James Woodall, state president of the Georgia NAACP, says. “That’s what the state of Georgia has gone through for the past 12 months. … We got sick and tired of being sick and tired, and we organized like hell so our voices could be heard, so that every single vote could be counted.”

But organizers like Woodall say that though the presidential election has been called in favor of former vice president Joe Biden, their work is far from over. Instead of taking a breather, they’re setting their sights on two January runoff Senate races, races that could have implications far beyond the Peach State.

Neither of the state’s incumbent Republican senators won a majority of votes on Election Day, so ever since, all eyes have been on Georgia, as the set of January rematch elections will not only determine the state’s Senate representation, but whether Democrats or Republicans will hold control of the chamber.

Under Georgia law, when no candidate receives more than 50 percent of the vote, the top two candidates compete against each other in a subsequent race. 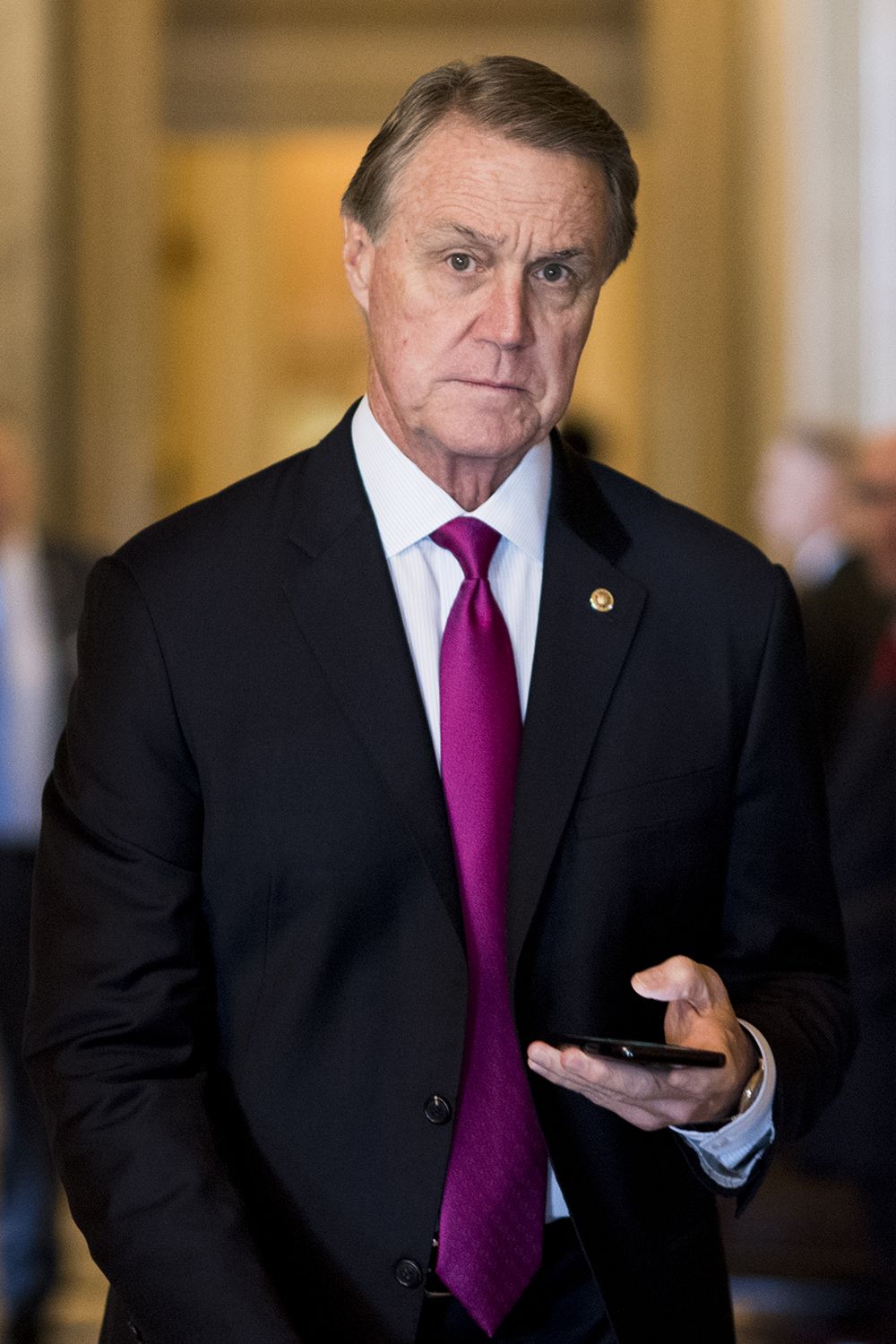 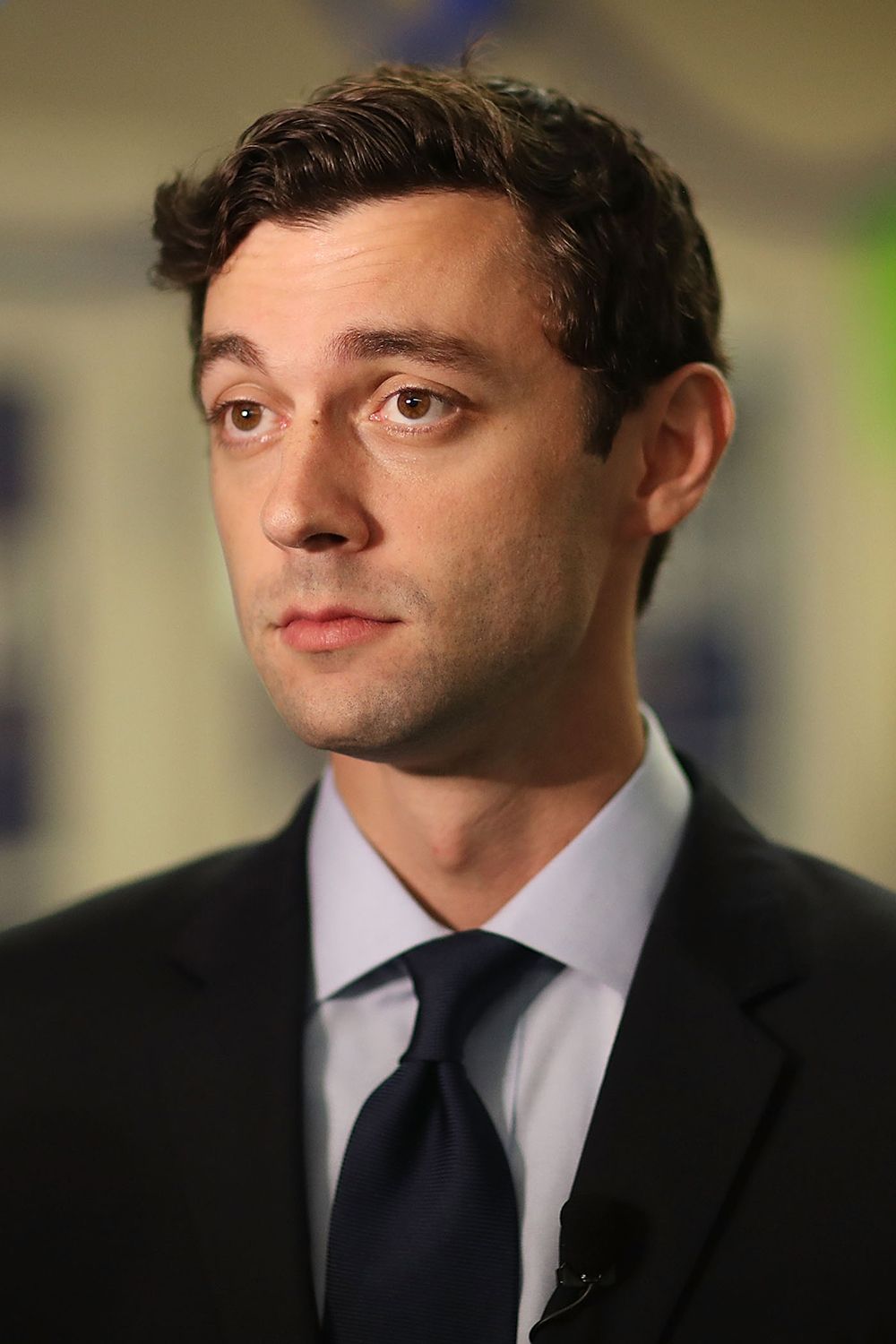 In one of the runoff races, Senator David Perdue will compete against Democratic challenger Jon Ossoff. Perdue has served as a senator for Georgia since 2015. He came under fire earlier this year for buying stock in DuPont de Nemours, a company that produces personal protective equipment, which is used to prevent the spread of the coronavirus, on the same day the Senate held a members-only briefing on the pandemic, according to the Atlanta Journal-Constitution. Ossoff is a politician and investigative journalist. He previously worked as a national security aide for Georgia congressman Hank Johnson and was the Democratic nominee in the special election for Georgia’s Sixth Congressional District in 2017.

In the other runoff race, Senator Kelly Loeffler, who was appointed by Governor Brian Kemp in 2019 after her predecessor, Johnny Isakson, resigned from office because of health issues, will face Democrat Raphael Warnock. Like Perdue, Loeffler, who co-owns the Atlanta Dream, a WNBA team, was also criticized for her stock-trading activity during the early days of the pandemic after financial disclosures revealed that she and her husband started selling stocks related to companies that were especially vulnerable to economic hits from the coronavirus on the same day as a private Senate briefing on the pandemic, per Vox. Warnock, who became a fixture in Georgia politics through his activism, which focused on expanding the Affordable Care Act in Georgia, is the senior pastor of Ebenezer Baptist Church in Atlanta. Several members of the Atlanta Dream and other WNBA teams have endorsed Warnock in response to Loeffler’s comments about the Black Lives Matter movement being “totally misaligned with the values and goals of the WNBA and the Atlanta Dream.” 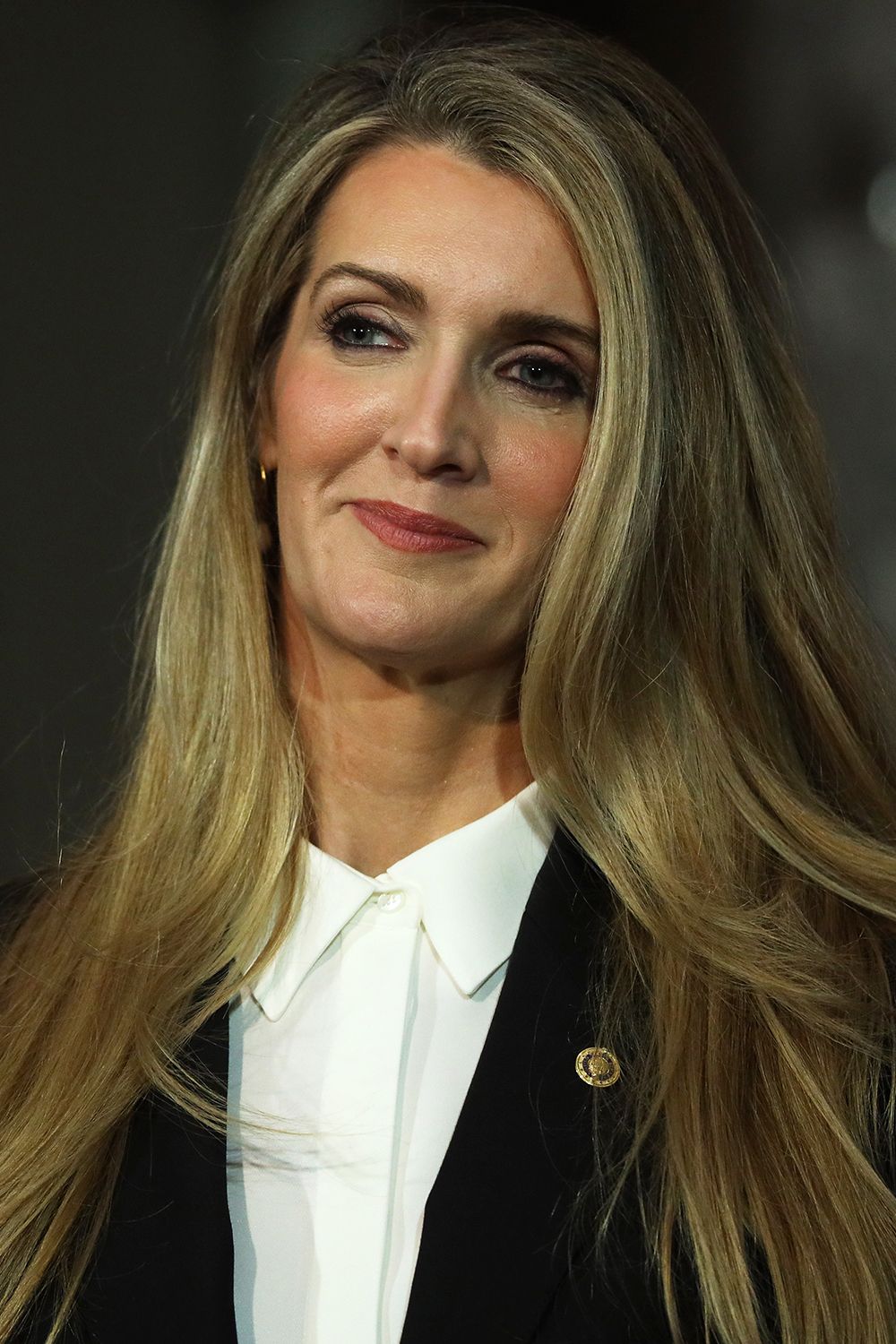 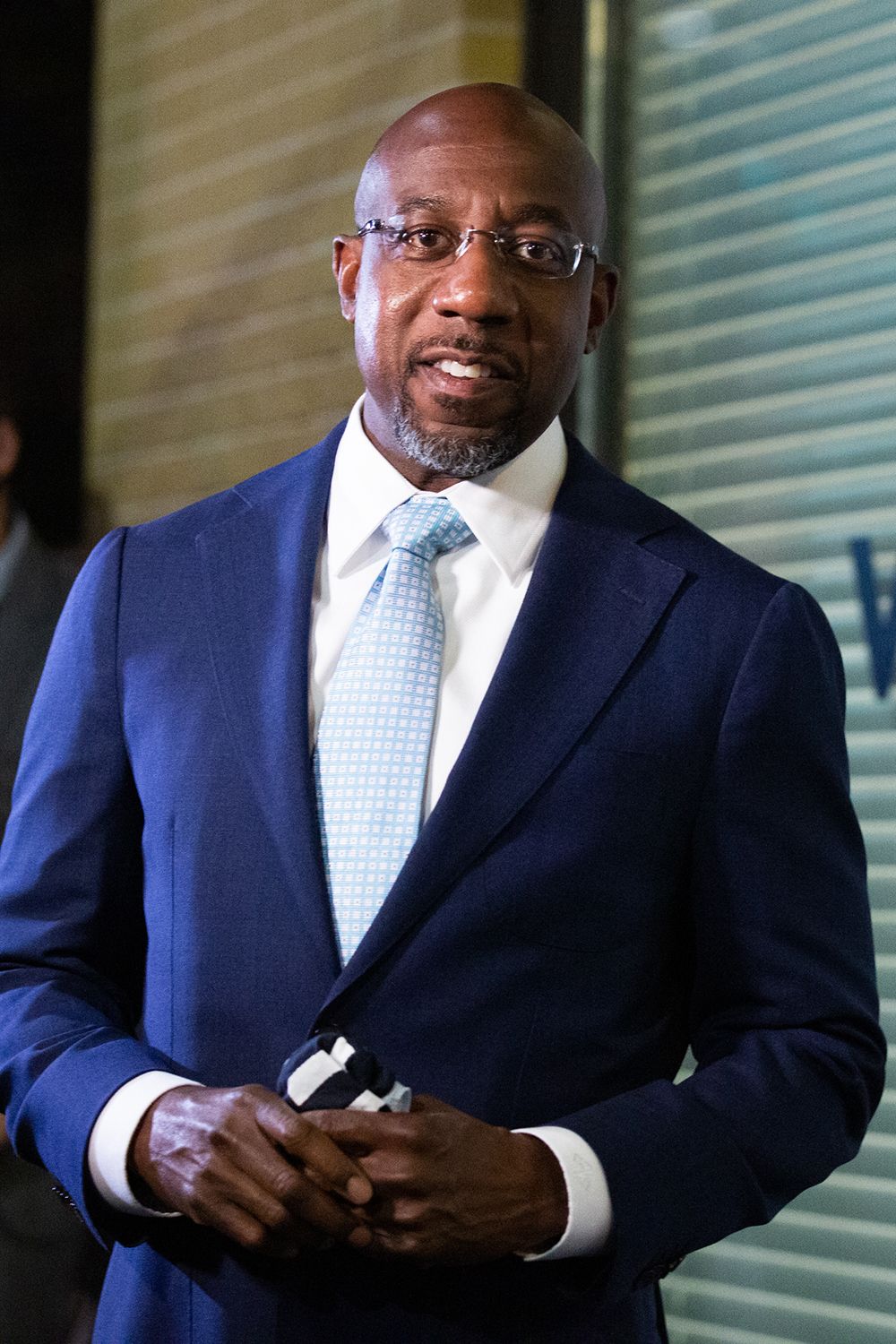 In order for Democrats to gain control of the Senate, they must win both of Georgia’s Senate seats. Biden would be the first president since 1989 to assume office without complete control of Congress should Republicans maintain one or both seats, according to NBC News—a scenario that would limit his power to pass legislation. A Republican Senate could also interfere with Biden’s cabinet picks and judicial nominees.

How are organizers preparing for the runoff elections?

While Georgia’s runoff law was enacted in the 1960s to undermine Black political power, according to a 2007 report from the Interior Department, these upcoming runoff races might instead be a way for Black constituents and other constituents of color to further reinforce their political influence. Though the elections won’t occur until January 5, organizers from around the state are already preparing to mobilize voters.

“With runoff elections, there’s usually a very low turnout rate,” Helen Butler, the executive director of Coalition for the People’s Agenda, another organization responsible for transforming Georgia from a red to a battleground state, says. “We’re trying to increase that turnout rate, not by endorsing candidates, but by showing people the connectivity between public policy and their everyday lives and how elected officials make those policies.”

We’re trying to increase that turnout rate, not by endorsing candidates, but by showing people the connectivity between public policy and their everyday lives

As organizations like the Coalition for the People’s Agenda gear up for the upcoming elections, most of their game plan includes continuing to enact the strategies that have already worked for them: in-person and social media outreach, phone and text banking, and flyers and education—not only about how to safely and correctly cast votes, but also about the stakes of the Senate races. They plan to target all possible voters, especially 17-year-olds who will turn 18 before January and will therefore be eligible to vote.

“We’ve gone without access to clean water. We talk about Flint [Michigan] all day long, but we don’t talk about Juliette, Georgia, where folks are developing cancer because the coal ash is in the well water that they drink every single day,” Woodall says. “We don’t talk about the air quality, the economic disparities, especially in the city of Atlanta, which has the widest wealth gap in the nation. That’s what we’re fighting for, and that’s what’s on the ballot box.”

Other integral strategies for organizations on the ground include forging coalitions with groups and acknowledging electoral work doesn’t happen in a vacuum. Fenika Miller, the middle Georgia organizer for Black Voters Matter, joined the organization by way of another group she founded, New Vision MSK, whose goal is to empower and educate women to advocate for themselves and their communities.

“We’re having conversations, showing love to our people who have been marginalized, overlooked, ignored before, and bringing them into the conversation in a way they probably have not been engaged before,” Miller says. “That makes a world of difference in communities where most times it feels extractive. You’re calling me to ask me for my vote, but you don’t care how I’m doing as a person.”

Though Georgia may have recently become an epicenter for national politics, organizers want others from around the country to know that these gains were hard-fought and they stand prepared to continue advocating for Georgia residents.

“This is the result of work within the Latino community in collaboration and close partnership with our allies in the Black community and the Asian-American community,” Jerry Gonzalez, chief executive officer of Georgia Association of Latino Elected Officials (GALEO), an organization dedicated to increasing voter participation among Latino communities in the state, says. “We’ve been able to make sure we’re able to leverage our resources to do strategic outreach for our communities to ensure we have a greater impact, and that’s what you’re seeing.”