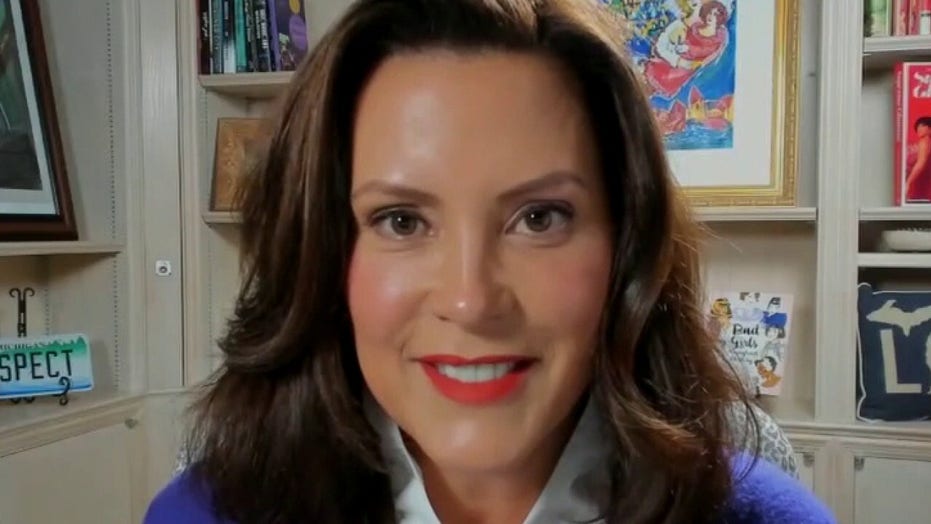 Michigan Gov. Gretchen Whitmer blamed the Trump administration for rhetoric that she claimed led to a kidnapping plot against her, after the Trump campaign accused her of encouraging attempts on the president's life.

More than a dozen people were arrested earlier this month as state and federal authorities thwarted a militia group's plan.

“First I want to acknowledge the incredible work of the FBI and the Michigan State Police," Whitmer told "Fox News Sunday" host Chris Wallace, "but I also want to acknowledge that rhetoric like this contributes to bringing up the heat. I have asked the White House since April to bring the heat down. That’s when the death threats started.”

Whitmer, who serves as the national co-chair of the Biden campaign, accused the language Trump uses during public events of being "anti-American" and against the nation's founding principles.

"It’s going to be hard for us as a nation to come back together," Whitmer warned, "but if anyone can do it, I know it’s Joe Biden.”

Whitmer, meanwhile, was accused by the Trump campaign of encouraging assassination attempts on the president after displaying the numbers “8645” in the background of a national television interview last Sunday.

Appearing on NBC’s “Meet the Press,” the Democratic governor spoke from about her state’s coronavirus restrictions and slammed Trump’s response to the pandemic, all while the digits “8645” in bubble letters were perched by a house plant on a coffee table behind her.  The numbers prompted a reaction from one of the Trump campaign’s verified Twitter accounts.

“Governor Gretchen Whitmer displayed an '86 45' sign during her TV appearance,” Trump War Room tweeted, adding: “86 can be shorthand for killing someone.”

“Whitmer is encouraging assassination attempts against President Trump just weeks after someone sent a ricin-laced package to the White House,” the account wrote.