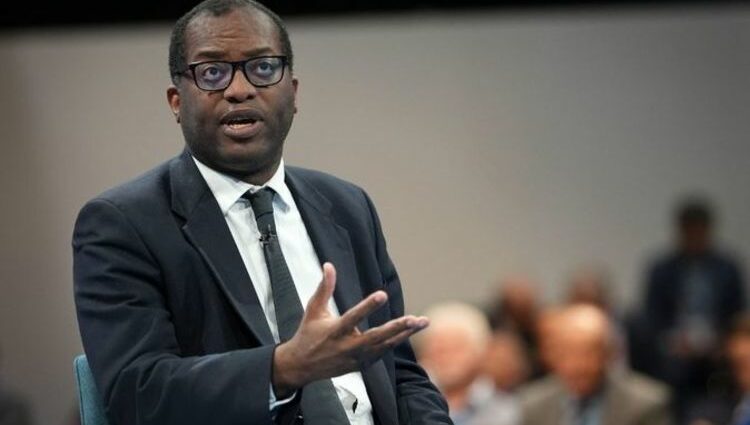 During a meeting with energy companies this week, Business secretary Kwasi Kwarteng used internal data provided by the Met Office, which his department funds, to reassure industry leaders that the weather might be on their side. Both households and energy suppliers fear another surge in prices.

Earlier this month, the energy price cap – which sets limits on what suppliers can charge customers on default tariffs – went up by £139 to push average bills up to £1,277.

Analysts even predicted another rise of £400 when it is next reviewed in April.

Energy companies are also heavily impacted by the spike in wholesale prices with nine suppliers that have gone bust.

Another four are said to be in line to go out of business.

To reassure the industry, Mr Kwarteng used a Met Office briefing which said that “for the late winter period from January to February 2022, the most likely scenario is for an unsettled period of wet, windy and mild spells.”

One official who attended the meeting told The Telegraph: “Energy suppliers asked whether we had weather insights over the winter period, and the Business Secretary shared the most recent Met Office forecast.

“Our plan to protect consumers isn’t based on weather outlooks.

“Whatever happens, the energy price cap will remain in place to shield consumers from high global gas prices.”

The Met Office data only covers the next three months and does not exclude cold spells, especially in November and December.

“It’s not a forecast, a Met spokesperson told the Financial Times.

“Accuracy declines the further out you go.

“The whole area of long-range forecasting is pretty experimental as far as any meteorological organisation is concerned.”

“This is a new low for government energy policy,” said Ed Miliband.

“Reduced to crossing his fingers for a mild winter, Kwasi Kwarteng is showing just how much a decade of inaction from the Government has left us vulnerable.

“Kwasi Kwarteng is the Business Secretary, not a weatherman.

“It is cold comfort for businesses and families that this is all he has to offer.”