Kamala Harris made history today, becoming the first female and first Black and South Asian vice president of the United States. At the 59th inaugural ceremony, she wore a purple dress and matching coat by emerging designer Christopher John Rogers. She also accessorized her ensemble with a pearl necklace by Wilfredo Rosado.

The striking piece of jewelry was specifically made for Harris to mark this momentous occasion. It features gold open links with 12 South Sea pearls separated by 11 diamond brilliants, each of which holds special significance.

“The necklace has a few unifying themes; the gold chain link symbolizes strength, the pearl is representative of both femininity and resilience, and the diamonds add a hint of glamour that I felt was perfect for the occasion,” Rosado tells BAZAAR.com. 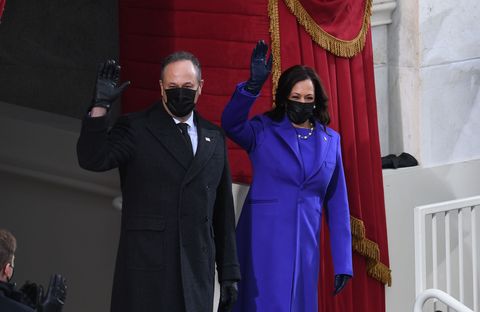 The Brooklyn-based designer, who was born in New Jersey to Puerto Rican parents spent more than two decades in the industry working as a fashion director at Interview magazine and Giorgio Armani, before founding his eponymous jewelry brand in 2011. Known for his imaginative work with pearls, fashioning intricate clusters or mixing them with gems that undercut staid associations, Rosado instantly attracted fans like Julia Roberts and Mariah Carrey. He is certainly not one to offer a simple strand.

The vice president seemingly follows the same mantra. Throughout her career, from California state senator to the campaign trail for Joseph Biden’s presidential run, Harris has chosen nontraditional pearl necklaces. The piece she wore to the Democratic National Convention, for example, which was designed by Irene Neuwirth, featured a double strand of pearls attached by delicate gold chain links, nodding to the sorority, Alpha Kappa Alpha she belonged to at Howard University. 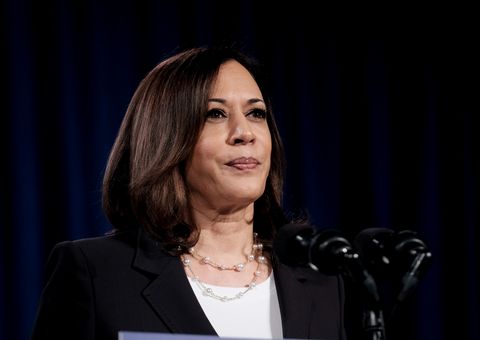 Rosado was first contacted by Harris’s team in September. Even without knowing where and when his design would land, he made sure to create a piece that truly reflected the vice president’s MO. “This is more than just a piece of jewelry,” he says. “It represents a historical moment, pride in having the first woman named vice president of the United States and a new beginning for our country.”