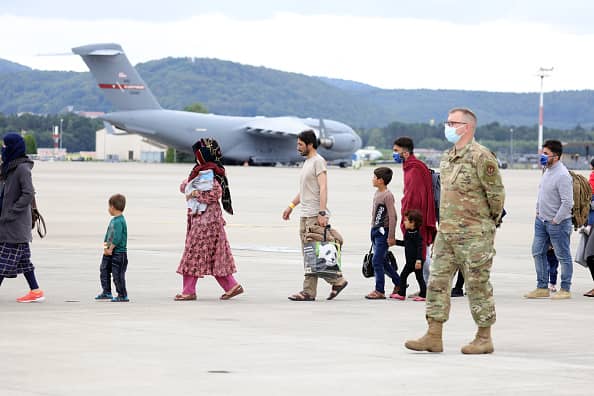 U.S.-bound flights carrying evacuees from Afghanistan are on hold after four cases of measles were diagnosed among Afghans who had already arrived in the country, the White House said Friday.

The flights have been temporarily paused "out of an abundance of caution" at the request of the Centers for Disease Control and Prevention, White House press secretary Jen Psaki told reporters.

The Afghans diagnosed with the measles are in quarantine in accordance with public health guidelines, and the CDC has begun contact-tracing steps, Psaki said.

The CDC did not immediately respond to CNBC's request for comment on Psaki's remarks.

Psaki noted that all those arriving as part of "Operation Allies Welcome," the Biden administration's ongoing effort to resettle Afghan allies following the U.S. full withdrawal from Afghanistan, are required to be vaccinated for the measles as a condition for entry.

Measles is a highly contagious virus that can be spread through coughing or sneezing, the CDC says. People can become infected with measles if they breathe contaminated air, or if they touch a contaminated surface and then touch their eyes, noses or mouths, according to the CDC.

About half a million new measles cases were reported to the CDC every year for two decades, until the introduction of a measles vaccine in 1963. In 2000, the public health agency declared measles was no longer being transmitted among Americans.

But hundreds of measles cases were reported in 2019 — a huge jump from prior years — as a growing number of parents refused to vaccinate their children.

This is breaking news. Please check back for updates.