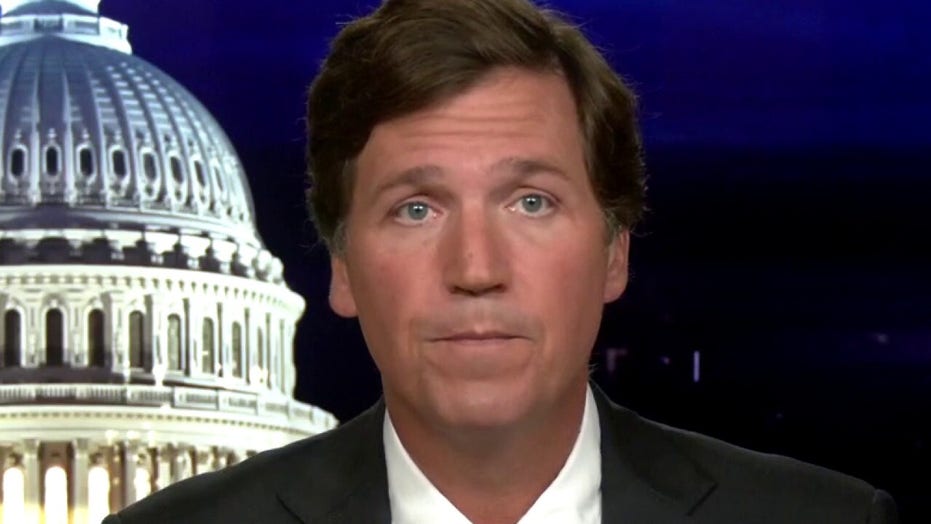 Tucker: Lawmakers win when they promise to fix chaos

A party that tolerates rioting has no future in a democracy.

"The Justice Department could have stopped this months ago … But they didn't do it," the "Tucker Carlson Tonight" host said. "They ignored that. Across the country, prosecutors responded to politically disfavored crimes with maximum aggression and they ignored the rest."

Later in his commentary, Carlson played video of a woman punching a female lector in the face as she left the altar at the Cathedral Basilica of Saints Peter and Paul on Philadelphia's Logan Circle.

The Philadelphia Police Department said Monday they had identified the suspect but "deferred" charges while the investigation continued. Two sources told the Philadelphia Inquirer that authorities decided to seek "alternatives to prosecution because the woman is struggling with mental health issues" and that the decision was made "in consultation with church officials" as well as the office of Democratic District Attorney Lawrence Krasner.

Krasner's office issued a statement obtained by the Inquirer saying the incident had not been referred for prosecution and declined to comment further.

The host said that both the riots in places like Kenosha and Portland, as well as the lack of charges against the Philadelphia assault suspect are examples of "violence go[ing] unpunished."

"What does that cost? It increases tribalism, makes us hate each other," he said. "That's why they're doing it. Our leaders want us to believe this is a racial conflict, they're always telling us it is. They're lying. It is not a racial conflict. At its deepest level the chaos they have unleashed has little to do with race.

"What you are watching its an effort by the academic left, funded by big business, to crush the last remaining resistance to their control of the country, and that resistance is an independent American middle class. That's who they really hate. This is not a race war. This is a class war. Remember that."