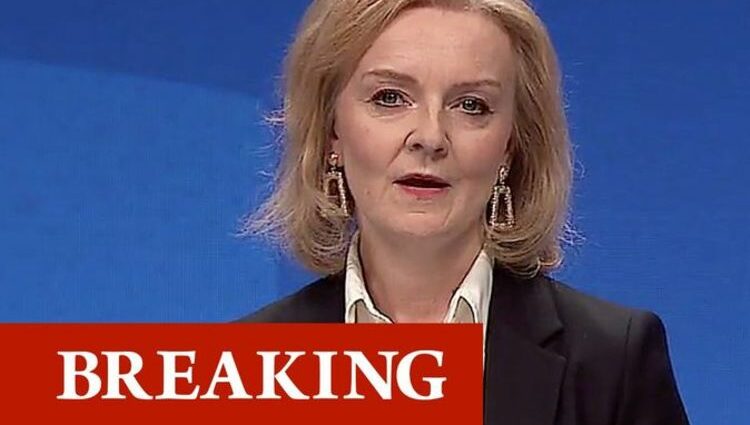 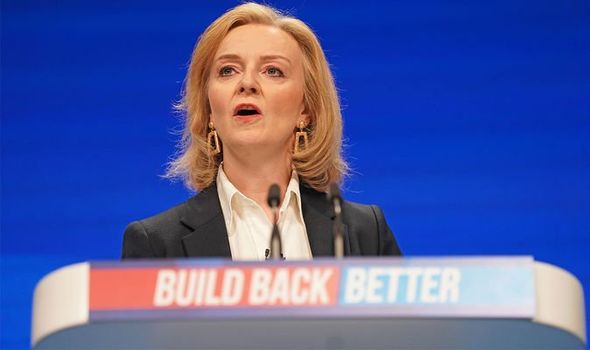 She pledged to help create a “competitive, more confident” country on the world stage.

“I reject the voices of decline. I believe that Britain’s best days are ahead of us,” she told party members in Manchester.

As Trade Secretary Ms Truss secured 68 trade deals around the world, including deals negotiated from scratch.

She quickly became a Tory favourite for her outward-looking attitude promoting free trade across the globe.

Giving her first speech to members since being promoted to Foreign Secretary, Ms Truss promised to continue championing British trade.

She said: “Deeper trade links mean more jobs in the Scotch whisky industry, the car industry in the North East, and tech industry here in Manchester.

“Our Aukus agreement will make Britain safer and create hundreds of skilled jobs, from the shipyards of Govan to the factories of Tyneside.

“This is the work I will be doing as Foreign Secretary.

“Banging the drum for Britain abroad to deliver for people here at home.

“Britain has always been at its best as an outward-looking, optimistic nation, confident in its ability to compete and lead.

“This is Britain I want us to be – patriotic and positive.”

Lates News:
2021-10-03
Previous Post: Corbyn to lead anti-Boris protest in Manchester just minutes away from Tory conference
Next Post: An Erotica Pioneer Goes From Hero to Villain for Dozens of Authors