MIDLAND, Texas (Reuters) – U.S. President Donald Trump raised $7 million in campaign contributions on Wednesday on a visit to Texas to promote energy policies that he hopes will show a stark contrast to Democratic rival Joe Biden. 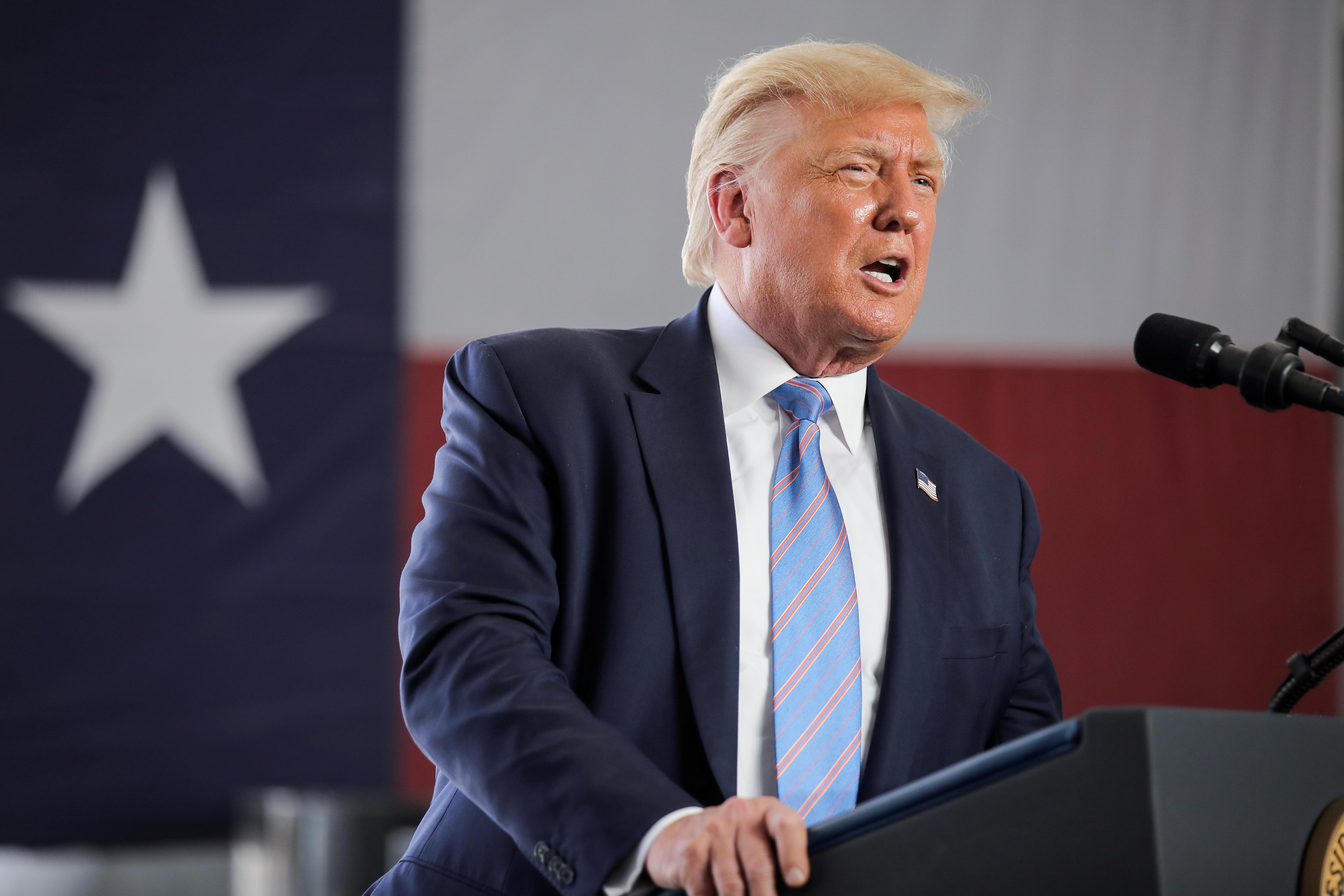 Trump’s 16th trip to Texas as president comes at a time when a number of opinion polls show him in an unexpectedly close race with Biden in Texas, a state that has voted Republican in presidential campaigns the last three decades.

Trump won the state by 9 percentage points over Democrat Hillary Clinton in 2016. Texas Republican Senator Ted Cruz has been sounding the alarm about fears Democrats could win Texas in the Nov. 3 election.

Trump is getting poor reviews for his handling of the coronavirus pandemic, for what was seen as a hands-off approach that he has sought to change in the past week with pleas for Americans to wear masks and practice social distancing.

At a pair of fundraising events in Odessa, Texas, Trump raised $7 million for Trump Victory, a money-raising committee that benefits his re-election campaign, the Republican National Committee and state parties.

Trump’s tax and regulation cuts has benefited the energy industry and pumped up U.S. production of oil and natural gas.

The president is trying to show on the campaign trail that Biden would adopt green policies promoted by liberal Democratic lawmakers that would roll back fossil fuel production at the cost of jobs and U.S. economic growth.

In his speech at the dry, dusty and hot site of the oil rig, Trump railed against what he called the energy policies of the “radical left” and vowed to protect the industry from green policies aimed at producing more renewable energy.

“We are going to tell the Washington politicians trying to abolish American energy – don’t mess with Texas,” he said.

Trump arrived in Texas as many oil firms are gearing up to report their worst quarterly results in years caused by the pandemic slowdown. Oilfield services companies Halliburton and Schlumberger NV posted multi-billion-dollar losses for their June quarters.

Exxon and Chevron both expected to report large losses on Friday. Importantly, many of the smaller energy companies received federal pandemic bailout money, according to a Federal Reserve Bank survey.