According to Business Insider, which obtained an advance copy of Woodward’s book, Trump spoke with the veteran reporter in late January about Khashoggi, who was a harsh critic of Saudi Arabia’s government. Khashoggi had also served as a columnist for The Washington Post until he was killed by Saudi agents in Istanbul in 2018.

Woodward, an associate editor of the Post who has worked at the paper since 1971, told Trump that the newspaper’s staff was highly distressed by Khashoggi’s death, which was allegedly ordered by Crown Prince Mohammed.

“[Khashoggi’s death] is one of the most gruesome things,” Woodward reportedly stated. “You yourself have said.”

“Yeah, but Iran is killing 36 people a day, so — ” Trump began, until Woodward pressed him to comment on the crown prince’s alleged involvement.

Trump went on to argue that Saudi Arabia was an important business partner for the United States, and repeated the crown prince’s claims that he had nothing to do with Khashoggi’s murder.

After Woodward asked Trump if he believed this, continued to refer to the importance of Saudi Arabia as a U.S. ally: “He says very strongly that he didn’t do it. Bob, they spent $400 billion over a fairly short period of time.” 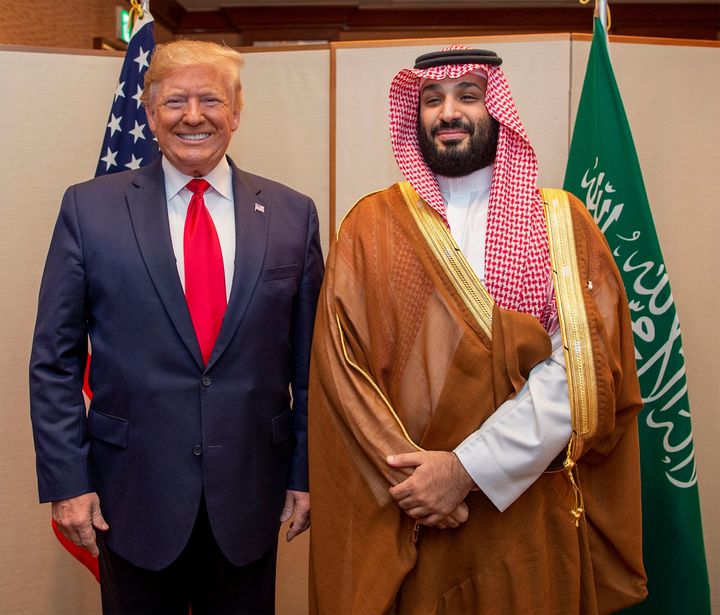 Experts have cast doubt on Trump’s claim that Saudi Arabia has invested hundreds of billions of dollars into U.S. military equipment and training, and the Pentagon has only said that Saudi Arabia signed “letters of offer and acceptance” for  $14.5 billion, as of November 2018.

Nevertheless, Trump has used similar rhetoric in the past. In June 2019, the president told NBC News’ Chuck Todd that in conversations with Crown Prince Mohammed, Khashoggi’s death had never come up, and his only Middle East priorities were keeping Iran from developing nuclear weapons and protecting Israel and Saudi Arabia.

“That’s all I care about,” Trump said at the time. “Look, Saudi Arabia is buying $400 billion worth of things for us. That’s a very good thing.”

In September 2019, Trump continued his support of Saudi Arabia, immediately calling the crown prince after Saudi oil facilities were attacked, allegedly by Yemeni Houthi rebels, and tweeting that the U.S. was “locked and loaded” and “waiting to hear from the Kingdom” regarding retaliation.