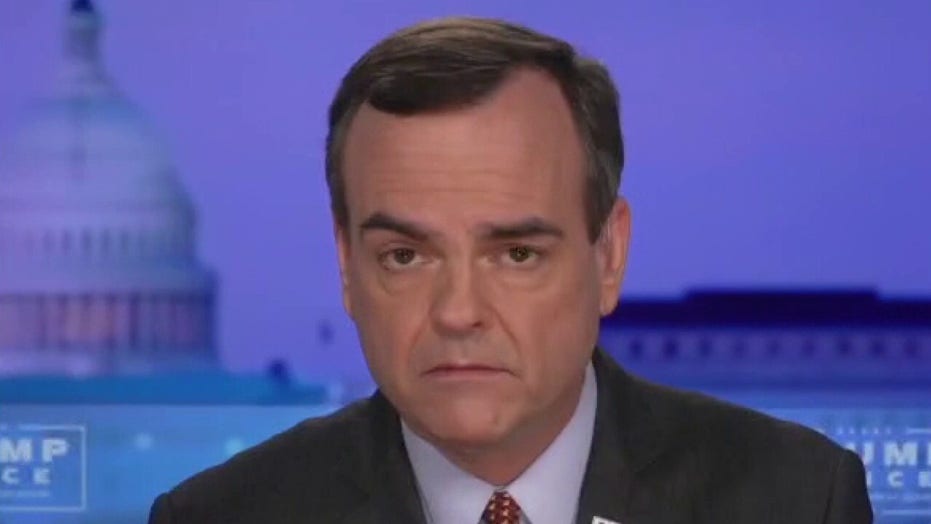 Tim Murtaugh, director of communications for the Trump campaign, joins Jon Scott with insight on ‘The Story.’

"Of course we are denying the report, because it is fake," Murtaugh told host Jon Scott, adding that "there are others who were there in Paris, as well, Jon, including the head of the president's Secret Service detail, who said it also didn't happen."

Multiple current and former White House officials, including former National Security Adviser John Bolton, have denied Trump made the remarks described by The Atlantic. Bolton told Fox News Friday, "I didn't hear either of those comments or anything even resembling them."

However, a former senior administration official who accompanied the president on the trip to France said Trump described the Vietnam War as "a stupid war" and said "anyone who went was a sucker."

The same official told Fox News the president would often say of American veterans, "What's in it for them? They don't make any money."

"He [Bolton] said if he had heard the president say those things, he would have written an entire chapter in his book about it," recalled Murtaugh. "I don't know what happened to journalism, where they [The Atlantic] have these four anonymous sources, they won't come forward and put their names on it, but The Atlantic is happy to run the story, and it happens to come out exactly at the moment where Joe Biden is in free fall in the polls."

Murtaugh added that Biden should be answering for the Veterans Affairs "scandals" during the Obama administration, when "people were waiting months, even years on waiting lists … [and] left to die on gurneys in the hallway."

"That is what President Trump cleaned up, and other veterans are getting the care they deserve and that is how the president shows his reverence for military veterans … and he has restored veterans' faith in the health care they receive, getting better access, better choices, and better treatment," he said. "That is how President Trump approaches the military."