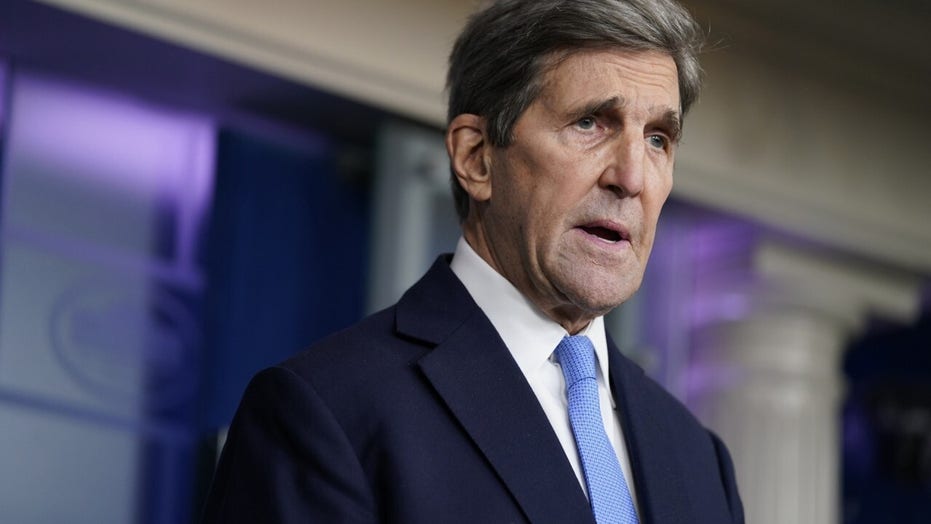 Leading environmental groups have been mostly mum when it comes to what many have described as a hypocritical use of private aviation by the nation’s top climate adviser.

Fox News reported on Wednesday that John Kerry, the White House’s special envoy on climate, previously took a private jet to Iceland, where he picked up an award for his leadership on the issue.

FAA records have indicated that his family still owns a private jet, which emitted 116 metric tons over the past year, or roughly 25 times more than the federal government says a typical passenger vehicle emits in a year.

Regardless, top groups in the fight against climate change haven’t been as critical as others who accused Kerry of glaring hypocrisy. Neither the Sierra Club, World Wildlife Fund, Greenpeace, nor Environmental Defense Fund responded to Fox News’ requests for comment. When contacted, the Natural Resources Defense Council referred Fox News to the White House, which has not responded to repeated requests for comment.

Groups did spend time praising President Biden. Greenpeace created an animated video celebrating Biden’s entry into the White House. The Sierra Club retweeted a post from Kerry as well as a message welcoming him to the movement.

Private jets have been estimated to emit upward of 40 times as much carbon per passenger as commercial flights.

Biden’s climate proposal is estimated to cost at least $1.7 trillion. That could grow, however, depending on how Democrats negotiate with him in Congress, where progressives such as Rep. Alexandria Ocasio-Cortez, D-N.Y., have been adamant about passing the ambitious Green New Deal.

During the campaign, Biden said he would use the Green New Deal as a framework for his climate plan, although his proposal cost significantly less than other plans that adopted that framework. Regardless, Biden’s plan aims for the type of economy-wide transformation advocated by more left-leaning members of his party.