George Eustice was invited onto Sky News to discuss the UK’s vaccination programme and a future trade deal with Australia. But host Stephen Dixon took the opportunity to grill the Environment Minister to see if reports in the Financial Times, which said ministers were fighting internally over the terms of the Australian deal, were true. Mr Eustice tried to deflect the question and state he always has “rigorous” conversations with fellow ministers to which Mr Dixon said his reaction “said it all”.

He asked: “Is it right that the international trade secretary is pushing for a zero-tariff approach with Australia across the board?”

Mr Eustice replied: “Well, I’m not going to get into discussions that are going on in government about individual trade agreement.”

But Mr Dixon then brought up a story from the Financial Times which reports ministers are locked into a “ferocious” internal battle over a zero-tariff Australia deal. 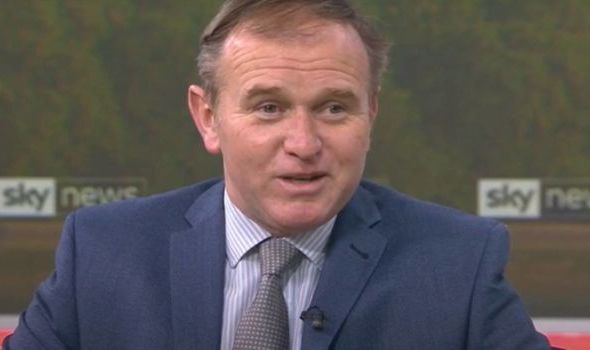 They report Cabinet Minister Michael Gove and Mr Eustice are in opposition to the zero-tariffs as they fear the political fallout from it.

Mr Eustice continued: “In any discussion on any part of government policy, trade agreements are no exception, there’s a discussion and there’s a consensus.

“At the moment there is a clear consensus in government that we want to do a trade deal with Australia but obviously on the right terms.”