The House is moving on after passing COVID-19 relief. Here’s a look ahead to what’s on the agenda. 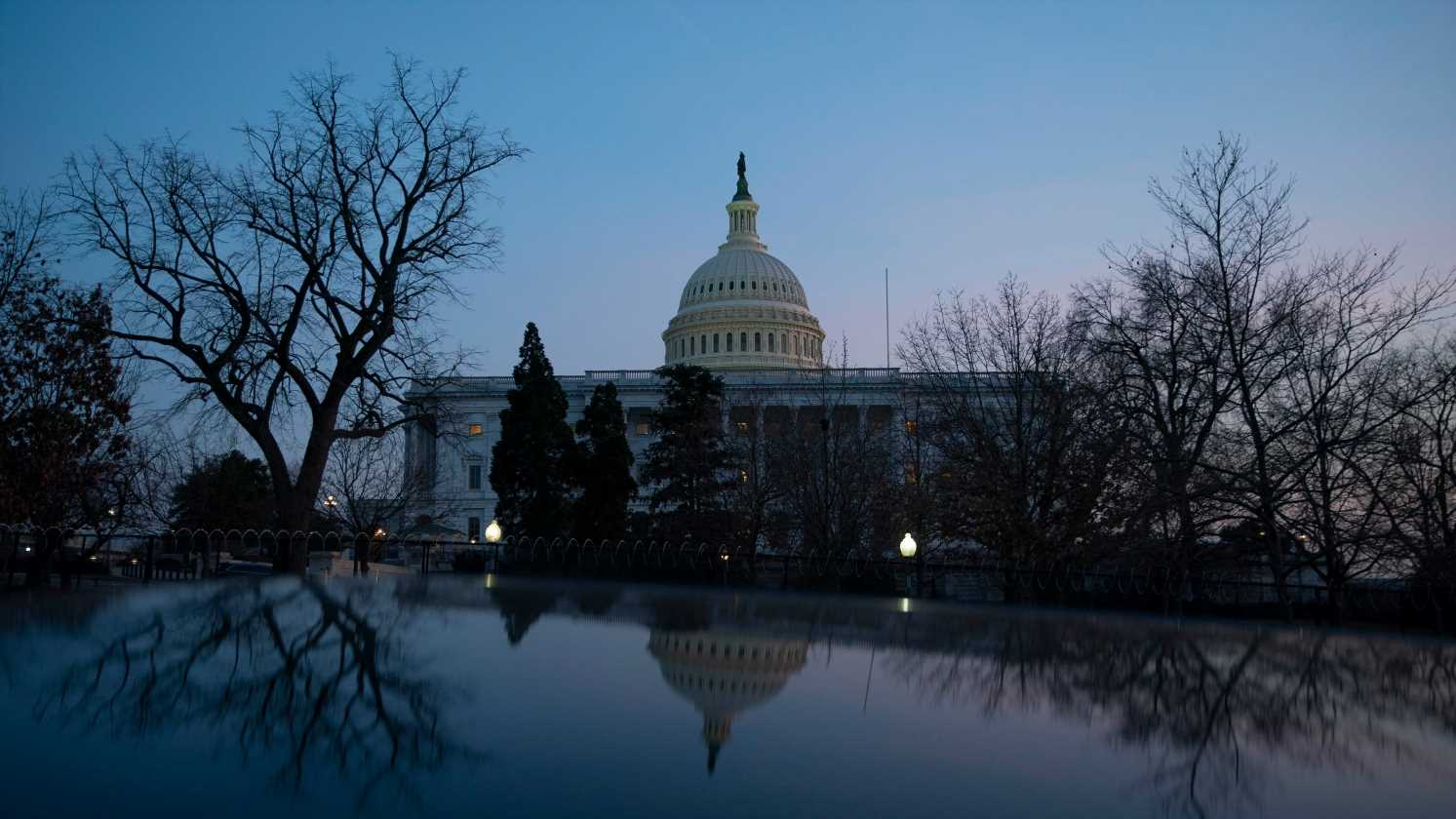 WASHINGTON – After giving final approval to President Joe Biden’s $1.9 trillion COVID-19 relief bill, the House of Representatives is looking ahead.

They are also looking to the Senate to pick up other legislation it has already passed, related to police reform, voting rights and labor issues.

However, most of the legislation was passed largely along partisan lines and now faces a 50-50 divided Senate with the looming prospect of the filibuster. Without at least 10 Senate Republican votes joining all 50 Democrats, legislation will not make it to Biden’s desk.

Some Democrats are pushing the use of the legislative mechanism “budget reconciliation” that would bypass the filibuster and allow passage of a bill by a simple majority. But that process brings with it specific constraints, and some Senate Democrats are not keen to it.

Here is some of what the House has passed so far, and what is on the agenda for the next few weeks:

What is coming up

The House will vote on H.R.8, gun control legislation meant to enhance reviews of those seeking to acquire firearms.

The bill makes it illegal for anyone who is not a licensed firearm importer, manufacturer or dealer to trade or sell firearms to another person; current federal law only requires background checks for licensed gun dealers.

In 2019, the bill was passed in the House with eight Republican votes, five of whom co-sponsored the package, but it did not receive a floor vote in the Senate.

The House will vote on H.R. 1112, the Enhanced Background Checks Act, that would close the so-called “Charleston loophole”.

The loophole allows firearm purchases to move forward after three business days, even if a background check has not been completed.

It is named for the 2015 mass shooting at Emanuel African Methodist Episcopal Church in Charleston, South Carolina, where nine people died after the gunman was able to purchase a firearm when the three-day window expired.

Opinion: My mom was killed in the Mother Emanuel church shooting. We must disarm racism and hate.

The last major law passed to curb gun violence was the Federal Assault Weapons Ban enacted by President Bill Clinton in 1994, but that had a 10-year sunset provision that has since expired.

Several attempts to renew it, including by President Barack Obama in 2013 after the Sandy Hook school shooting, were derailed in a Republican-controlled Senate.

The Enhanced Background Checks Act passed the House in 2019 with three Republicans supporting the measure and seven Democrats voting against it.

It did not receive a vote in the Senate.

Nearly half a century after the Equal Rights Amendment was passed by Congress, the proposal to enshrine equality for women in the U.S. Constitution has gained new momentum with the House voting on the legislation again.

The protections guaranteed by the ERA – providing specific protection for women as a class – are designed to end gender discrimination in broad segments, including employment, property rights and divorce.

The ERA states, in part, “Equality of rights under the law shall not be denied or abridged by the United States or by any State on account of sex.”

The ERA was passed by a majority-Democrat Congress on March 22, 1972, under President Richard Nixon. However, it failed to achieve ratification after it was sent to the states.

Equal Rights Amendment: Will women ever have equal rights under federal law?

To be added to the Constitution, it needed approval by legislatures in three-fourths – or 38 of the 50 – states by March 1979. The ERA received approval in only 35 states by that date.

Recently, states that didn’t ratify ERA bills introduced in their legislatures previously did so — Nevada in 2017, Illinois in 2018 and Virginia in 2020 — reaching the minimum of 38 states required by Congress for addition to the U.S. Constitution.

Those three states’ Democratic attorneys general recently sought to force the federal government to recognize Virginia’s vote last year to ratify the ERA and add the amendment to the Constitution.

A woman holds up a sign as members of Congress and representatives of women's groups hold a rally to mark the 40th anniversary of congressional passage of the Equal Rights Amendment (ERA) outside the U.S. Capitol March 22, 2012, in Washington, D.C. (Photo: CHIP SOMODEVILLA, GETTY IMAGES)

Twenty-six years since the Violence Against Women Act (VAWA) was signed into law, the House is poised to vote on it again.

Originally included in a omnibus crime package in 1994, VAWA primarily used federal grants to help victims of domestic violence, sexual assault and stalking while trying to reduce those crimes.

While the House passed a reauthorization bill in April 2019 with some updated provisions, GOP senators stalled a vote.

The most recent version of the bill passed by the House last year intended to close the “boyfriend loophole,” which proved to be a large point of contention for many Republicans.

Biden has introduced a comprehensive immigration plan, but the House is planning on voting on smaller, standalone bills this month.

Now, the House is gearing up to reintroduce and vote on the American Dream and Promise Act, which would create a pathway to citizenship for Dreamers, and others who have temporary protected status.

The legislation passed in the House with bipartisan support in 2019, but it was never taken up in the Senate.

A group gathers on the steps of Utah’s Capitol in Salt Lake City in 2017 in support of “Dreamers.” (Photo: Al Hartmann/The Salt Lake Tribune via AP)

The US Citizenship Act

The House will vote on legislation that would give immigrants who have been granted limited permission to work and live in the U.S. a pathway to citizenship.

According to Pew Research, approximately 400,000 U.S. immigrants currently have temporary protected status, which offers a reprieve from deportation for those who fled nations because of war or other extraordinary conditions that could make it unsafe to remain there.

The proposed legislation would allow TPS recipients who meet certain criteria to apply for green cards, and then citizenship three years afterwards if they pass additional background checks, and more.

The Senate already passed the bill over the weekend after a marathon session. Now that the House has passed the legislation, it will go to Biden for his signature, and then stimulus checks will start to go out in a matter of weeks.

The House first passed the bill at the end of February, but the Senate took it up the next week, and made changes to the bill. The House then had to vote on that amended version of the bill.

For the People Act

The House on March 3 passed the For the People Act, which would provide sweeping reforms to protect voters’ rights, increase election security, mandate independent redistricting and more.

The For the People Act was first introduced and passed in 2019 during the last Congress, but it had no chance of becoming law when Republicans controlled the Senate. Then-Senate Majority Leader Mitch McConnell, R-Ky., called it a “terrible bill” and did not give it floor time.

The bill, among other things, seeks to increase voter turnout by expanding early voting, lessening identification requirements, and requiring states to set up automatic registration for federal elections for eligible voters.

It would also require states to automatically register felons once they’ve completed their sentences, expand voter access to absentee and mail-in voting, and fight to lessen the influence of gerrymandering.

Republicans have said the bill, which allows voters to register on Election Day, would make verification harder and lead to increased fraud.

Also on March 3, the House passed the George Floyd Justice in Policing Act, ushering in a series of police reform measures in the wake of national uprisings against racial injustice and police brutality.

The policing reform bill aims to bolster police accountability and prevent problem officers from moving from one department to another by creating a national registry to track those with checkered records. It also would end certain police practices that have been under scrutiny after the deaths of Black Americans in the last year.

The legislation was first introduced last year amid nationwide protests over racial inequality following the death of George Floyd. It passed the House in the last Congress with a bipartisan vote, though it passed last week on mostly partisan lines.

Floyd died May 25, 2020, after a Minneapolis police officer, Derek Chauvin, knelt on his neck for more than nine minutes as Floyd cried out that he could not breathe.

The reintroduced bill would: prohibit profiling based on race and religion and mandate training on profiling; ban chokeholds, carotid holds and no-knock warrants; require the use of federal funds to ensure use of body cameras; establish a National Police Misconduct Registry; amend the prosecution standard for police from “willfulness” to “recklessness” and reform qualified immunity; and require stronger data reporting on police use of force.

The qualified immunity provision remains a sticking point for Republicans senators. Qualified immunity is a legal doctrine that can shield police officers from being held personally liable in civil court if they kill someone.

Cortez Rice, left, of Minneapolis, sits with others in the middle of Hennepin Avenue on March 7, 2021, in Minneapolis, Minn., to mourn the death of George Floyd a day before jury selection is set to begin in the trial of former Minneapolis officer Derek Chauvin, who is accused of killing Floyd. (Photo: Jerry Holt, Star Tribune via AP)

The House in February passed sweeping legislation prohibiting discrimination on the basis of sex, sexual orientation and gender identity, though it faces an uncertain future in the Senate.

The legislation amends civil rights laws including the landmark Civil Rights Act of 1964, which had banned discrimination on the basis of race, color, religion and national origin, to include protections on the basis of sex, sexual orientation and gender identity. It also would prohibit such discrimination in public places, on transportation and in government-funded programs.

Signing the Equality Act is one of Biden’s top legislative priorities.

Some conservatives and Republicans have expressed concerns that the legislation could infringe upon religious liberty or lead to inequality in athletic competitions if transgender women compete against cisgender women.

In a win for the labor movement, the House on Tuesday passed legislation that would reform labor laws and give workers more power to organize after decades of setbacks to unions.

The Protecting the Right to Organize Act, also known as the PRO Act, was previously passed by the House in early 2020, but the Senate, then under Republican control, failed to take it up.

The House passed it again Tuesday, largely along party lines.

The bill includes provisions to expand the definition of employee for the purpose of allowing independent contractors to join unions, upend so-called “right-to-work” laws by allowing bargaining agreements to require dues by all employees represented by the agreements, and prohibit certain anti-union actions by employers and retaliation toward workers who participate in organizing.

The bill would also give the National Labor Relations Board the ability to fine and penalize companies that do not comply with fair labor practices. It could also open the door for contractors at companies like Uber and Lyft to collectively organize.