(Reuters) – The following are quotations on Tuesday from the third day of U.S. House of Representatives Intelligence Committee public hearings in an impeachment inquiry examining President Donald Trump’s dealings with Ukraine:

Schiff, a Democrat, opened the proceedings by addressing the allegations against Republican Trump, which include that he asked Ukrainian President Volodymyr Zelenskiy in a July 25 phone call for Ukraine to carry out investigations that would benefit Trump politically.

“If the president abused his power and invited foreign interference in our elections, if he sought to condition, coerce, extort, or bribe an ally into conducting investigations to aid his re-election campaign and did so by withholding official acts — a White House meeting or hundreds of millions of dollars of needed military aid — it will be up to us to decide, whether those acts are compatible with the office of the presidency.”

Nunes, the top Republican on the committee, denounced the U.S. news media as “puppets of the Democratic Party” who are in “a fevered rush to tarnish and remove a president.”

“The media, of course, are free to act as Democrat puppets, and they’re free to lurch from the Russia hoax to the Ukraine hoax at the direction of their puppet masters.”

Nunes also accused Democrats of trying to “topple” Trump because they fear his re-election next year: “These hearings are not designed to uncover new information, they’re meant to showcase a handpicked group of witnesses who the Democrats determined, through their secret audition process, will provide testimony most conducive to their accusations.”

“At no time was I aware of or knowingly took part in an effort to urge Ukraine to investigate former Vice President Biden,” said Volker in prepared remarks.

Volker said he did not realize that investigating Ukrainian corruption had become conflated with investigating Biden. “In retrospect, I should have seen that connection different, and had I done so, I would have raised my own objections,” he said.

“It is improper for the president of the United States to demand a foreign government investigate a U.S. citizen and a political opponent. … It would undoubtedly result in Ukraine losing bipartisan support, undermining U.S. national security and advancing Russia’s strategic objectives in the region.”

“Without hesitation, I knew that I had to report this to the White House counsel,” Vindman said when asked about his reaction to Trump’s call with Zelenskiy.

Vindman, who was born in the former Soviet Union, addressed his father: “Dad, my sitting here today in the U.S. Capitol, talking to our elected officials, is proof that you made the right decision 40 years ago to leave the Soviet Union and come here to the United States of America in search of a better life for our family. Do not worry. I will be fine for telling the truth.” 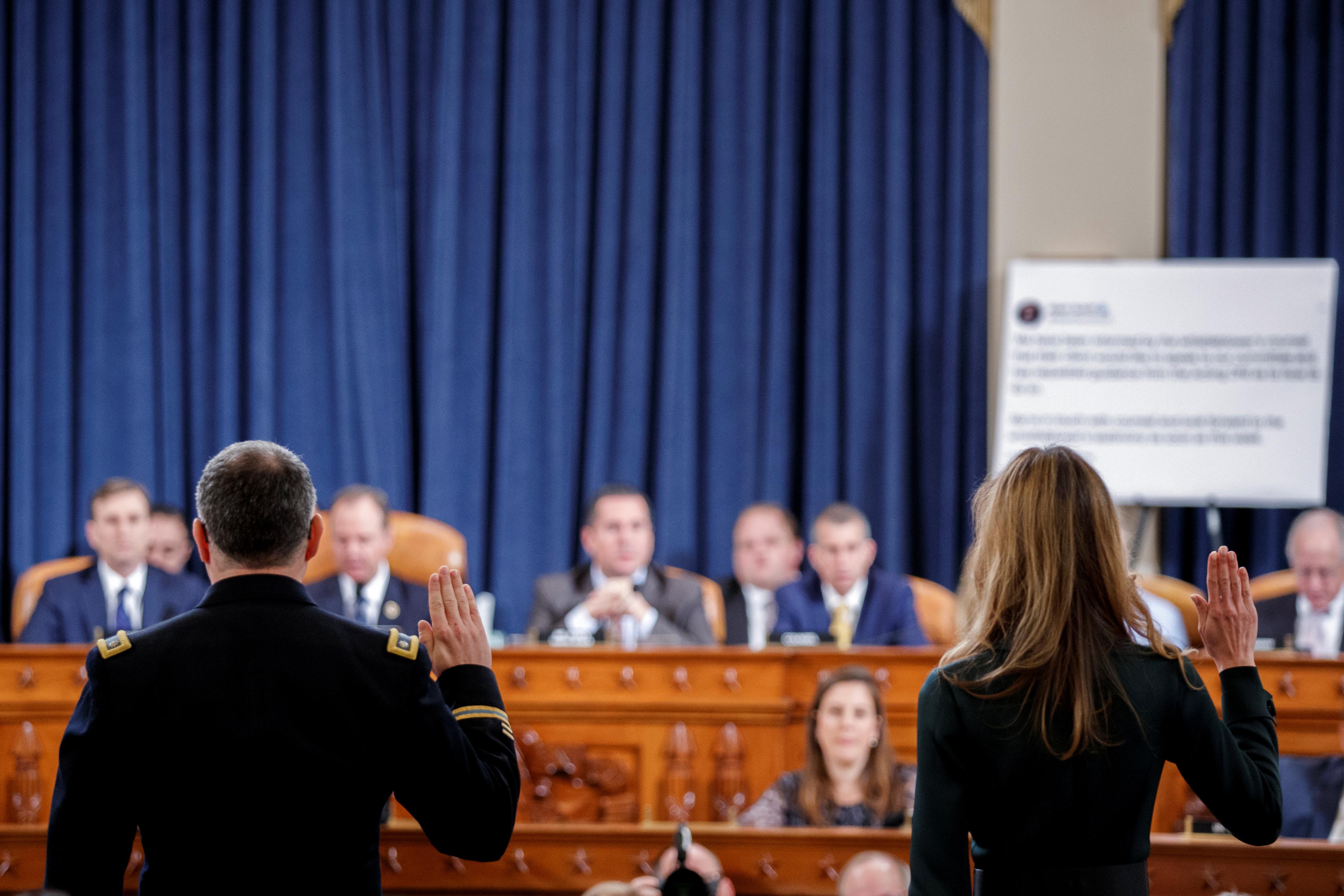 “I found the July 25th phone call unusual because, in contrast to other presidential calls I had observed, it involved discussion of what appeared to be a domestic political matter.”

“This is scary what these guys are putting our country through. It is sad, it is scary, it is wrong.”

Reporter: Virus 'couldn't come at a worse time' for China

Trump Threatens Schiff: 'He Has Not Paid the Price, Yet'