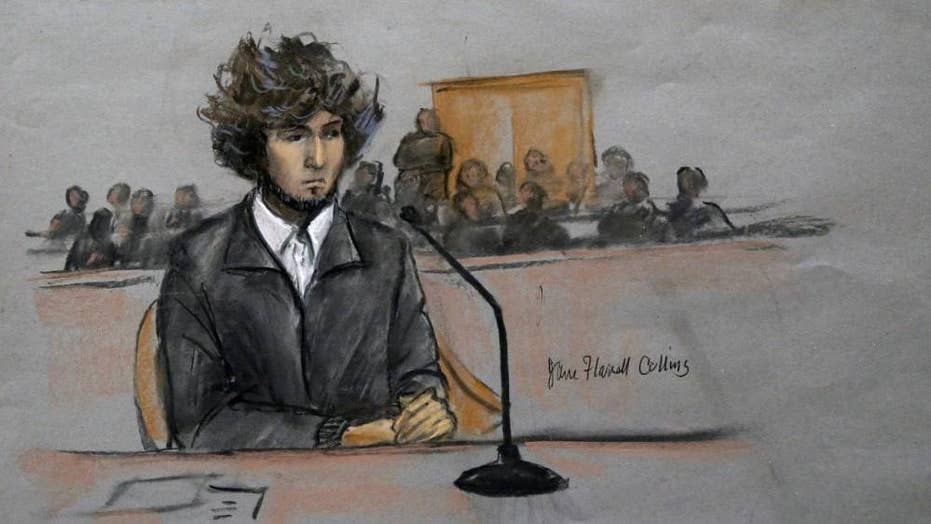 Tsarnaev’s attorneys argued before the First Circuit Court of Appeals that their client’s trial wasn’t fair.

Senate Democrats cleared the way for convicted murderers like Boston Marathon bomber Dzhokhar Tsarnaev to receive stimulus checks when they passed the American Rescue Plan of 2021 last March without a GOP amendment that would have blocked inmates from receiving the checks.

Tsarnaev has been ordered by prosecutors to return a $1,400 COVID-19 relief payment he received last summer along with other money sent to him, according to a court filing Wednesday. 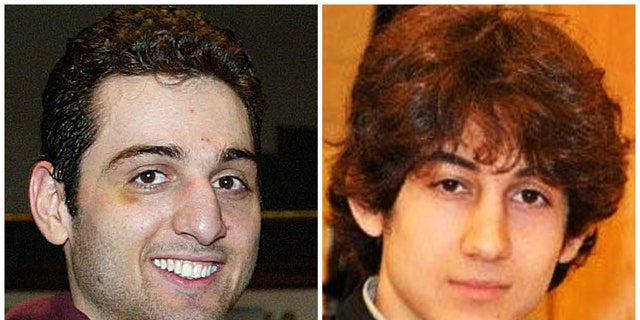 This combination of undated file photos shows the two brothers the FBI initially said were suspects in the Boston Marathon bombing on Monday, April 15, 2013, Tamerlan Tsarnaev, 26, left, and Dzhokhar Tsarnaev, 19.
(The Associated Press)

Tsarnaev so far has only paid $2,202.03 of the more than $101 million in restitution owed to his victims. The filing said the $1,400 in COVID-19 relief money should instead be used as restitution.

Tsarnaev was sentenced to death two years after the 2013 Boston Marathon bombing, which left three people dead and hundreds hurt. The death sentence was overturned in 2020 after a court ruled that a trial judge erred by excluding some evidence. An appeal to reinstate his death sentence is before the U.S. Supreme Court.

Sen. Tom Cotton, R-Ark., warned in March that convicts like Tsarnaev would benefit from the $1.9 trillion coronavirus relief bill, which included $1,400 stimulus checks for individuals making less than $75,000.

“Dzhokhar Tsarnaev, the Boston Bomber, murdered three people and terrorized a city,” Cotton wrote in a March 6 tweet. “He’ll be getting a $1,400 stimulus check as part of the Democrats’ ‘COVID relief’ bill.”

Cotton, along with Sens. Bill Cassidy, R-La., and Ted Cruz, R-Texas, offered an amendment on the floor at the time to block checks from prisoners, but it failed on a party-line vote, 49-50.

Both Cotton and Cassidy voted in favor of two COVID-19 relief bills under the Trump administration that also did not exclude prisoners from receiving stimulus checks. Cruz voted against both bills that offered $1,200 and $600 checks. 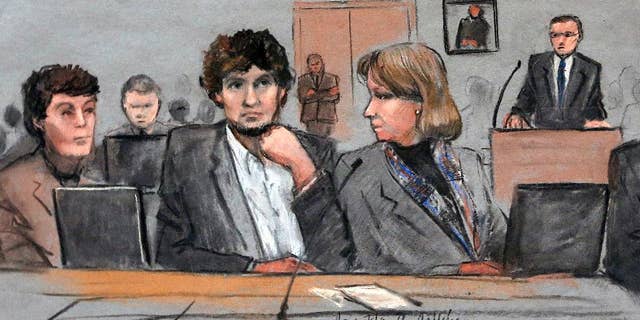 Sen. Dick Durbin, D-Ill., argued in March that prisoners’ children could be affected by withholding the money from them.

Democrats pushed through the legislation in a party-line vote of 50-49 on March 6. The final amended bill was passed by the House a few days later, with Rep. Jared Golden, D-Maine, as the sole Democrat to vote with Republicans, and President Biden signed the bill into law on March 11.