Sen. Rick Scott, R-Fla., introduced a bill Thursday that would install safeguards against the possibility that funds set aside for Palestinian relief efforts in the Gaza Strip will be used to restock Hamas’ military arsenal.

The bill would require the Biden administration to certify to Congress that the pledged relief funds can be dispersed without risking a benefit to Hamas, Palestinian Islamic Jihad or any other group deemed a terrorist organization. It would also bar use of U.S. funding through international organizations to support groups deemed to be “encouraging or teaching anti-Israel and anti-Semitic ideas and propaganda.”

“For 11 days this month, we saw Hamas rockets rain down on our great ally Israel. Instead of coming together to stand for Israel and condemn these terrorists, we saw the Democrats turn their backs on Israel,” Scott said in a statement. “Now, President Biden’s State Department is confused about how to prevent American taxpayer dollars from going to terrorists. This lack of accountability or concern is absolutely disgusting and I won’t allow it.”

Scott’s bill was co-sponsored by fellow Republican Sens. Joni Ernst of Iowa and Cindy Hyde-Smith of Mississippi. The State Department has pledged an additional $110 million in funding to aid development and reconstruction in Gaza. 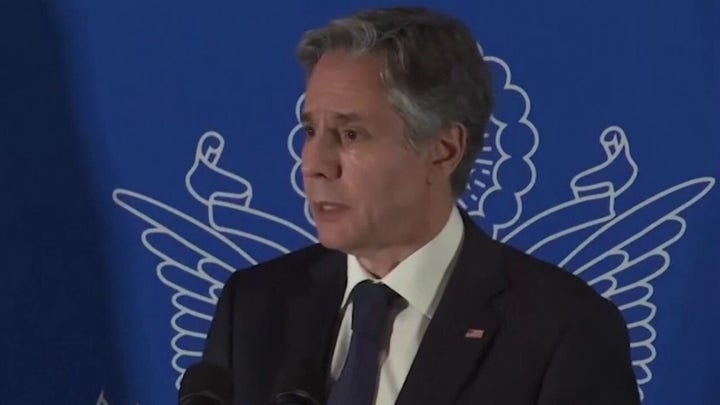 President Biden said his administration would work with the United Nations and other entities to “provide rapid humanitarian assistance” and reconstruction aid in the Gaza Strip. The pledge followed 11 days of violent clashes between Israel and Hamas militants.

Biden said his administration would coordinate with the Palestinian Authority to ensure Hamas did not gain access to the funds. But at a briefing last week, a top State Department official acknowledged there was a possibility Hamas could use the money.

“As we’ve seen in life, as we all know in life, there are no guarantees, but we’re going to do everything that we can to ensure that this assistance reaches the people who need it the most,” the official said.

Top Republicans have called on Biden to affirm U.S. support for Israel amid pushback from progressives within the Democratic Party. Earlier this month, Scott led a group of more than a dozen Republican senators who unveiled a resolution confirming Israel’s “right to defend itself” against aggression.