The lawyer’s flubbed tweet was meant to be a criticism of Joe Biden’s first call with Xi as US president, suggesting Biden was not tough enough.

Chinese names are usually transliterated according to the dialectal pronunciation of the person’s name, which in Xi’s case, is Mandarin. “Zi Jingming” corresponds to completely different Chinese characters.

There appears to be no record — at least in Romanized letters — of a Chinese politician of that name.

Biden had his first call with Xi — the head of the Chinese Communist Party (CCP) — on Wednesday, and raised issues including Beijing’s crackdown on Hong Kong democracy, trade practices, and human-rights concerns.

After the call, Biden tweeted that he had told Xi he “will work with China when it benefits the American people.” 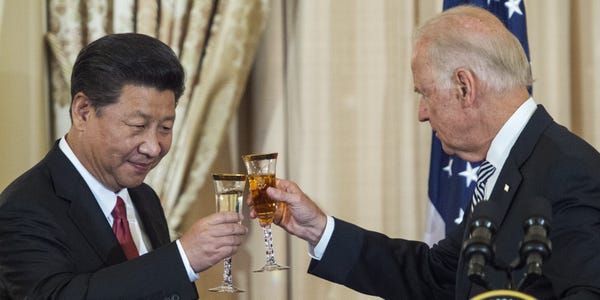 Giuliani was nonetheless skeptical of Biden’s assertion of firmness, saying China was guilty of “spreading” the novel coronavirus worldwide and asking if the president had raised this.

An Associated Press investigation in June 2020 found that China had delayed alerting the World Health Organization to the virus, widely believed to have originated in the Chinese city of Wuhan, by several days.

There is no suggestion that the country “spread” the disease, with WHO investigators on Wednesday ruled out the theory that the virus was created in a lab and then leaked.