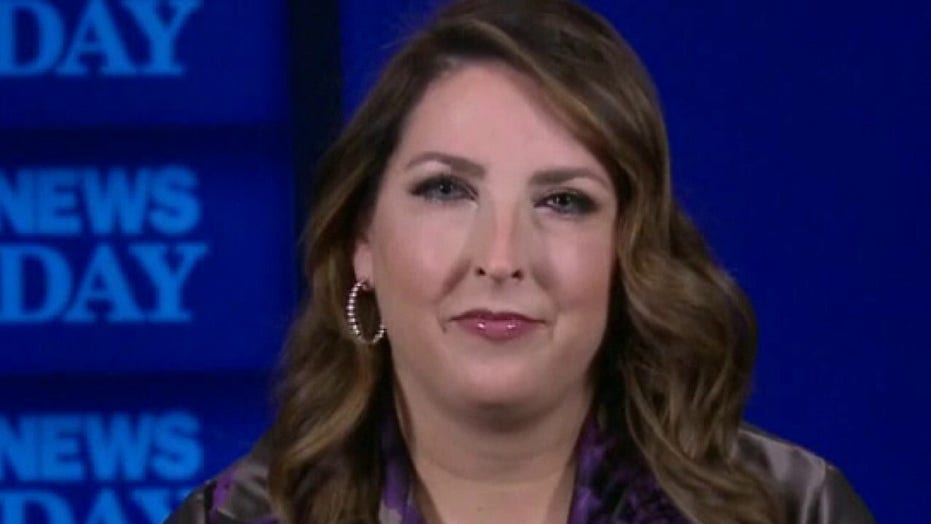 Biden raised eyebrows during last week's presidential debate when he said he would "transition" away from oil, then claimed during a series of interviews with local Pennsylvania news outlets that he is not planning any drastic measures.

"Joe Biden is saying whatever it takes and he's lying to the American people," McDaniel told "Fox News Sunday," pointing to Biden's inconsistent messaging when it comes to fracking.

Biden has regularly said that he only intends on banning new fracking on federal lands, but during a 2019 Democratic primary debate, he said "we would make sure it's eliminated and no more subsidies for … any fossil fuel."

McDaniel claimed that Biden was intentionally equivocating on issues, including his stance on court packing.

"Everything that Joe Biden is running on is 'how do I be not transparent to the American people, how do I hide in my basement, how do I prevent the people of this country from actually knowing how I'm going to govern?"

In reality, McDaniel claimed, a win for Biden and running mate Sen. Kamala Harris, D-Calif., would be the "most progressive, radical takeover of our country."

Earlier in the interview, McDaniel faced questions regarding President Trump's recent optimistic statements about the coronavirus pandemic, where he claimed the country is "approaching the light at the end of the tunnel," despite Friday seeing a record number of new cases with more than 85,000.

McDaniel said that despite the rise in cases, deaths are lower than they were, a vaccine appears to be on the way, and there have been advances in therapeutics.

Lates News:
2020-10-25
Previous Post: China expected to be the only major economy to grow in 2020
Next Post: Whitmer thanks FBI, blames Trump admin after kidnapping plot foiled