Middleton has dedicated his life’s work to the committee for nearly 57 years.

But it is the memories of the people he met and the relationships he’s built along the way that kept him working at the RNC.

Middleton served in the U.S. Army, drove periodically for Ringling Bros. and Barnum & Bailey Circus, and became the permanent driver for Leon Cherner, president of the Cherner Motor Co., a Ford dealership in Washington, D.C., before landing a position with the RNC. 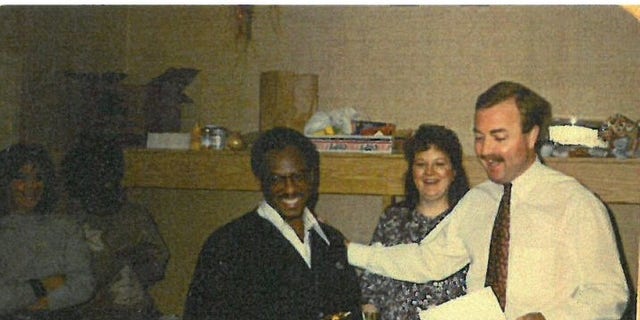 “I drove Leon Cherner,” Middleton explained in an interview with Fox News. “And he said to me, ‘Do you want to drive all your life?’ I said ‘No.’ He said, ‘Well you go down to the RNC and you tell Ab Hermann I say to give you a job.”

Middleton described his concern with marching into the RNC to tell Hermann to give him a position, but the then 23-year old Middleton did as Cherner suggested and spoke with RNC executive director.

“He said yes,” Middleton explained, describing his conversation with Hermann. “He said ‘Actually, I need a driver right now.’”

“That’s where my history started,” the RNC loyalist explained.

Middleton, now a Senior Operations Associate, climbed the ranks, moving from driver to running the committee’s print shop for more than 25 years.

“Everything that went out of the building was printed,” he reminisced.

Middleton has met every Republican president from Ronald Regan through Donald Trump, but the relationship he built with George H. W. Bush – who he dubbed Daddy Bush – were amongst his fondest memories.

The two met when Bush became RNC chairman in 1974.

“I started a ball team, and he asked if he could play on my ball team,” Middleton explained.  “I said, ‘You’re the chairman, how can I stop you from playing?’” he added chuckling.

The RNC staffer was glad to let Bush play, remembering how he had played for Yale University during his college days.

Middleton also got to know George W. Bush prior to his presidency. 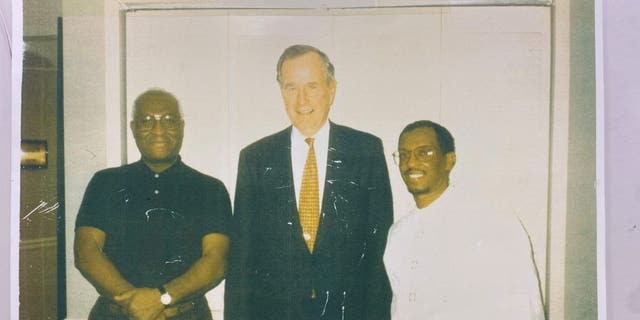 “He came one day when Daddy Bush was at the office,” Middleton explained, remembering a visit by a younger George W. Bush. “And he came from playing tennis. And he [Bush senior] said, ‘Get out of here, go get yourself dressed, put your suit on and come back to see me’.”

“Right then I knew that he was going to be president,” Middleton recalled with a laugh.

Their friendship continued through Bush’s presidency in the late ’80s.

“He used to come down and meet me whenever he was up on the Hill,” Middleton recalled.

Middleton would eventually attend Bush’s funeral service in 2018 at the U.S. Capitol, arriving in a car sent for him by the Bush family.

Despite a lengthy career, the RNC devotee has no intention of leaving just yet.

“I would like to stay as long as they let me, but my wife says ‘you can come home now and do some work’,” he said with a laugh, adding that he has been married to his wife Geneva for 60 years.

Middleton celebrated his birthday last weekend with 40 of his family members, enjoying a BBQ, crabs, and what Middleton described as “most importantly, dancing.”

“They said ‘Hey Granddaddy still got it’,” Middleton said chuckling, describing how he danced with his grandchildren.

Middleton was thrown a surprise block party in his Capitol Hill neighborhood before the RNC threw him another surprise party Friday.

A room has been dedicated by the committee to Middleton in honor of his longtime service to the RNC.